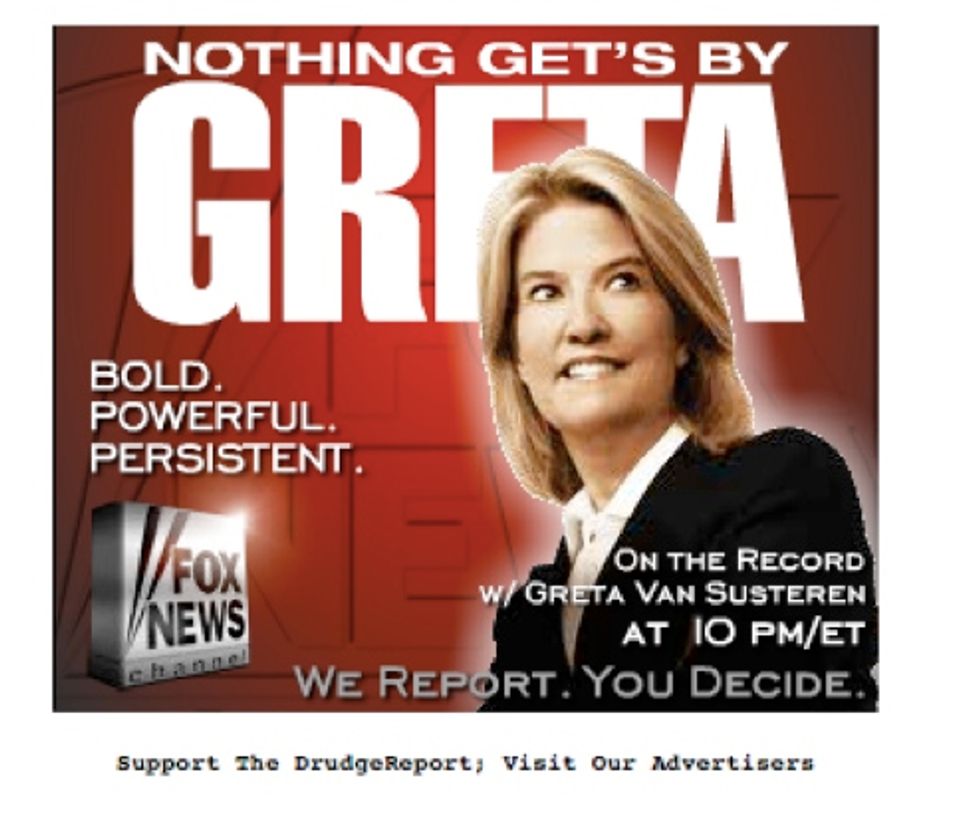 Fox News dip-whistle Greta Van Susteren wants to see pictures of Pluto, you guys!!!! And she knows NASA drove by Pluto LAST YEAR and took some pretty pictures, why won't NASA let her seeeee themmmmmm? Pluto is her faaaaaaaavorite!!!! Come on, NAAAAAAAASA, show her the pictures of Pluuuuuuutooooo!

she wants to see them RIGHT NOW

Like, can't NASA just go to the Walgreens and say, "Hi, we are the space explorers, and we would like you to develop these rolls of film we took on our field trip to Pluto?" And can't the Walgreens say, "Yes, space friends, we should have these ready tomorrow after 5!" And couldn't NASA say, "Oh, but Greta the Fox News lady is REALLY excited about these pictures, like she's literally leaking pee everywhere on Twitter right now about her MOTHERFUCKING TAX DOLLARS, could you possibly do one-hour photo?" And couldn't Walgreens say, "Wait, we thought Todd Starnes was the one at Fox News who was into leaking pee?"

And couldn't they agree that yes, Todd Starnes is the resident Fox News pee enthusiast (sources allege), and just get the pictures developed, so Greta can SEEEEE THEMMMMMMMM?

One of the Pluto pics Greta has such a boner for.

Jezebel points us in the direction of a Gizmodo post explaining in 2015 that it really would take a long time for us, and Greta, to get to see pictures of Pluto that had just been taken. Yes, NASA and all the science guys knew in advance it would take OVER ONE WHOLE YEAR. The long version is, ahem, the long version, but the short version is that Pluto is three billion fucking miles away and space internets are SLOW.

Like, you know that thing when you are lying by the pool on your multi-million dollar estate property looking at cat videos on your iPad, and the King of Spain, who is visiting right now, says, "Ay dios mio, those gato videos sure have been buffering a long time!" And you say, "Yes, King of Spain, it's because my manor is so large and the modem is all the way over there in the east wing of the house, so it's gonna take a minute. Cool your fuckin' jets, your Royal Highness."

WELL IT'S EVEN SLOWER THAN THAT WHEN YOU HAVE TO SEND INFORMATION FROM THE EDGE OF THE SOLAR SYSTEM THROUGH OUTER SPACE, GRETA, OUTER SPACE.