Grifter Herman Cain Sold Campaign $100k Worth of His Own Books 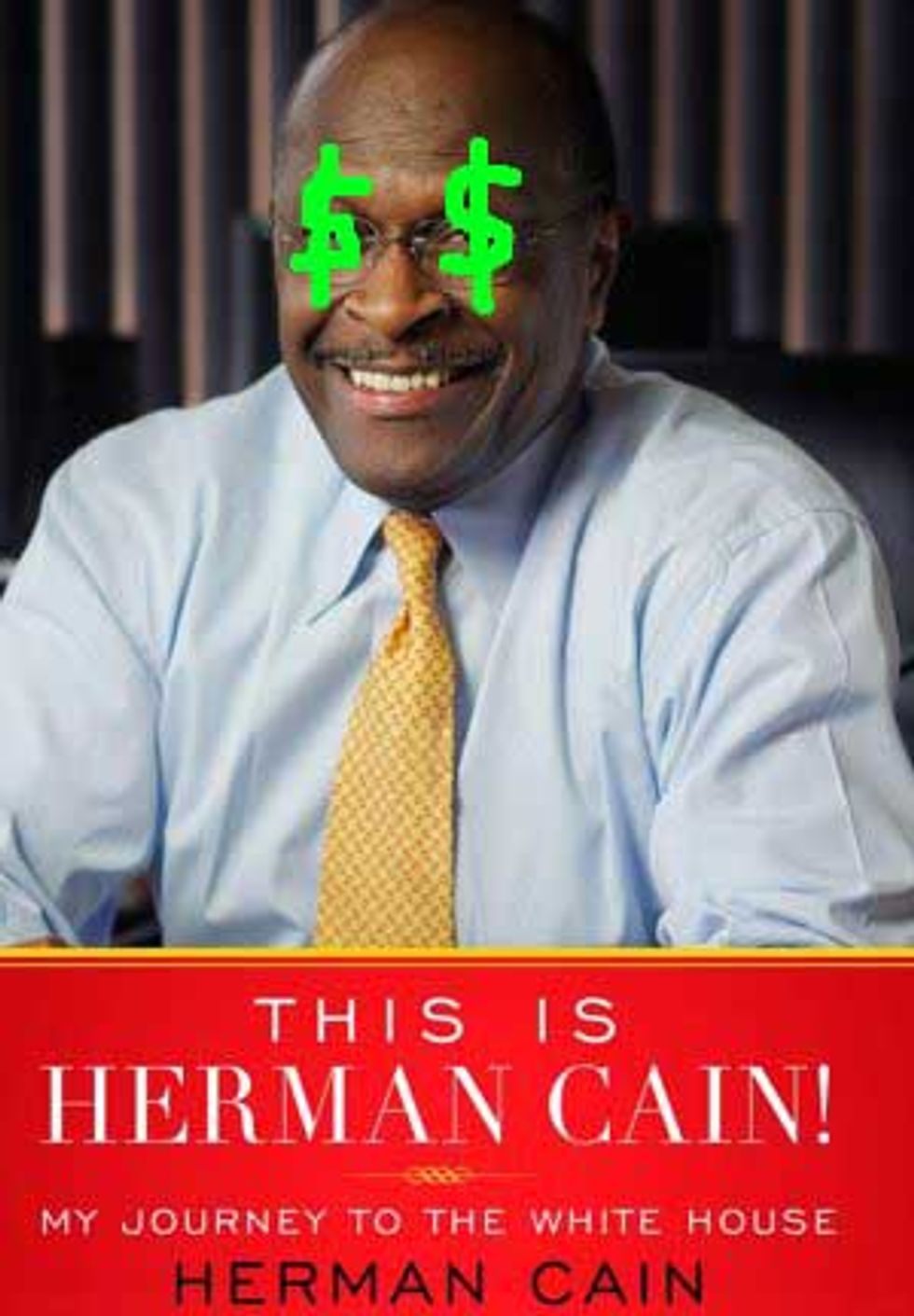 Oh, this is cute: delusional pizza man Herman Cain made his presidential campaignpurchase over a hundred grand in copies of his own weird book sold by his own for-profit company! That is why God invented long-shot political campaigns after all, to help ambitious grifters shill prematurely titled books like This Is Herman Cain! My Journey to the White House filled with curious exhortations to illiteracy such as "I like to say I'm a leader, not a reader." Only SHEEPLE read. Anyway, Herman Cain will keep running for president until all his books about the pointlessness of reading are sold, to his campaign. Good "business plan."

Given any money to Herman Cain lately? There’s a decent chance some of it went directly into the coffers of a for-profit company Cain runs.

In the Federal Election Commission (FEC) report his campaign filed in July, Cain’s team reported sending $50,831.35 to T.H.E. New Voice. The expenditures listed included “booklets” and “books” (presumably copies of the handful of short pamphlet-like books available for sale at THE New Voice website along with Cain’s new full-length book, This Is Herman Cain!, published by a division of Simon and Schuster), along with items such as “overnight”, “lodging”, “ground transportation” and “air fare.”

How to make money in tough times: run for President. [TPM]