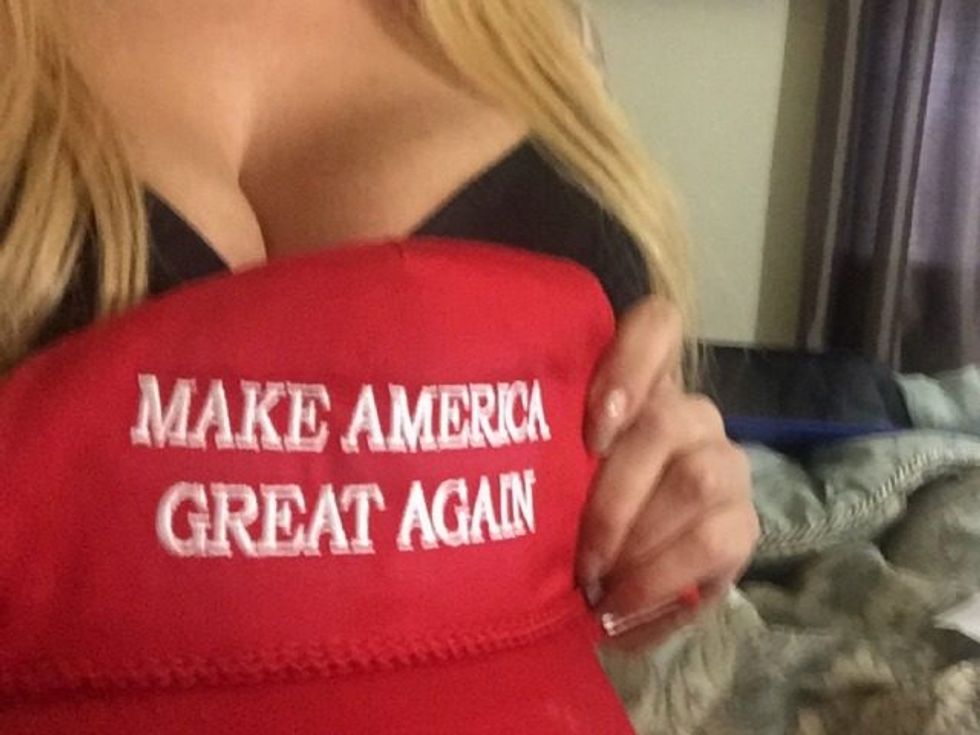 WATCH: Fox Sports' @ClayTravis tells @BrookeBCNN the two things he cares about are "the first amendment and boobs.."

Indispensable tweet machine Yashar Ali has some grossness to end our day, and it is Brooke Baldwin of CNN being completely slimed on by a Fox Sports maggot. Watch it above! Live through the perfectly distilled douchery of one Clay Travis, who is talking about Jamele Hill and the teeny kerfuffle at ESPN this week, when Hill, an ESPN anchor, tweeted (correctly) that Donald Trump is a white supremacist.

Katy Tur's book is out today too! Surprise, it features a story about how Donald Trump is a filthy piece of trash.

There are only two things in this country that have never let me down, Travis intones, and that is the First Amendment and boobs. Baldwin's other guest, Keith Reed, is so disgusted with Travis that he can't stop making Tucker Carlson Face. Baldwin herself takes about a minute to determine that yes, he's coming on her show to make like a common Donald Trump popping Tic-Tacs and mauling Katy Tur's face.

Wonkette is ad-free, independent, womyn-owned, and ALL OUR EXPENSES are provided by generous ungross souls LIKE YOU. Fork it over, please!