Guardian Rolls Out Comedy Section With Paean to Ayn Rand 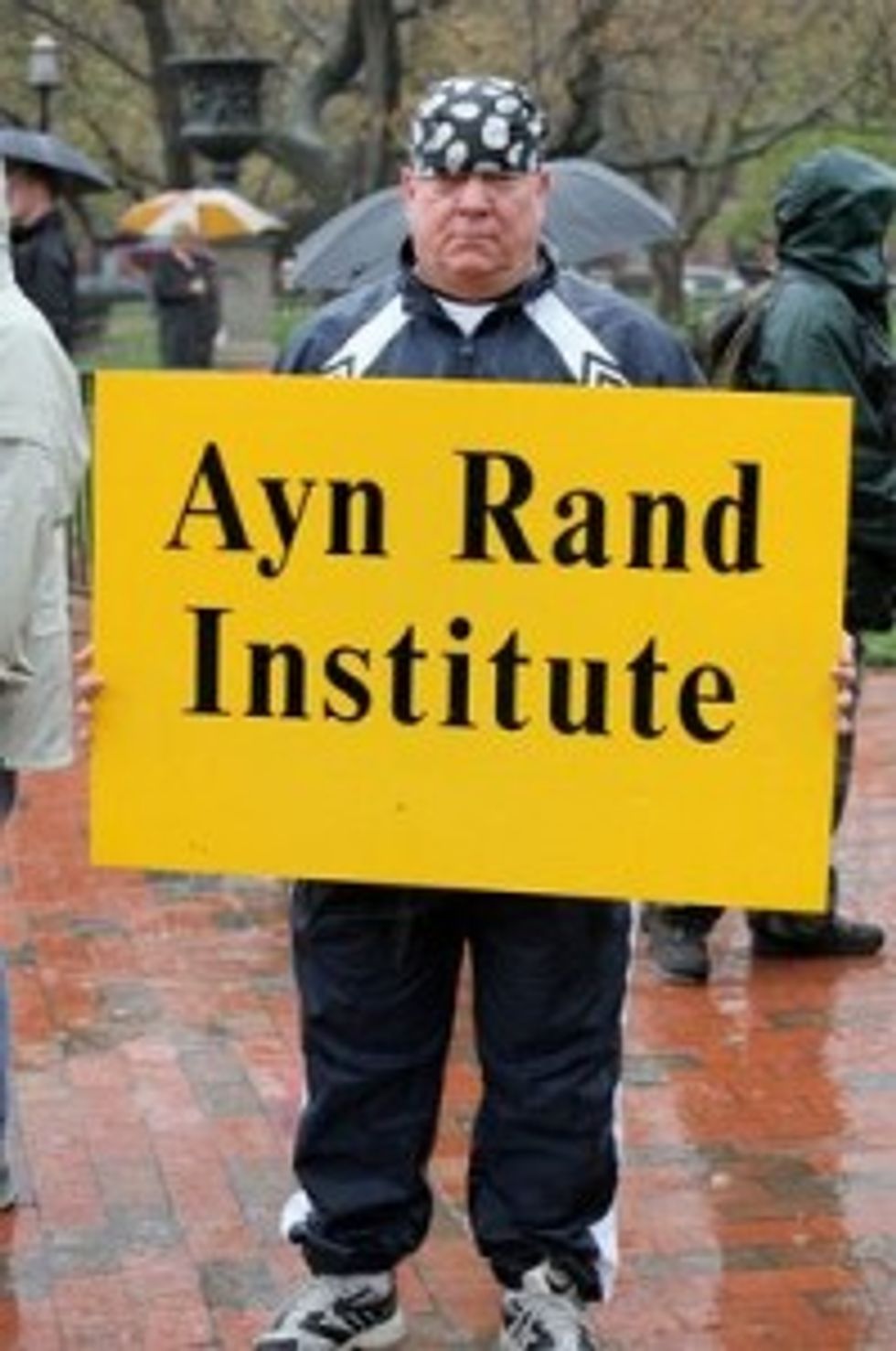 What the hell is going on over at the Guardian, you might be wondering, given that they recently let former Bush speechwriter Josh Treviño post an18-paragraph column explaining why he wrote a 23-word tweet, over a year ago, that expressed nonchalance at the idea of the IDF killing novelist Alice Walker? (Hint: it has to do with Rick Perry and “adhering to our enemies.”) Has the Guardian been purchased by Rupert Murdoch? Is it killing itself softly? No, it has not, and no, it is not! It turns out — and we don’t know how we didn’t realize this earlier — the “Comment is Free” section is really a “Comedy is Free” section and has simply been mislabeled. We know this is the case because the "Comedy is Free" section currently includes a column bit called Ayn Rand's Atlas Shrugged: a paean to American liberty: Rand's ideas appeal to millions of Americans besides Paul Ryan because they promise freedom from welfare enslavement by someone named Don Watkins, who is a fellow at the Ayn Rand Institute.

Atlas Shrugged is a hymn to the American spirit…. [Atlas] shows that capitalism is a win-win system where all individuals are free to pursue their happiness. It shows that it is right for individuals to be concerned with their own happiness. And it shows that those who seek to "tread on you" – to control your life, redistribute your wealth, and mortgage your future – are morally wrong.  It's no accident, then, that Ayn Rand's immense popularity in America has not crossed over to Europe. It's for the same reason that Europeans largely embraced the government's post-financial crisis interventionist policies – from bailouts to stimulus spending sprees to vast new regulatory powers – while Americans rebelled. Whatever motto best captures the European attitude toward life, "Don't tread on me" is not it….

Yes -- have you been to Iceland, for example, where they welcomed governmental and IMF post-financial crisis intervention? Well, ok, fine. We haven't either. But we are sure that the Icelandic people are suffering mightily under the heavy weight of socialized medicine and nine months' paid parental leave at 80% salary. Don't they realize how much Freedom they are missing out on?? Also, we did not know this, but helping other people and helping yourself are totally mutually exclusive and diametrically opposed courses of action.

To succeed in this task, Rand argued, Americans would need to question and reject the alien idea of altruism. Altruism is the Old World doctrine that it's your duty to live for others and renounce your own self-interest. In one form or another, this moral doctrine has been the justification for every welfare program. Other people need money for their retirement or healthcare, it's claimed, and therefore they're entitled to that money from you. The individual's pursuit of his own happiness versus altruism – this is the choice facing America.

We are VERY excited about this new "Comedy is Free" section at the Guardian, and can't wait to keep you posted when other comedians start posting their columns bits therein! But for now, we will leave you with the following words of wisdom, courtesy of Paul Krugman: There are two novels that can change a bookish fourteen-year old’s life: The Lord of the Rings and Atlas Shrugged. One is a childish fantasy that often engenders a lifelong obsession with its unbelievable heroes, leading to an emotionally stunted, socially crippled adulthood, unable to deal with the real world. The other, of course, involves orcs.