Guess How Much More Sarah Palin's SarahPAC Spent On Consulting Than Candidates, Hint It Is 'Twenty Times More' 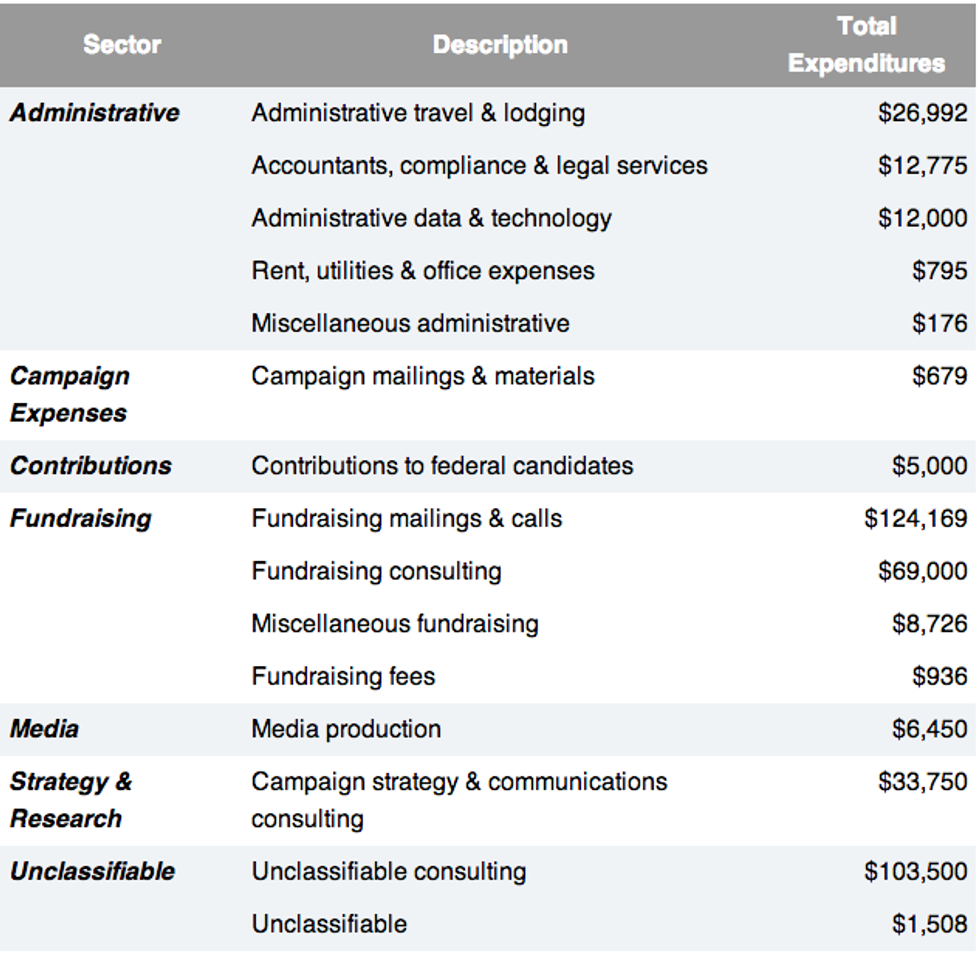 Hey kids! Is your grifting game going a little sideways lately? Do you need to learn from the big girls? Then let us head over to OpenSecrets.org and check on what Sarah Palin's SarahPAC is up to lately, as reported to the tyrants of the FEC.

In our latest edition of Sarah Palin Picked Your Pockets (And You Liked It), we discover that so far in the 2014 election cycle, up through Dec. 31, 2013, Sarah Palin's SarahPAC has given a total of $5,000 to candidates ... or, er, one candidate, comer Jason Smith of MO. What else (Nordstrom) is SarahPAC (Nordstrom) spending money on (Nordstrom) today?

Let us read the chart helpfully prepared by OpenSecrets' excel sheet, and regurgitate it for you here!

As always, her grifter pals she goes way back with are getting the lion's share of the "unclassifiable consulting."

But how's she doin' this time out? Well, she has only grifted $1.1 million so far in the 2014 election cycle, compared to $5 million in 2012. But she has spent $1.2 million, so at least we know she is fiscally responsible. And the fact that she gave only $5,000 of that $1.2 million to an actual candidate just means that Sarah Palin does not believe in making "takers" take her money, from her superpac.

Here, OpenSecrets, won't you break it down further for us?

Thank you. Has Sarah Palin fired her travel agent? Is she now ... gasp ... booking her own flights on USAirways.com? Truly, such a woman of can-do, pioneer, grizzly mom spirit is inspiration to us all.