Gulf Of Mexico Seafood Much Cuter Now Without All Those Eyes 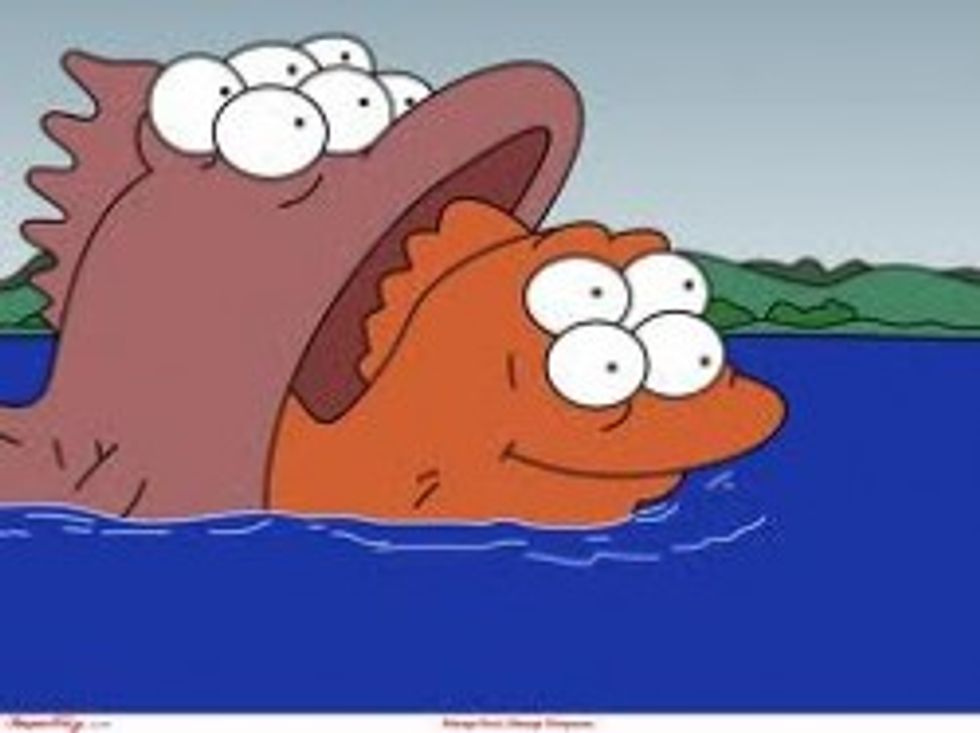 Remember when hero Congressman Joe Bartonapologized to British Petroleum for all the bother the US government was causing it, by forcing it to maybe mitigate some of the hellfire it had sort of rained down upon the Gulf? Those were good times, like when the old man apologized to Dick Cheney, for having been in the way of his gun! Well, now Joe Barton is going to have to apologize to BP AGAIN, because the Gulf of Mexico is all full of shrimp with no eyes now, and somebody (al Jazeera) is going to be mean to them about it! Why won't Barack NoObAma apologize for al Jazeera's mean reporting about BP on his American Apologies tour???

"At the height of the last white shrimp season, in September, one of our friends caught 400 pounds of these," [fisherwoman Tracy] Kuhns told Al Jazeera while showing a sample of the eyeless shrimp.

According to Kuhns, at least 50 per cent of the shrimp caught in that period in Barataria Bay, a popular shrimping area that was heavily impacted by BP's oil and dispersants, were eyeless. Kuhns added: "Disturbingly, not only do the shrimp lack eyes, they even lack eye sockets."

"Some shrimpers are catching these out in the open Gulf [of Mexico]," she added, "They are also catching them in Alabama and Mississippi. We are also finding eyeless crabs, crabs with their shells soft instead of hard, full grown crabs that are one-fifth their normal size, clawless crabs, and crabs with shells that don't have their usual spikes … they look like they've been burned off by chemicals."

There's about a million more words of tl;dr over at the Jazeera Environmental Terrorist Fund and Worldwide Website, about "science" and "proof" and other such sops to the morally weak, if you have the stummick for it. Impeach Obama, obviously. His High Lord Hairgel and Whatnot His Willardness "Mitt" Romney would not let such slanders befoul the reputation of his friend, a corporation. What was it he said? "Corporations are people; too, my friends!" Yes, that was it. [AlJazeera]