Haley Barbour To Win Presidency By Bragging About Being Lobbyist 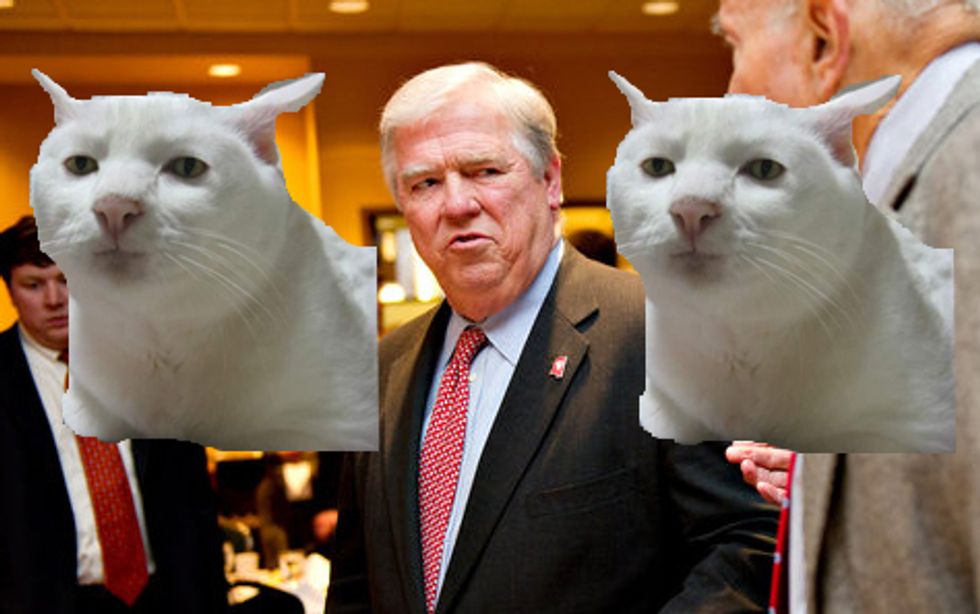 Look, the Republican presidential field doesn't seem like it's going to be finding any good candidates any time soon. So, yes, Tim Pawlenty will have to run. And, oh God, Haley Barbour?Yes, Haley Barbour. "'The president of the United States is supposed to be the principal advocate for American policy and interests in the world,' he said. 'That form of advocacy is equivalent to lobbying.'" Ah, so when you see a lobbyist on the streets of Washington stomping on a rat and chewing its face off, that's the president of the United States you're looking at, so show some respect. Same thing, by definition! We are all crooks and none of us are crooks.

“They have yet to learn what a Haley Barbour is,” he said, “and that will be a challenge.”

Haley Barbour will go the entire campaign speaking in the third-person. And sing-song.

(A Haley Barbour is a type of forest troll found near water treatment plants.)

“I have repeatedly heard voters make a comment that I have never previously heard in my lifetime in politics, ‘I’m afraid my children and grandchildren are not going to inherit the same country that I inherited,’ ” Mr. Barbour said at every stop. “I never heard that when Jimmy Carter was president or when Bill Clinton was president.”

Yes, why didn't Jimmy Carter or Bill Clinton, to pick two presidents who are not Barack Obama at random, talk about this literal impossibility? Haley Barbour is hinting hard that he knows how to build a simple, affordable time machine he can use to ship off our children to boarding school in the late nineteenth century. But you're going to have to elect this carefully arranged giant heap of 70-year-old grits if you ever want to see one. [NYT]