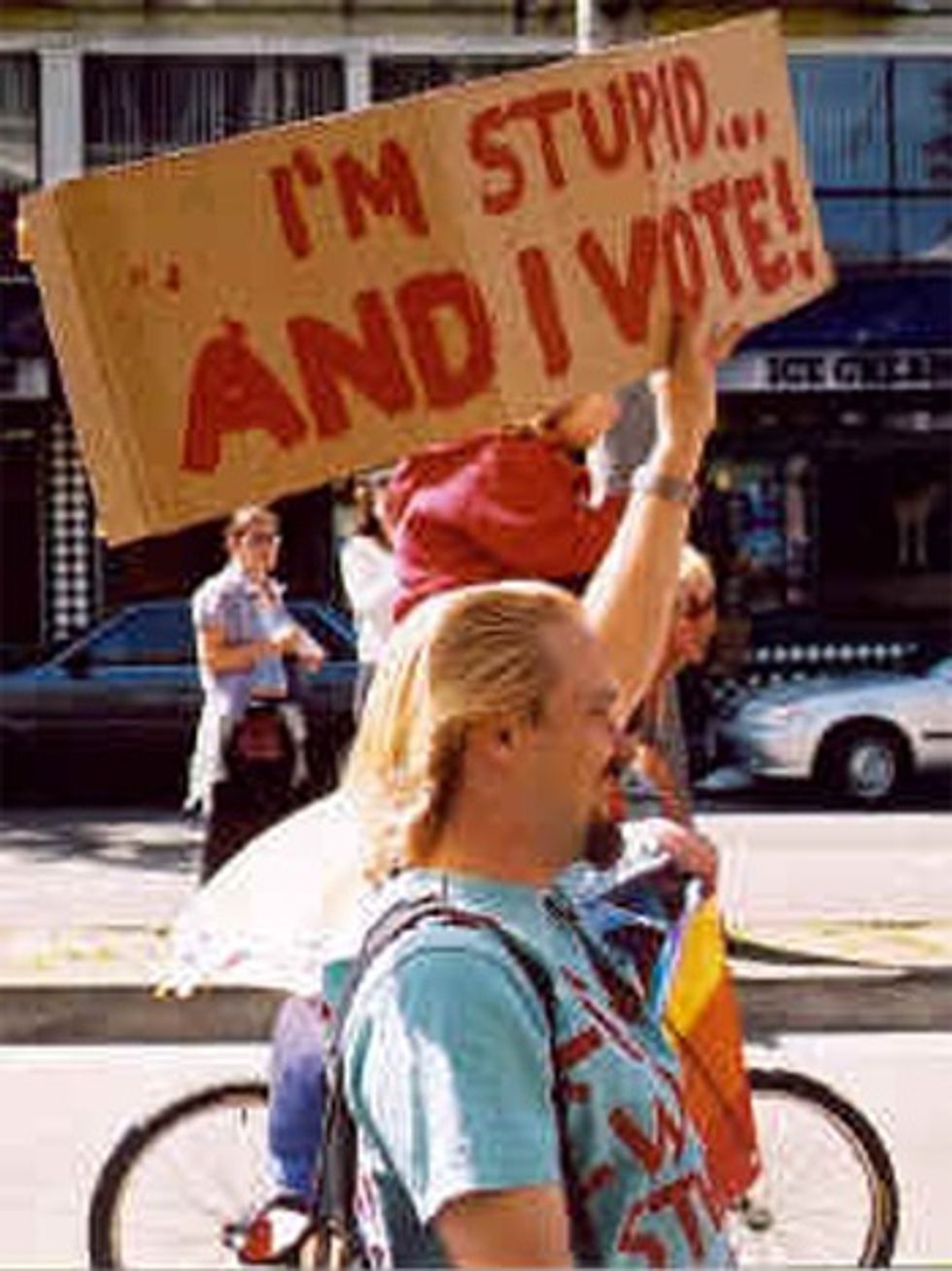 Remember how one of the top wingnut fears during Barack Obama's tenure as president -- after, of course his plan to take away your guns and/or to impose sharia law -- was that he might cancel all elections and declare himself dictator for life? True, sometimes, the gun-grabbing was a step on the way to such a scheme, so We The Stupid People couldn't fight back, so it all sort of blurred together, but the fear that Barack Obama would seize (MORE) power and cancel elections was always one of the biggies. Obviously, we should therefore not be at all surprised at this Washington Post headline:

Hey, Did Everybody Hear Donald Trump Lost The Popular Vote? LET'S TALK ABOUT IT AGAIN!

He lost it. Bigly.

Come on, WaPo, you have got to be joking us! But no, they did what looks like a pretty decent survey, with methodology and everything, though of course it's kind of primed to find respondents who would indeed be open to a little delay in the election process, as long as it's for the very best possible reason: making sure all those millions of illegal aliens who voted for Hillary don't endanger the Republic again. The Post started with the observation that even though there's no evidence that in-person voter fraud is widespread, huge percentages of Republicans are nonetheless certain it is. So hey, naturally enough, they wondered, "how far would Republicans be willing to follow the president to stop what they perceive as rampant fraud?"

Pretty goddamned far, it turns out. They surveyed 650 people who had already self-identified in another poll as Republican or leaning Republican, and asked them "whether Trump won the popular vote, whether millions of illegal immigrants voted, and how often voter fraud occurs." Then they got to the two big questions:

The survey found that about half of the Republicans surveyed thought Trump really did win the popular vote, and would be OK with postponing the 2020 election:

Nearly half of Republicans (47 percent) believe that Trump won the popular vote, which is similar to this finding. Larger fractions believe that millions of illegal immigrants voted (68 percent) and that voter fraud happens somewhat or very often (73 percent). Again, this is similar to previous polls.

And now the money shot. 52 percent said they'd support putting off the 2020 election on Donald Trump's say-so if it meant all those nonexistent illegals were weeded out. That increased to 56 percent support if the call for a postponed election came from both Trump and congressional Republicans. Sadly, they didn't factor in how high the percentage would go if Sean Hannity and "the hot chicks on Fox" joined the bandwagon too. Seems like a missed opportunity.

Not surprisingly, belief in any of the bullshit theories about voter fraud in 2016 correlated strongly with support for postponing the 2020 vote, and just to underline how much Trump loves the poorly-educated, support for democracy delayed

was also more prevalent among Republicans who were younger, were less educated, had less factual knowledge of politics and strongly identified with the party.

WaPo cautions that this is of course only a survey about a hypothetical, and that if Trump actually proposed such a thing, there would almost certainly be "a torrent of opposition, which would most likely include prominent Republicans," plus probably a financial panic as markets reacted to such an insane proposition. Also, while WaPo doesn't mention this, we'd bet those questions about 2016 and illegal voting no doubt primed some respondents to be more open to saying they'd delay an election for such a noble cause.

Yr Wonkette is supported by reader donations. Please click the "Donate" clicky, while it's still legal.