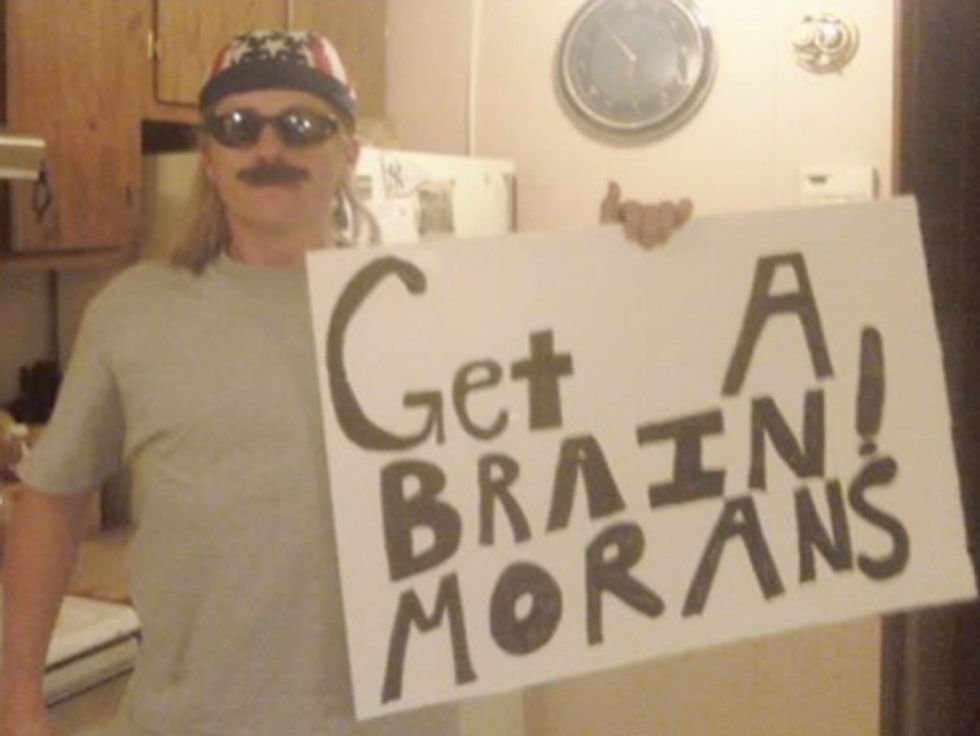 Operative "Sam G." sends us this gritty look at his "political Halloween costume," of the popular Internet picture that launched 1,000 ships. His Internet friends will get it! If you like the idea of dressing as a wingnut Internet picture, this is your year!