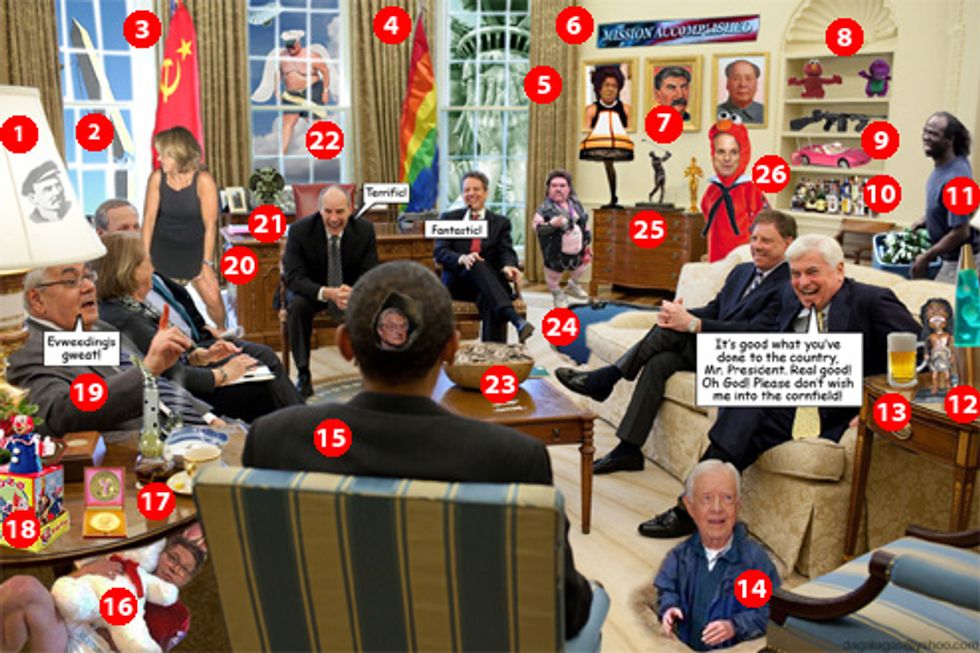 Here's the latest wacky photoshop going around the wingnut blogs: It's the Oval Office, but full of hilarious socialist iconography and some old-fashioned racist fun. Can you identify the hundred things added to this image to amuse jobless old white people on their 'puters? And how many of these things would the confused elderly teabaggers even get? Is this even Political at all, or is it just some dumb 4chan or TF 'shop, for lulz? WE WILL TELL YOU WE MADE A KEY.

Can you identify all these retarded things? No? Well then, you've clearly spent too much of this Century doing work or "raising your kids" or whatever, instead of following "memes" on Animated-GIF message boards loosely related to some video game or sports team.

2. Taking down the Washington Monument.

5. Statue of Liberty crying in shame.

6. George W. Bush's "Mission Accomplished" banner, because why not?

14. Midget Jimmy Carter coming up through hole in floor.

26. Somebody (Bloomberg?) in an Elmo/Sailor costume.