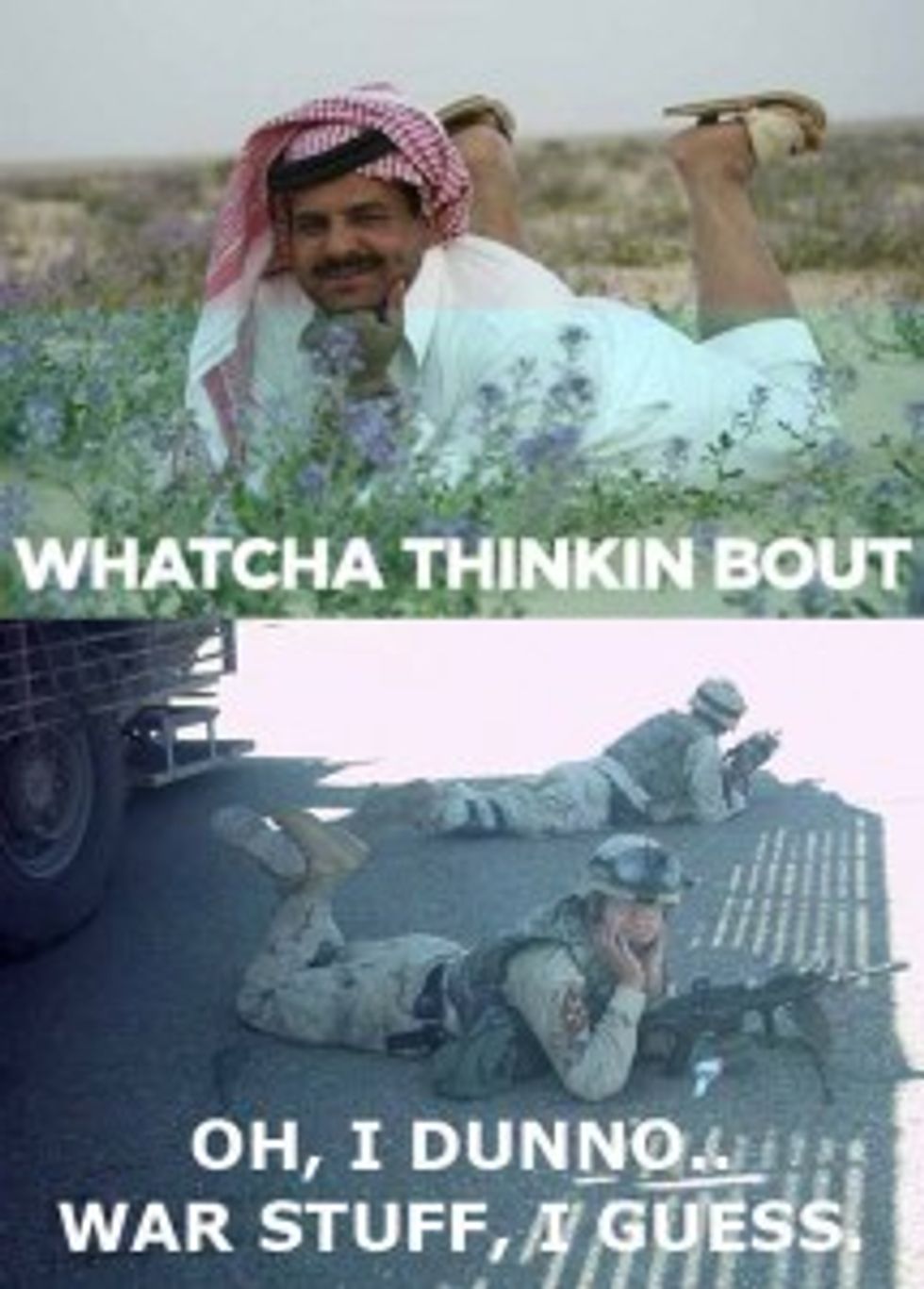 Oh, Barack Obama announced the war in Iraq is finally over, apparently? Sure! We needed some good news after reading that today was actually the End of the World also, again, also. But mysteriously, it doesn't feel quite as good as the last 493 times an American president has declared the end of the Iraq War, perhaps because by now we all vaguely sense that it means some miraculously Even Worse trillion-dollar mass goatherder murder project is in the offing. "Mission Accomplished" in 2003? We got a troop surge in 2007. Obama's nearly identical announcement in 2009 that all the troops were scheduled to start coming home from Iraq? Yeah, he'll trade you another surge, in Afghanistan. So what will it be this time? We may not even have to wait very long to find out!?

Because it's not like the U.S. was going to quit pissing away hundreds of billions of dollars on mind-boggling fraudulent defense contracts in its forever War on Terror, Devil forbid. Saving money is what education reform is for. Instead of combat troops, whom everybody loves, Barack Obama is just using a crafty gimmick to replace them with an army of the U.S.'s other favorite war export, "mercenaries," whom everybody hates. It's a U.S. presidential political win-win, although of course it's still a dangerous, crappy situation for Iraqis.

From Spencer Ackerman's excellent report at the Danger Room:

But the fact is America’s military efforts in Iraq aren’t coming to an end. They are instead entering a new phase. On January 1, 2012, the State Department will command a hired army of about 5,500 security contractors, all to protect the largest U.S. diplomatic presence anywhere overseas.

The State Department’s Bureau of Diplomatic Security does not have a promising record when it comes to managing its mercenaries. The 2007 Nisour Square shootings by State’s security contractors, in which 17 Iraqi civilians were killed, marked one of the low points of the war. Now, State will be commanding a much larger security presence, the equivalent of a heavy combat brigade. In July, Danger Room exclusively reported that the Department blocked the Congressionally-appointed watchdog for Iraq from acquiring basic information about contractor security operations, such as the contractors’ rules of engagement.

That means no one outside the State Department knows how its contractors will behave as they ferry over 10,000 U.S. State Department employees throughout Iraq — which, in case anyone has forgotten, is still a war zone. Since Iraq wouldn’t grant legal immunity to U.S. troops, it is unlikely to grant it to U.S. contractors, particularly in the heat and anger of an accident resulting in the loss of Iraqi life.

It’s a situation with the potential for diplomatic disaster. And it’s being managed by an organization with no experience running the tight command structure that makes armies cohesive and effective.

"Potential" is probably putting it kindly. We would go with "absolute certainty." [Wired/PBS/The Nation]