Happy Exxon Valdez 25th Anniversary Day! What Fish Will You Murder To Celebrate? 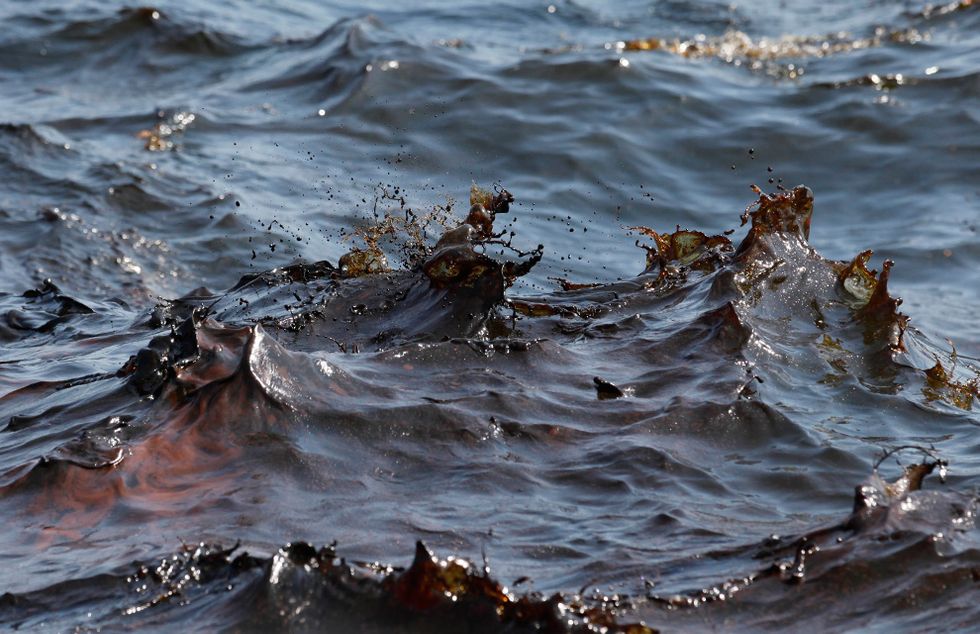 This post brought to you by the Patty Dumpling Endowed Blogging Chair For Oil Spill Clusterfucks.

It's been a quarter-century since the oil tanker Exxon Valdez spilled 11 million gallons of oil in the formerly known as pristine Prince William Sound, and here we are today still burning the earth's toxic runny shits and farts for our convenience and pleasure. Of course, few believed back then that it would be otherwise. But at least there was reason to hope that the specific harms of the Exxon Valdez spill could be limited -- that with enough Dawn dish soap and American elbow degrease, and with the nation's disapproving glare fixed on Exxon, Prince William Sound could be properly cleaned up.

Except it turns out that oil really fucking sucks.

What researchers learned as they puzzled through the reasons for the delayed recovery fundamentally changed the way scientists view oil spills. One of their most surprising discoveries was that long-lasting components of oil thought to be benign turned out to cause chronic damage to fish hearts when fish were exposed to tiny concentrations of the compounds as embryos.

In case you don't care about stupid baby fish hearts, perhaps the otters' woes will arouse your mammalian sympathies:

For example, oil under rocks and in sediments contaminated clams that sea otters ate. It didn't kill the otters outright: Wildlife biologist Dan Esler of the U.S. Geological Survey says it shortened otters' lives and suppressed the population for 20 years.

Compounding the problem, the cold waters of Prince William Sound slow the natural process of bacteria breaking down the oil. Oh, and also we've since learned that chemical oil dispersants used after spills tend to kill those bacteria, whoops!

If you are still receptive to hopeful sentiments on the issue of the environment, the last paragraph of NPR's fish hearts piece is nice:

Discovering the mechanism that makes oil toxic to fish is like a coroner pinning down a mysterious cause of death — but taking 25 years to do it. And, as in a criminal case, this knowledge could give scientists evidence to hold companies responsible for long-term damages no one ever knew oil spills were causing.

That's right, sue their pants off! Sue 'em so hard the price of oil goes up. Yes, this would suck in its own way, but there is no "boy, that was easy!" solution here, and a sure way to spur the development of renewables is to make fossil fuels cost more. Finally, here's a nice piece about a judge telling BP to pay up for all the delicious fish they murdered. That's great! Now we just need the coal industry to start paying for the 13,000 people they kill every year. That's our Exxon Valdez Day wish, what's yours?