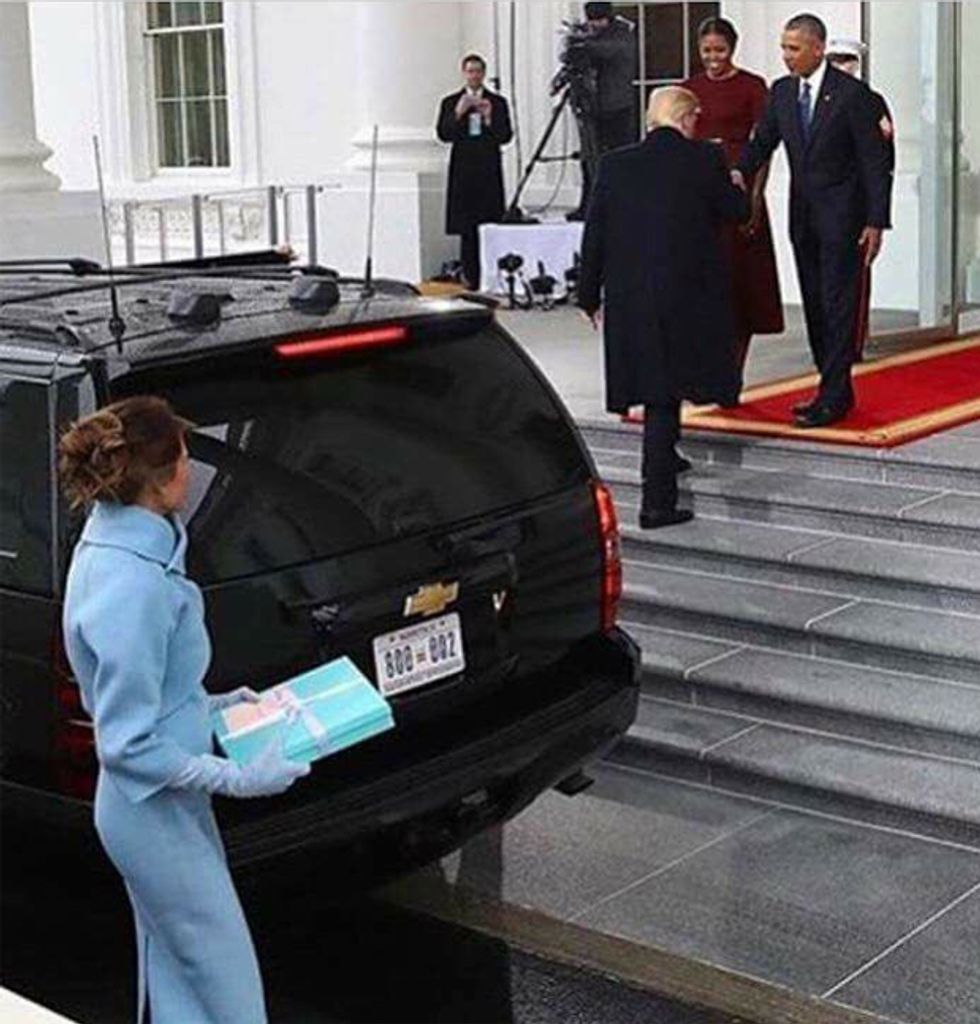 We are just joshing you, it is notMelon Trump's anniversary with a hot Marine! It is Melon Trump's lucky 13th anniversary with Donald Trump, who is, unaccountably, president of the United States. (Our money is on Large Hadron Collider/wormhole/THE MOST BADDEST TIMELINE in ALL OF THE MULTIVERSE!)

But since news of President Trump's extra-romantic Shark Week with adult performer Stormy Daniels surfaced, this is the only public statement our First Lady has made:

This has been a year filled with many wonderful moments. I’ve enjoyed the people I’ve been lucky enough to meet throughout our great country & the world! ?? pic.twitter.com/MMRi72ENd0

Because we guess all the pictures from the inauguration featuring both Donald and Melania looked like this:

Honestly, she should have just tweeted out the hot pix with the Obamas, which would enrage our very unracist president WAY MORE than her trying to make him jealous with some young stud. Why, he would just be bursting with rage and also with pee!

Happy Tuesday everyone! Let's all remember back to when our biggest national scandal was that Barack Obama took his wife he wasn't even cheating on on dates, how dare they, classless Obama tyrants put us all in FEMA camps and tooken our guns, I remember it like it was 500 years ago, I am 544 years old wait no I am dead of tired oldness, and so is this OPEN THREAD.

Help us. Help the bombardier.