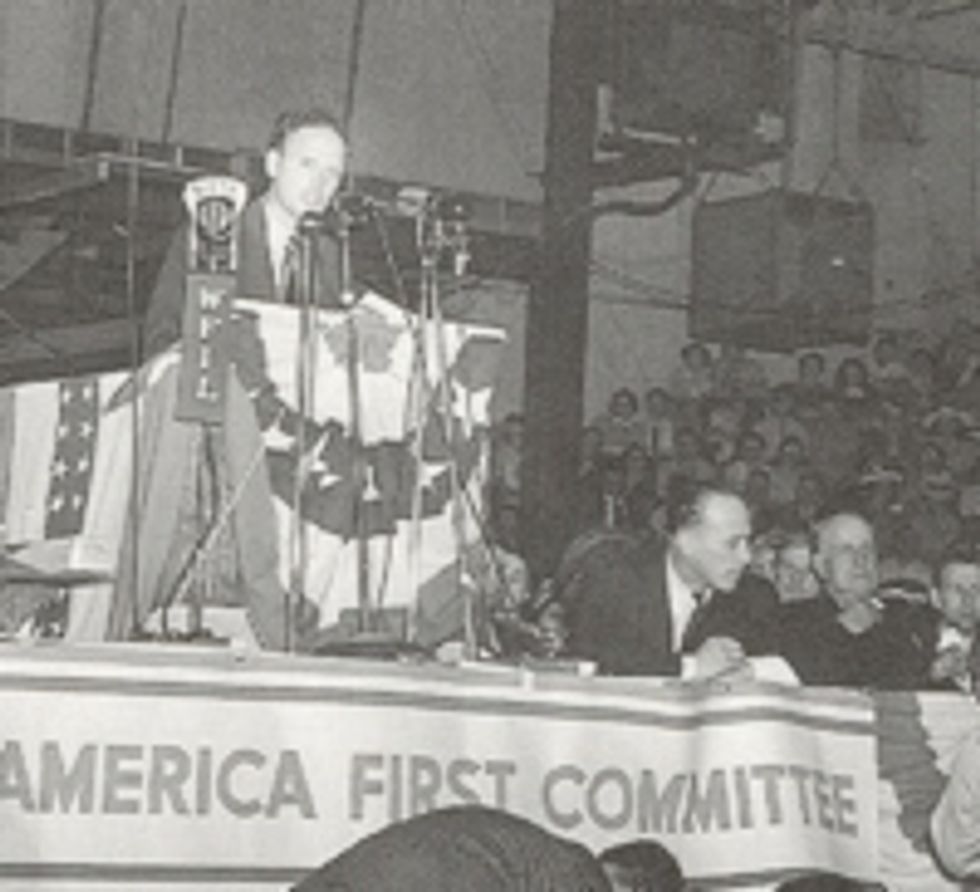 PHEW! We were worried that Harold Ford's decision not to run for the Senate meant that he might start shutting the fuck up at some point. But apparently he understands that that would be too dignity-saving for America, and he must FIGHT to produce blogger comedy in this the terrible recession. And that's why he now wants Obama to takean oath to Charles Lindbergh and the Nazis.

Ben Smith gives the background in this McCain campaign anecdote, a rare one where the major players appeared to have some idea of what the hell they were doing:

Before John McCain went with the slogan "Country First," there was, I was told at the time, some internal discussion of the phrase "America First."

It was quickly vetoed when campaign staff recalled that it was the name of the isolationist, at times pro-Nazi, group championed by Charles Lindbergh in the 1930s

Yeah, as far as organized political movements go, Lindbergh kind of ruined the title "America First." Not that the creativity in that moniker was ever much to write home about. IT'S JUST THE COUNTRY AND A POPULAR NUMBER.

The President should meet with his deficit reduction panel twice a month, and be prepared to offer recommendations on reducing the fastest rising expenditures at the federal level - mandatory entitlement spending.

I will volunteer, as I think many in my generation would, the government holding my social security check payments until I'm 70 - if the good Lord allows me to see that age. All Americans under 45, should be asked to sign a national pledge forfeiting their social security payments until age 70. The President should ask those of us, who are the most blessed generation of Americans, to serve our country that way - he would be pleasantly surprised at how many of us would say yes I believe.

He could call the pledge "America First," and allow a breaking of the pledge only for those who face severe economic hardship at age 66.

Further, this President should raise the taxable income limit, currently set at $106,800, to $300,000, for the FICA tax, which is roughly 6.2%. The extra tax revenue could only be used for two purposes - entitlement spending and deficit reduction. We would hold Democrats and Republicans accountable to only use our tax dollars for those purposes. In light of current economic conditions, the President should hold off making this tax permanent until the end of 2011.

And, I want to be the first to sign, "America First."

(Why even get into his actual argument? Fuck you for everything, Harold Ford. Some people work shitty back-breaking jobs for 40 years and pay their social security taxes and then get their earned cushion for a few good years before dying of The Black Lung. If you want to pass your Nazi petition around the Merrill Lynch office, please, go ahead, and leave everyone else alone.)