Harry Reid Didn't Even Want To See Those Bin Laden Photos, So There 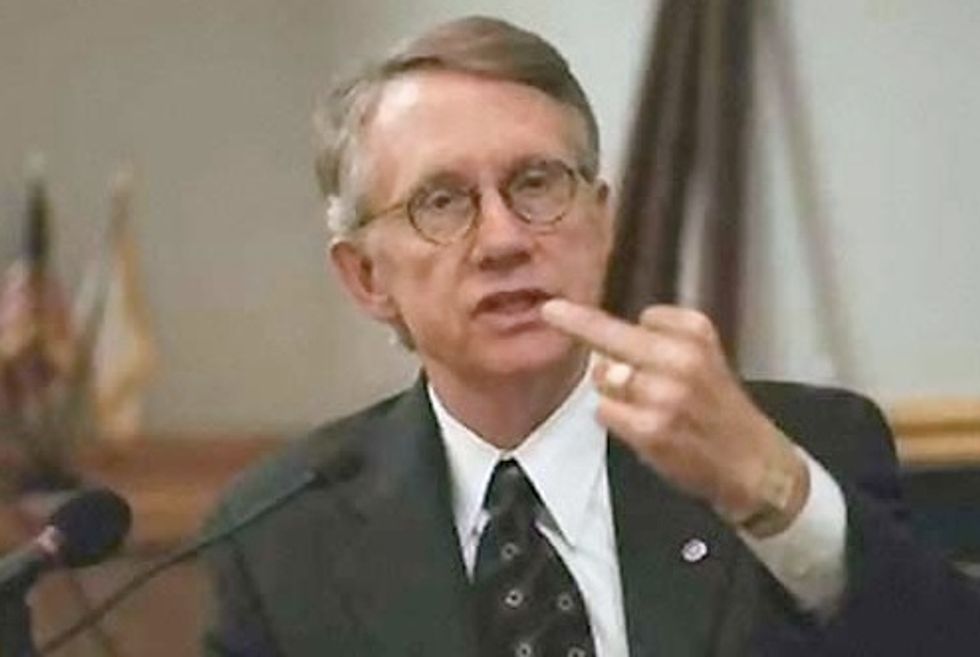 Senators werealready acting like children by pretending they saw (or, maybe worse, thinking they actually saw) photos of Osama bin Laden's corpse. But now that the White House has reportedly decided to let a select few members of Congress see them, but not the others, it's elementary school all over again. Harry Reid is an ex officio member of the Senate intelligence committee, but apparently that doesn't mean he is allowed to see the photos, while the select members of the committee are, from what we can tell from the rather scant reporting on this. Whatever, who cares, Harry Reid didn't even want to see your stupid baby Bin Laden photos, so there. "I don’t want to see it," he said, trying to appear cool before running off to his office to cry.

We're pretty sure nobody in Congress is going to see these photos, but the peer pressure is going to make them all pretend like they've seen them so they'll seem cool.

"Yeah, I saw the pictures. Wasn't it gross, you guys? Or did you babies even see it?" Marco Rubio will say.

"It was, I saw it! It looked like Osama fell off the monkey bars and busted his head open! He had wood chips stuck in his blood, I think, just like Bobby Reiner when that happened to him on the playground," Dick Durbin will say.

"I saw a condo and a lube next to his face," Saxby Chambliss will say. "That's what you use when you do sex stuff."

"There was a lot of sex in that picture. It was awesome," John Thune will say.

"Did you know when you die your face turns hot pink and poop comes out of your mouth? That's what his face did," Chuck Grassley will say.

If anyone hasn't seen the Osama photos, they're either too chicken to look or just aren't cool, like, at all.