Harvard Law Professor Running For President (No, Not The One You Want) 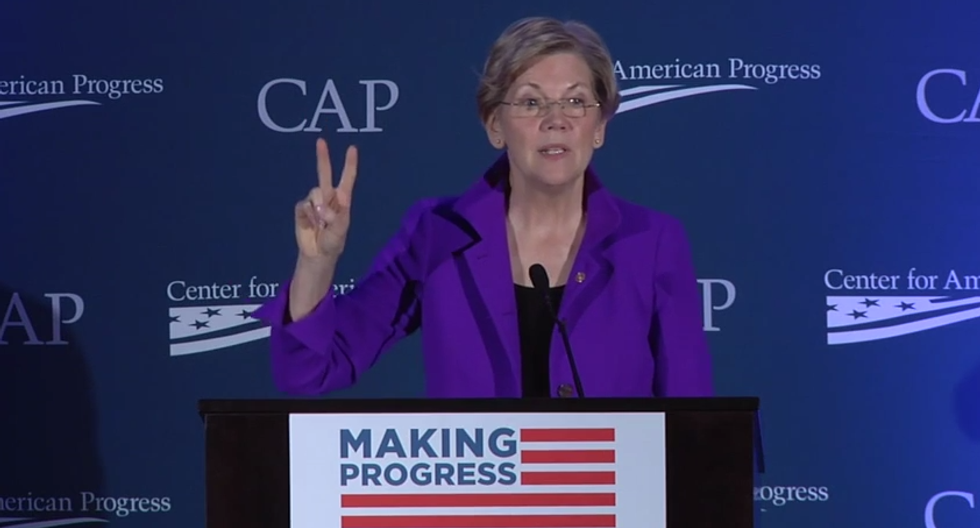 So this some dude professor guy, his name is Larry, and he is running for U.S. President of America. You may be familiar with his previous political experience supporting a fake candidate for Senate in 2014, but, like, to make a point, man. And now he is making a point, man, by fake running for office his own self! Uh ... neat? Sure, let's go with neat.

So Lawrence "Larry" Lessig announced his presidential candidacy on Wednesday -- apparently by live streaming a Google Hangout (who does that? Jesus, Larry, that's not how you do running for president, what are you, a cam girl?) -- but no one was really paying any attention because who the fuck is this guy and seriously WHO THE FUCK IS THIS GUY? He is some guy who law professors at Harvard is who he is, apparently. Oh, and this one time, retired-by-the-voters Sen. Scott Brown (R-Bqhatevwr) threatened to sue him, for calling Brown a "former Washington lobbyist," MEAN. (We don't think that lawsuit ever happened, though, and last we heard, the prissy-pants former centerfold senator bro had given up on politics because of how politics had given up on him, and he was working in a bike shop somewhere, NOT KIDDING.)

Annnnnnnnnyway, this Larry guy started saying some words a couple weeks ago about how hey, maybe he should run for president in the Democratic primary, because he knows how to fix all of America's problems with this one weird trick called the Citizens Equality Act of 2017 (it's got a nice beat and you can dance to it). Here's the plan:

Larry Lessig would run as a “referendum president” who promises to serve only as long as it takes to pass the Citizens Equality Act of 2017.

Lessig would use that mandate to get Congress to pass the Citizens Equality Act of 2017.

Once this package is passed, Larry Lessig would step down, and the vice president would become president.

Why, it's almost too easy! Lessig has not said yet who will get to be his vice president, but maybe it will be Bernie Sanders, because Lessig had some nice things to blog about Sanders and about how he's got some good ideas, but the one problem with Sanders is how he does not have a real strategy for how to govern once he's in office, and also, come to think of it, Sandersmight not be electable, hahahaha what?

Yeah, so, despite all that, Lessig is going ahead with his candidacy, and you can even internet vote for who should get to be his vice president who will then become the next president after President Lessig resigns. You can have Bernie Sanders, of course, or Hillary Clinton or Joe Biden or Liz E-Dub Warren, or even Jim Webb if you want (no one wants that), or Neil deGrasse Tyson, which would be hella cool, right?

So welcome to the race, Larry, you are technically a candidate now. No hard feelings, we appreciate how much you care about campaign finance reform a whole lot and all, but we're not made of money, so we won't be making Lessig T-shirts or Lessig coffee mugs or vagina teeth panties with your face on them, to enter you in the Wonkette primary, sorry.

Unless all of a sudden you are winning, somehow, which we do not think is possible, but maybe! (But nah.) But if so, then we will DEFINITELY get on top of making some Wonkette Larry Lessig panties, for your privates. And America.