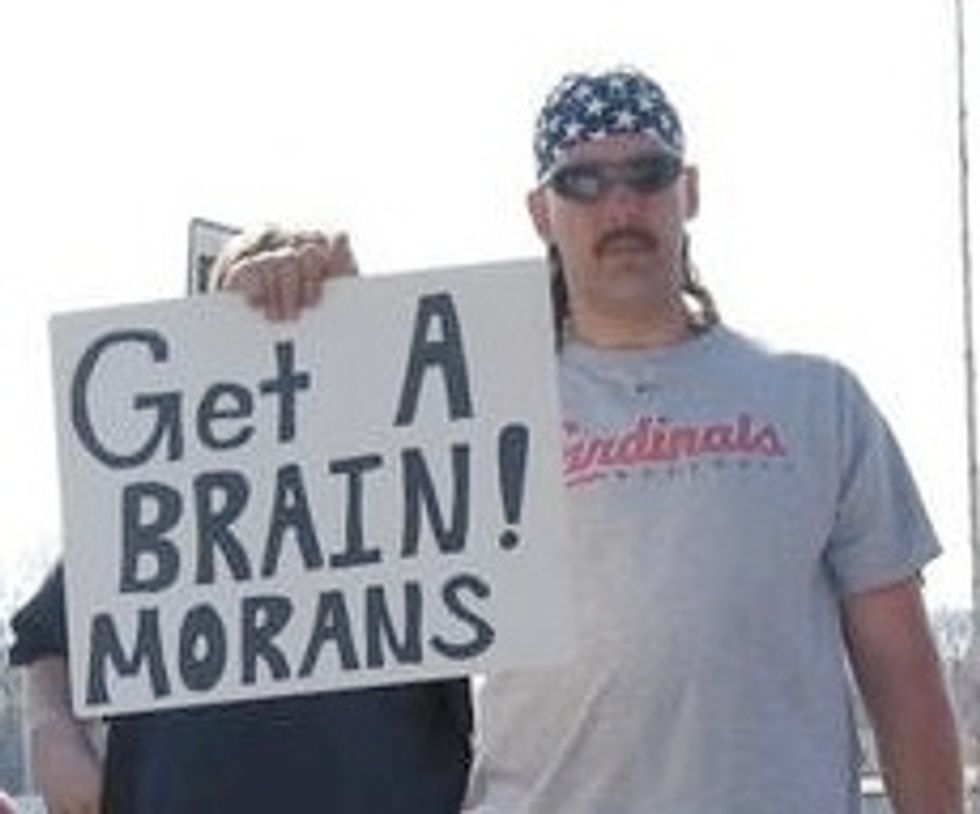 Virginia Congressman Jim* Moran's jerk son, Patrick, has pleaded guilty to an "embarrassing situation" of slamming his girlfriend's head into a metal trash can grate. You may remember Patrick from his previous stint embarrassing his (Democrat) dad, for whom he worked, by not recognizing James O'Keefe for some reason, and allowing himself to be taped talking about awesome ways to vote illegally. (Since the raw tape went on for about 500 years, we could not possibly listen long enough to determine whether it was its usual James O'Keefiness, and just assumed that it was.)

After this latest "embarrassing situation," in which cops said the younger Moran's girlfriend was “bleeding heavily from her nose and also observed that her nose and right eye were extremely swollen," Congressman Moran (again, "D") released a statement describing the young couple as "good kids" and asked for privacy so they could put the "embarrassing situation" behind them.

*When Dok Zoom called Frank Capra "Robert Capra" today, we almost had him summarily executed. That will show us.