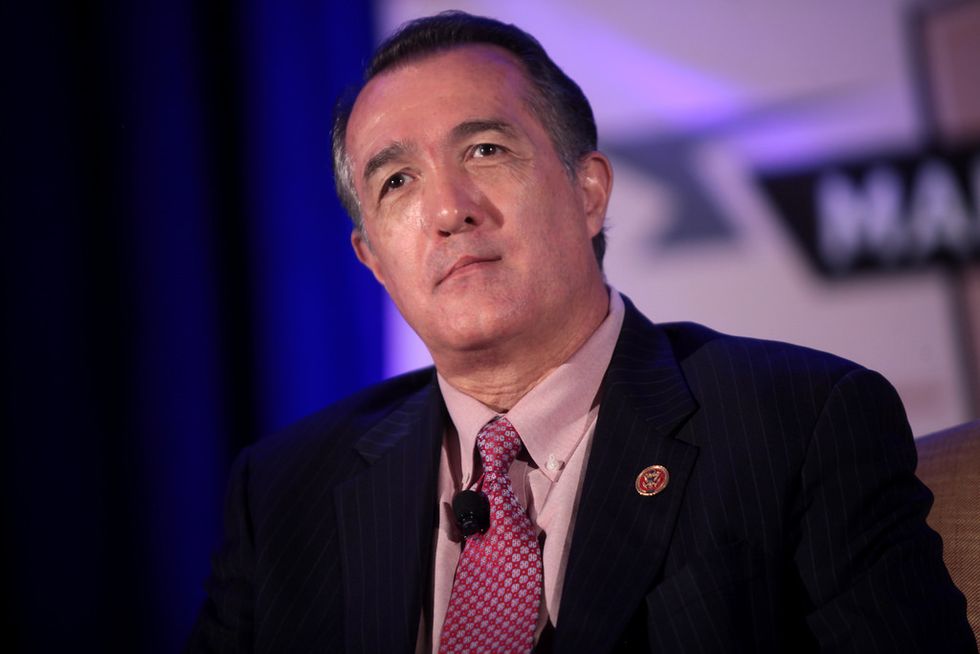 On Saturday, Congress failed to re-authorize the Children's Health Insurance Program (CHIP), placing medical care for 9 million American kids at risk. They meant to do it, but they got distracted chasing after Graham Cassidy. Hey, if you think you might have the chance to take health insurance away from 25 or 32 million Americans, you gotta go for it, right? Anyway, they'll get to all those snotnose poor kids sometime. Right now they're busy doing a kabuki dance of pretending to pass a law that will never get out of the Senate, based on pretend science, out of pretend concern for American families. Culture of Life, people!

Today the House of Representatives will vote AGAIN on a 20-week abortion ban, a.k.a. H.R.36 - The Pain-Capable Unborn Child Protection Act. Last time Trent Franks (R-AZ) jammed this shit through the House, Marsha Blackburn (R-TN) had to knee him in the nards for saying that ladies don't get pregnant from real rape. Oh, he'll be feeling pain-capable if he tries that nonsense again! Martha's going to keep a firm hand on that Arizona dimwit this time around.

If we sound like we're not taking this seriously, it's because this piece of crap is dead on arrival in the Senate. Democrats will filibuster it, like they have every other time. Republicans just want to force Democrats in red states, like Heidi Heitkamp and Joe Manchin, to vote against it on the record. Plus House Republicans get to say, "Look, we're just as loony as our wingnut base! Vote for us and send us moneys so we may continue to do nothing forever!"

With that in mind, let's explore the Top Three Bullshit Lies of the Republicans' latest bit of gynecologist cosplay. Because Trent Franks and his pals sure do love to play dress up!

Or you could listen to Michael Burgess (R-TX). When this stupid bill came up in 2013, he arglebargled some made up nonsense about boy fetuses playing happy, grabby time with their tiny wieners. Ipso facto, they can feel pain and abortion is murder? Who the hell knows! Marsha Blackburn's gonna be busy with Trent. She'll probably have to assign Ginny Foxx (R-VA) to sit on that moron Burgess, or else it'll turn into a shitshow like last time.

#2 Republicans Give A Damn About 'Pain'

If a woman or girl is pregnant as a result of a "real" rape which she reported to the police (that's how you know it's real MAYBE), then she can access an abortion after 20 weeks. The rape victim would be safest with a termination in utero. But women's health is really not a Republican issue, so their law requires these victims to go into labor and deliver a non-viable fetus. Doctors are then required to "resuscitate" the fetus so that it can "live" a few days or hours in a machine while the rape victim watches it die.

If a woman went into pre-term labor at 22 weeks, the decision whether to take extraordinary measures to "save" a fetus would be hers. But Trent Franks knows that a rape victim can't be trusted with that kind of choice. Better that she should have to watch a non-viable fetus waste away for several days hooked up to a breathing machine. Because life is sacred.

Just like Obamacare, Republicans LOVE to vote on this crap when they're sure it will never happen. They know Democrats will bail them out, so they are totally down to vote on a bill that 60% of Americans oppose. Because even if a whole hospital of doctors swear on a stack of bibles that a fetus cannot live outside the uterus, this law forces a woman to carry it to term and watch it die outside her body. Which is sad and horrible, and also expensive.

Luckily Republicans won't have to deal with annoying questions like Who will pay for millions of dollars in neonatal intensive care if you assholes blow up health insurance and force all these women to give birth? That's just a buzzkill! But a morning spent yodeling about the sanctity of life and making shit up about babies born at 12-weeks and going on to play for the NFL is just good, clean fun. And Republicans are having their fun today!

SCIENCE FACT: If you don't vote in the midterms, they'll do this shit forever. And it will be your fault.

Wonkette salaries are paid by you, our wonderful readers. So don't throw your phone in rage! Click to fund us and achieve instant serenity! PROBABLY.