Hello! I, Vladimir Putin, Again Make The Speaking To Your Wonkette! 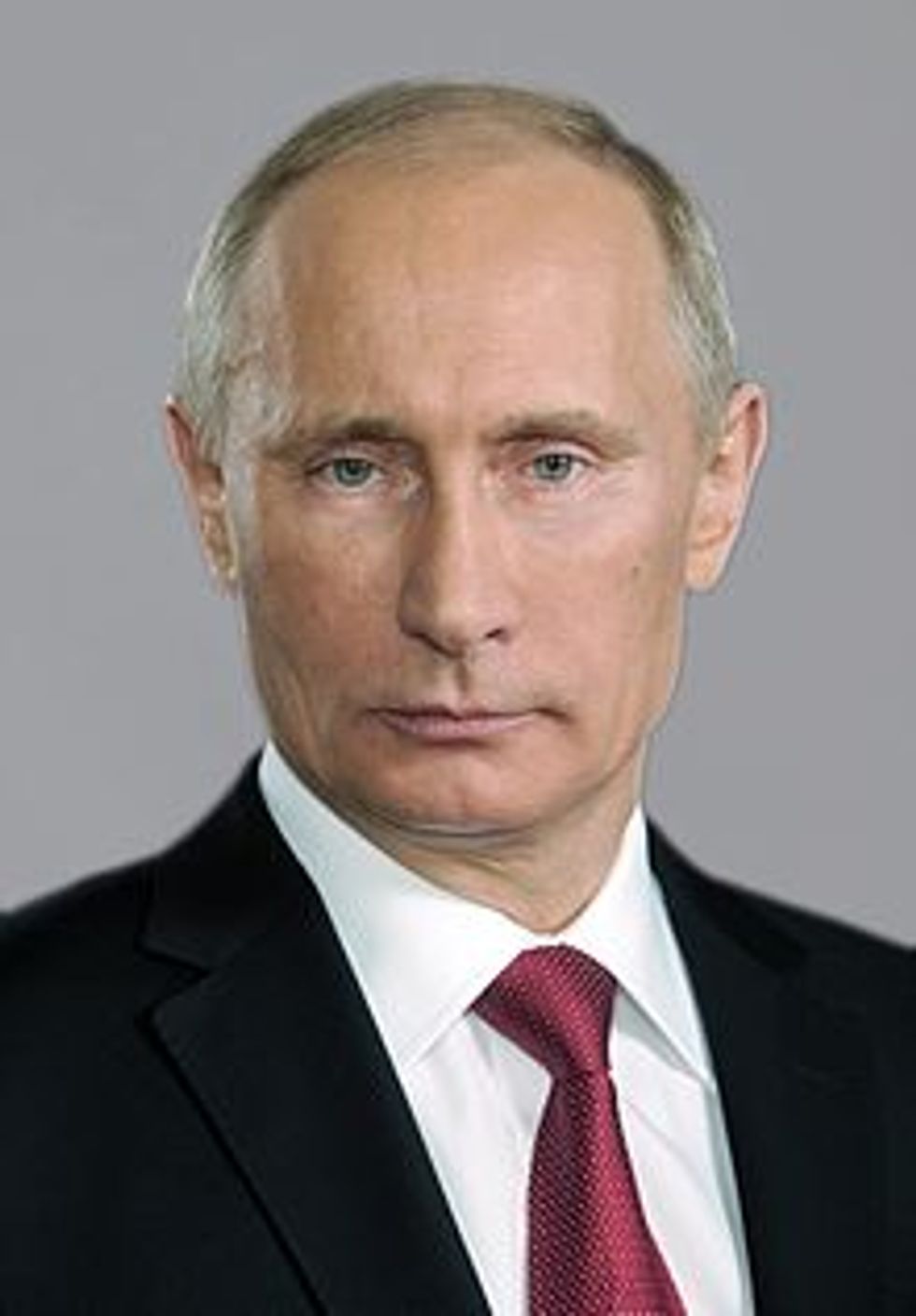 Chancellor Angela Merkel of Germany told Mr. Obama by telephone on Sunday that after speaking with Mr. Putin she was not sure he was in touch with reality, people briefed on the call said. “In another world,” she said.

Greetings, decadent Western scum! It is I, Vladimir Putin, returned once again to grace the pages of your Wonkette. It has been many months since last we spoke with each other, for which I wish to apologize. We have been very busy here in Mother Russia, with the making of the Olympics and the rapacious extraction of every last natural resource from our land and the repression of dissidents and the invading of other countries. But you have been busy also, making with the jokes of Ted Cruz and John Boehner and how they are dicks, so that is very nice too. I, Vladimir Putin, wish to commend you on your funny making! Many times your Wonkette, it is funny and I laugh. Ha. Ha.

But now I wish to speak to America, which I understand you have much fear over recent news of how the glorious soldiers of my country have crushed Crimea under the boot heel of the Motherland and now threaten to do same to Ukraine. Your politicians are very upset. I have seen many of them on my satellite dish saying many things about how I am grand chess master like Kasparov while President Obama is playing with marbles like soft-headed idiot. Just yesterday I watched clip of John McCain and thought his head might blow up like early Soyuz rocket. Were he deputy in our own Federal Assembly I would have shipped him to gulag years ago to serve our glorious nation breaking our numerous rocks with his face. I once told President Obama how I do this with our legislators and he said he would do that to all of Congress if he could, especially the Republicans, but alas he is not allowed. To which I say, phooey not allowed! He is so whiny, your president. Always talking about law and legal -- what is word? -- mumbo jumbo.

Well as I say to him, Crimea river! Do you get? I, Vladimir Putin, was first to make that joke on Twitter. Yes I was! Shut your hole in face now or I will send you to gulag! Ha, I am making the joke with you! Is fun, yes?

America, I would like to allay to rest fears you might have if you read accurate translations to the English of things I said. For example there is this which sounds like, how you say, word salad usually spoken by teenage beauty queens and candidates for your Vice President. Perhaps you have fear that I have become crazy or had stroke. I say to you, pish posh lemon stapler tennis ball gluuuurrrrrrrgh. See? Totally Vladimir is fine!

Yes I know that Chancellor Merkel reported to President Obama that I am not in touch with reality and "in another world." Germans! Always so melodramatic! Have you seen Ali: Fear Eats the Soul? Great achievement in German cinema my babushka! More like great achievement in Germans being giant drama queens. I think Chancellor Merkel needs some more of those special back rubs from former President Bush, is what Vladimir thinks.

Oh, and as for reporter who quit Russia Today because she did not want to "whitewash" me, do not worry about her. Is free country and you are free to do as you wish, Ms. Liz Wahl who lives at 453 12 Ave. NE, Washington, D.C. 20004 and drives 2009 Hyundai Elantra with Virginia plates.

Ha ha, I kid with Ms. Wahl! Why would we smuggle polonium into America when your President Whiner will already making with the drop the nuclear bombings on South Carolina and DC so that our "UN" troops from Russia can invade your country and take of your guns? Ms. Wahl is fly and ant and fly that mates with ant, the steel fist of Russia does not even notice her. She might to beware of our comrade George Soros although. It is certain he will to go rogue.