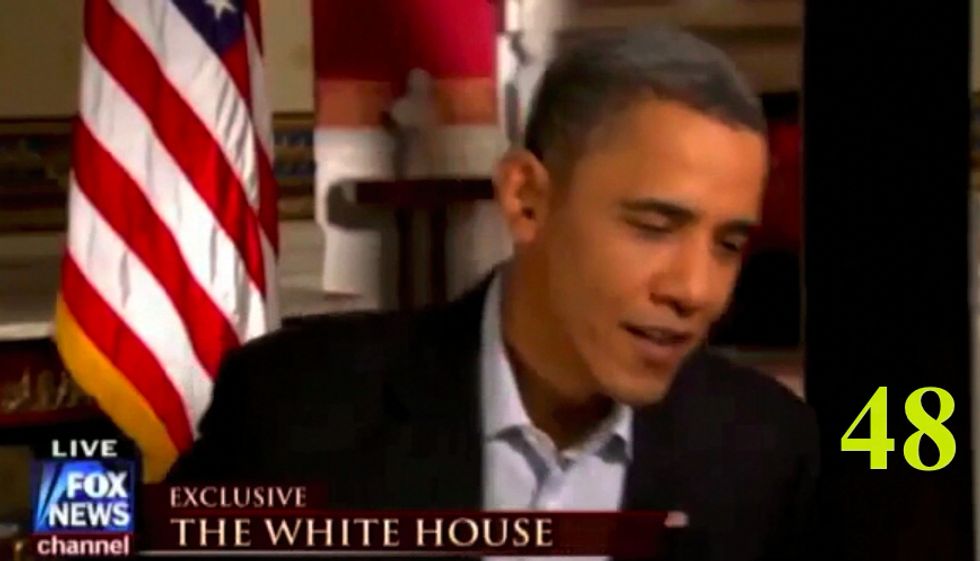 We finally got around to watching that Super Bowl interview Bill O'Reilly did with President Obama, and it turns out it's not much of an interview at all. Basically it's just an opportunity for O'Reilly to annoy the president of the United States every few seconds by interrupting him. You know, the sort of decorum one usually has when ones speaks with the head of state. We counted it up and found 48 instances of O'Reilly interrupting the president in this single interview. And we collected them all for you in one annoying video!

How dare he?! (He being the president, who interrupted O'Reilly's interruptions once or twice. LET BILL SPEAK, YOU JERK.)

This is how real journalists do interviews, kids. Get your opinion across, and then if you have a few spare seconds, the person you're interviewing can say some words too.