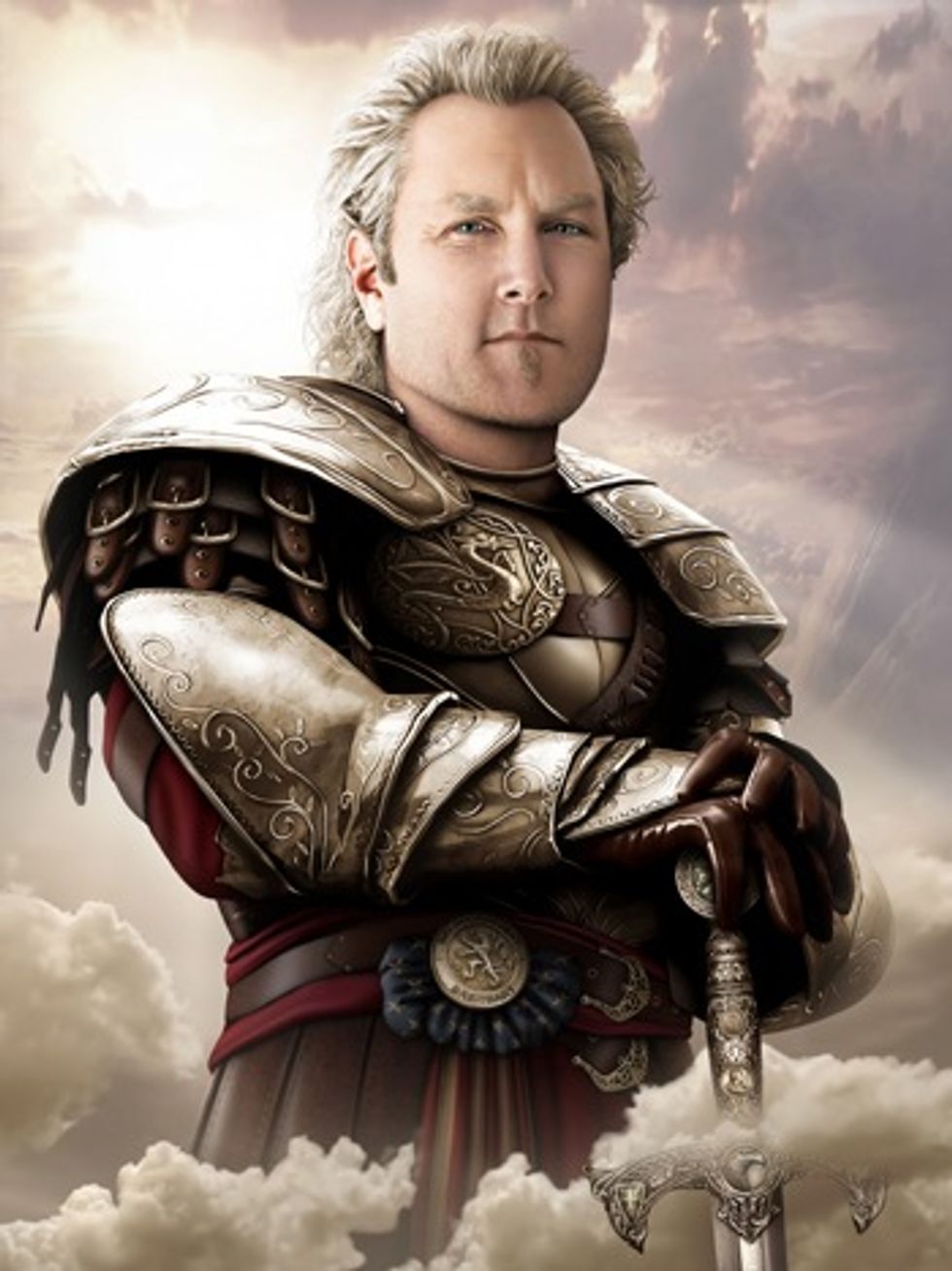 Patriot Depot, supplies for the conservative revolution, has what you crave, and that is seven different versions of this amazing portrait of Ghost Andrew Breitbart titled Fight. You could buy it in a pack of post cards; you could buy a giclee print; you could buy a $49.95 version, or a $3,999.95 version, because $4000 would just be a silly price to pay for this, but $3,999.95 is a steal!

In a previous life, your Editrix spent 12 years as an actual art critic, the kind who never didn't have a shiv in her pencase and a sneer upon her face. But she always had room in her heart for art atrocities of the naif tradition -- Slate pitches taking the form of art reviews, if you will -- and this work by David Bugnon is the kind of masterpiece of Outsider art, a veritable holocaust-tsunami of bad taste, for which she would have #warred all those other stupid art critics who were too busy fawning over Richard Diebenkorn or some other AbEx total crap (and 50 years too late) to understand the beauty of a work like Fight. Look at the loving attention paid to the contours of Ghost Andrew Breitbart's fat face! Look at the fanboy comic-geek detail on that super-bitchen sword and armor! Look at the improperly foreshortened arm, which would have left Ghost Andrew Breitbart with little 18-inch-long stub arms that couldn't have even reached his pockets! Look at those steely dreamy sexboat eyes, undressing you out of your altarboy cassock! The only problem with Fight that we can possibly see is that David Bugnon got Hell's lighting wrong.