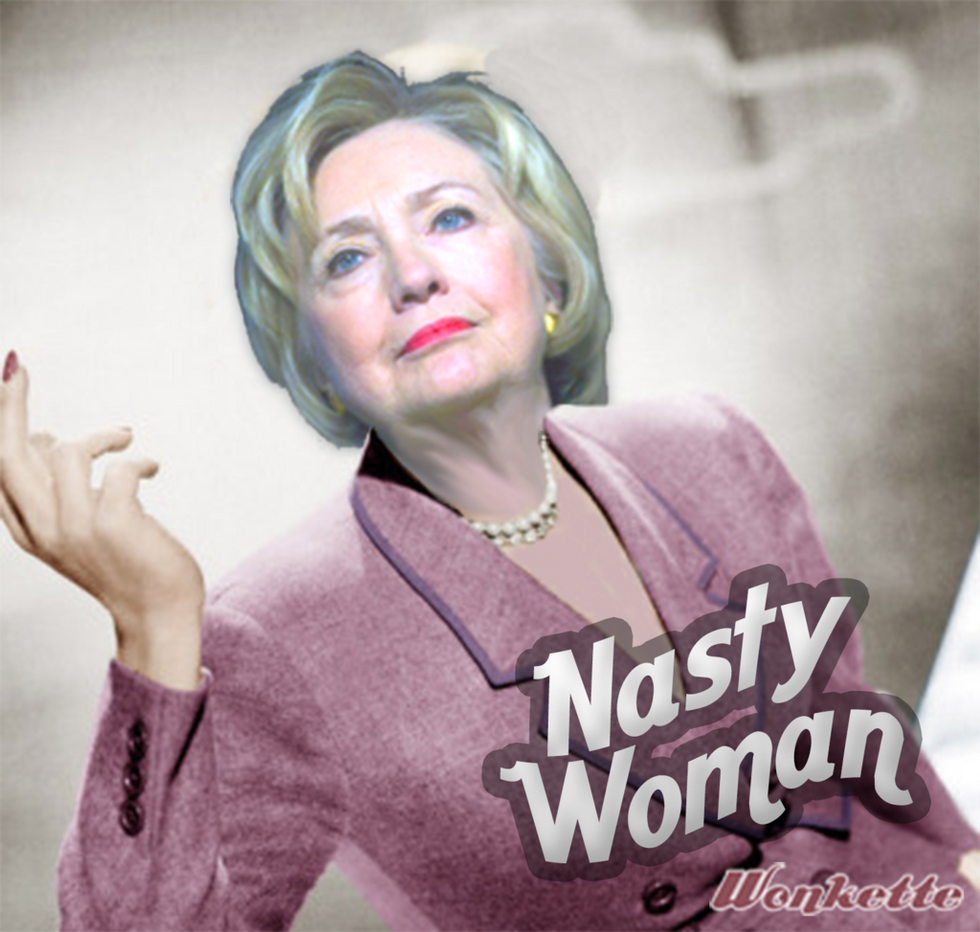 What is that thing above? It is the only skit from The Daily Show since Trevor Noah took over that I have ever seen! It is very charming and funny, and you can watch it, or you can skip straight to about the last minute when DJ Mansplain comes in, and watch it from there.

SURPRISE, WE MADE YOU WATCH HILLARY CLINTON, AND ALSO YOU LAUGHED!

Hahahaha, we sure do suck sometimes.

For those of you who've been on the Internet the past few days or lifetimes, it has been a BAD one! The Vanity Fair hullabaloo (they had a dumb video that told Clinton to take up knitting, and after a year of #MeToo and pitchforks, Nasty Womenfolk WERE NOT HAVING IT) boiled into the stupidest Hillbot vs. Berner RAGE -- as our own former Gary Legum said, as if people were trying to end 2017 in the most 2016 way fuckin' possible. Tell you what: LET'S NOT DO THAT ANYMORE.

I'm not a neoliberal; you're not a neoliberal; nobody you've ever met is a neoliberal unless you've met, like, Harold Ford probably. None of us is centrist; about half of us are socialists; we all care about our brothers and sisters and want them to have health and decent lives and a strong Sweden-style safety net; and we are leaving ALL viciousness to our fellow lefties behind. Hell, we might try to be nice to a rightwinger once in a while, but only because it makes 'em even madder.

Robyn will be here with you tomorrow, and you can join us Sunday for our Year-End posts on the hour starting at noon and going through midnight. Then we'll all have Monday off and come back Tuesday AWESOME and KICK-ASS and JOINING TOGETHER for a NEW CONGRESS and to get these SHITBIRDS OUT OF OUR HAIR.

It's been a hard, fuckball of a year, and not in any kind of good way. But most of us are still here. And we'll come back swinging. Thanks for riding along with us. We'll ride and die with you.