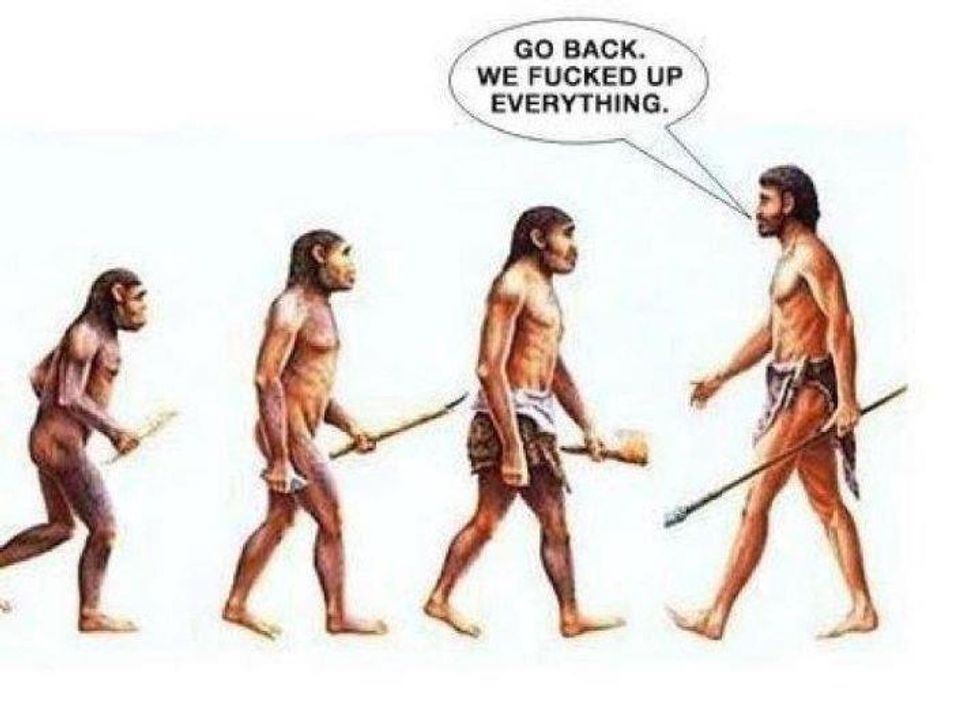 Just in case anyone was worried that American schools were sinking into a morass ofCreationism and Stupid (ah, but we repeat ourselves), the bad news is, well, they kind of are. But the good news is that there are some pretty awesome young people who refuse to sit back and let it happen, like hero Rhode Island teen Jessica Ahlquist, who successfully sued her Rhode Island high school to get a an official “school prayer” banner removed from the gym last year. Or how about today's hero, 19 year old Zack Kopplin, a Louisiana student who has been fighting since 2008 to repeal the "Louisiana Science Education Act," which did for science education what Dubya's "Clear Skies Initiative" did for clear skies. The law allowed teachers to "bring in their own supplemental materials when discussing politically controversial topics like evolution or climate change." Many teachers believed the law gave them free rein to throw out actual science textbooks and replace them with overtly creationist materials, but Kopplin, then just 17, helped rally opposition, and while the dumb law remained in place, Lousisana at least adopted science textbooks that taught actual science. Now, Kopplin is a student at Rice University and is raising hell against school voucher laws, which funnel public money to private schools that teach religious doctrine, including, of course creationism.

In a column for MSNBC, Kopplin calls attention to at least 310 schools nationwide are using taxpayer funds to teach creationism, which courts have routinely found to be a violation of the 1st amendment -- including, most recently, in Louisiana, where a federal court threw out that state's voucher law.

Kopplin notes that the 300 schools he has identified are only the ones which publicly announce that they teach creationism, and warns that hundreds more are teaching creationism but not advertising it openly. He also notes that "Some states, Arizona and Mississippi, haven’t even released lists of schools participating in their voucher programs for the public to audit."

Here are a few of the overtly creationist statements Kopplin found from schools accepting tax money:

So, to sum up: Yes, things are terrible, and there is an active effort to promote religious doctrine under the guise of "school choice." But there are also plenty of smart young people like Zack Kopplin who are working to make sure the Christianists don't get away with it -- and they have something of an advantage, what with having the Constitution on their side.

Check out Wonkette on Facebook and Twitter and even on Tumblr. And if you think brief messages from Wonkette writers are a natural selection, Doktor Zoom is on Twitter, also, too.