Here's A Thing That Happened: Rachel Maddow May Or May Not Wear Pants (Video) 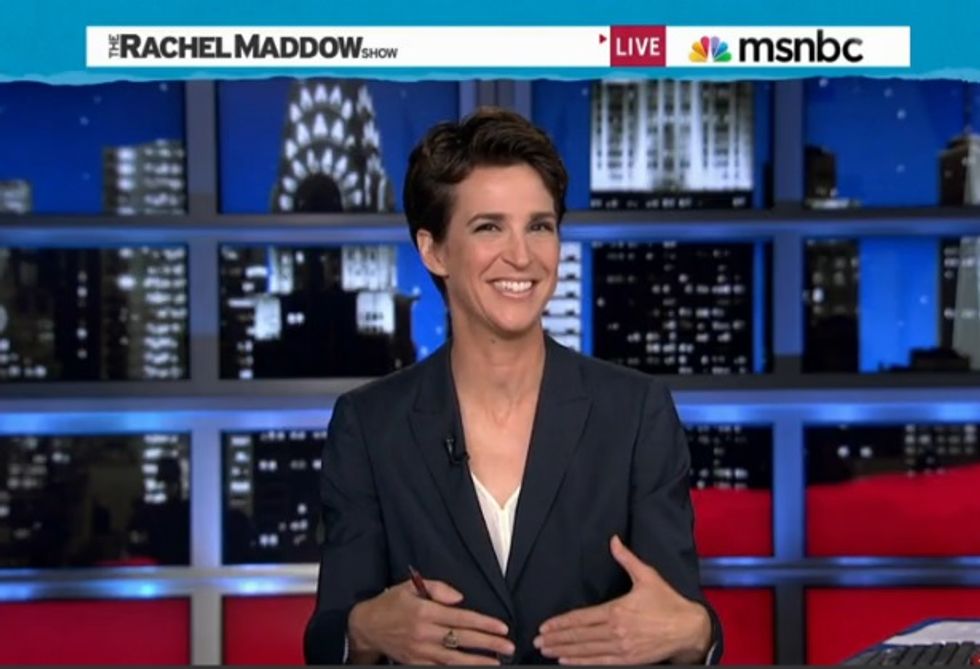 Our Maddow piece today is a short, nearly silent "And now, here's a thing..." bit on the embarrassing discovery that Massachusetts Republican candidate for governor Charlie Baker -- whose campaign ads have been all about jobs, jobs, jobs -- was given an award in 2008 for "Outsourcing Excellence." And the Martha Coakley campaign found a photo of him accepting the award ... in a tuxedo. Oopsies. It's gorgeous.

And even better, Rachel first reminds us that nobody in the home audience can know for sure whether she's wearing pants. Yes, she says that. And Lawrence O'Donnell wanted to know more.

Also, because it's been a half-week of horrible scary news, she brought us some adorable video of a baby otter named Moe:

(The "surprising political news" about another otter was about the seemingly close race faced by incumbent Idaho Gov. Butch Otter. We'd love that to be the case, but come on. It's Idaho.)