Here's How The GOP Will Successfully Kill Any Financial Regulatory Reform 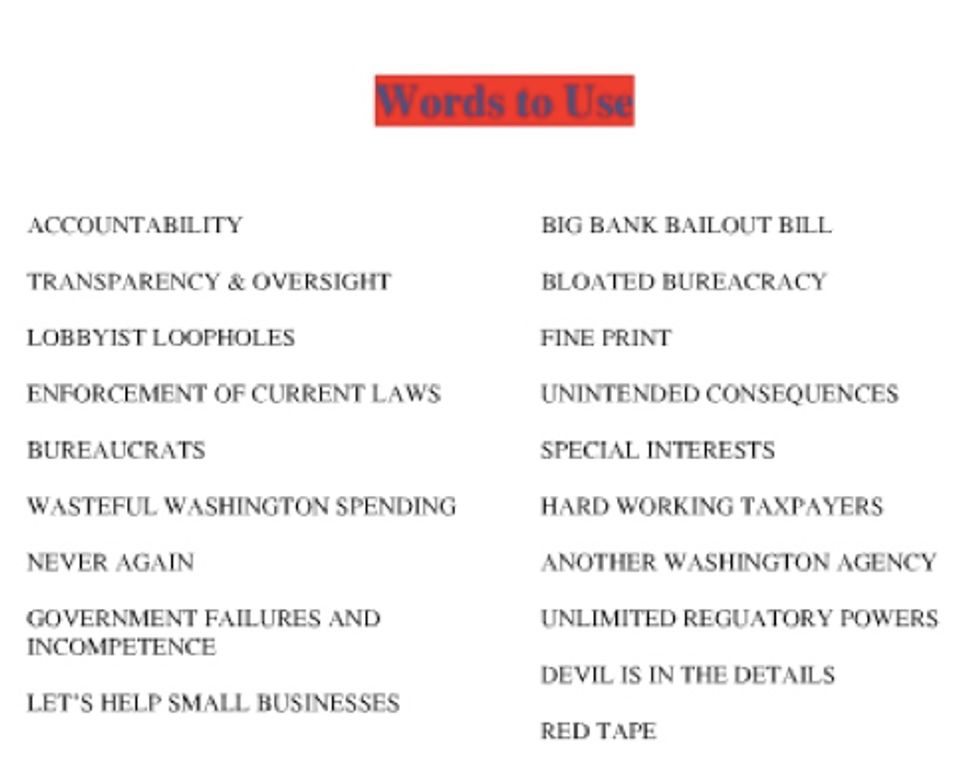 Just days after Barack Obamaadmonished Republicans for paying exclusive attention to GOP pollster/"message guru" Frank Luntz's push-polly memos about how to kill each piece of major Democratic legislation, Frank Luntz has produced a push-polly memo about how to kill the latest piece of major Democratic legislation, which Republicans will pay exclusive attention to. From now on, we should all record usages of these comically hackneyed (and embarrassingly effective!) "words to use" by paper cuts to the wrist, the jaded liberal's preferred system of score-keeping. You should probably tack "9/11" and "n***er" onto this list, too; don't know why they're not on here. Asleep at the wheel, Luntz?

It's true. On some random morning around 2001, tens or hundreds of millions of average Americans woke up and decided, for no apparent reason and with no incentive, to take out loans on things they couldn't afford and hopefully destroy the world several years later. Who were lenders with no intention of keeping any loans on their books supposed to turn to for protection, in the face of this black Mexican army of homosexuals?

Man, compared to some watered-down but helpful Democratic bill with certain inevitable loopholes, we'd rather just have another global financial crisis, any day of the week.