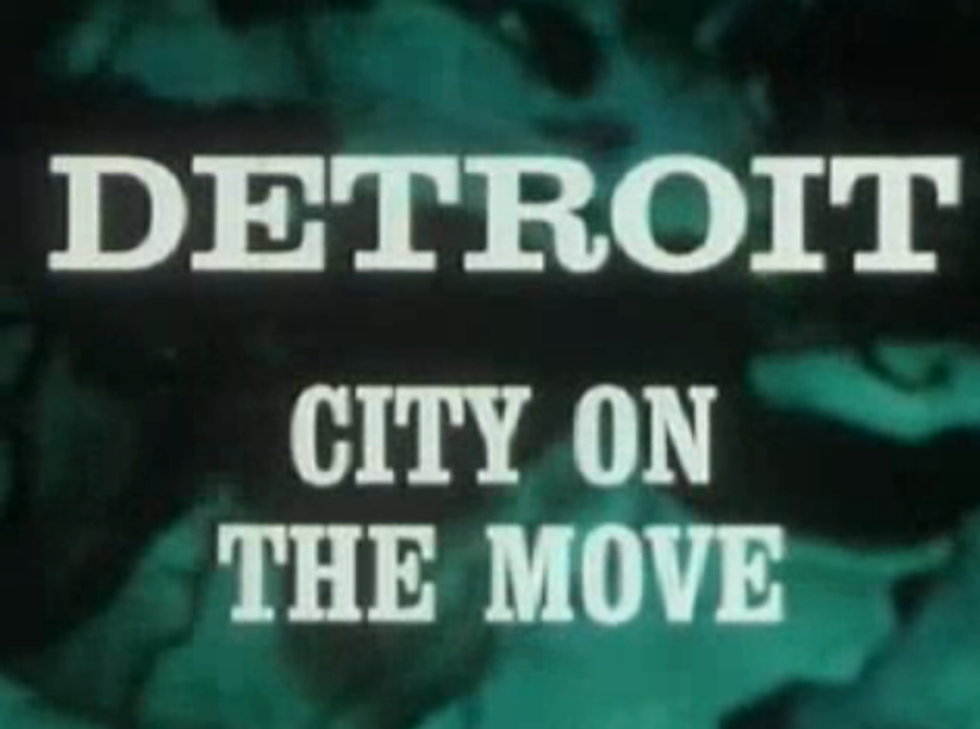 The Heritage Foundation is a place for great thinkers, so it comes as no surprise that one of their geniuses has finally, from his little marble Koch cubicle in D.C., solved why Detroit is losing population:it's full of liberals. Scary! One would think it would be easier for the people of Detroit to just start electing Teabaggers instead of leaving all their possessions behind and running to borders to escape the sheer terror of living under the rule of Democrats, but apparently that is not the case, according to this man who has never been to Detroit. This is such a brilliant answer to that city's population loss! We bet if you look at other regions of the country led by Democrats, you will see the same thing. Regions such as the one ruled by Barack Obama.

But to understand why folks are really leaving Detroit, it’s worth looking where they’re headed. As Detroit suffered a population loss, its neighboring suburban counties with lower crime, better schools and an improving economic outlook saw their population increase. One former Detroiter told The Detroit News, “Detroit just got too messy for me … I was not getting the benefits of those tax dollars. The city services are poor and I could not use the school system. And you look at the cost of living and the corruption, we had to leave.” In other words, bad government drove her out, and she’s seeking greener pastures elsewhere.

Second, this quote is a Detroiter complaining that there is not enough big government in the city. The city has seen a decline in the socialistic services it can provide. Isn't that the Heritage Foundation's wet-dream scenario? There is less socialism in Detroit! It must be paradise!

And the problems that plague Michigan and Detroit are the problems with liberal policies. The promise doesn’t live up to the results. The Washington Examiner’s Michael Barone writes: “When people ask me why I moved from being a liberal to being a conservative, my single-word answer is Detroit. The liberal policies which I hoped would make Detroit something like heaven have made it instead something more like hell.”

And now, after living in that liberal nightmare, Detroiters have voted with their feet in record number.

Makes sense! But if we're just cherry-picking random places in America to prove the other ideology is wrong, what about Mississippi? That one has a bunch of black people too, so you still can secretly hate it because you're racist. It ranks 50th of 50 in income, 50th of 50 in life expectancy, and is number one in obesity. Yet, its leaders are conservatives. People would probably leave Mississippi if they could to escape this CONSERVATIVE NIGHTMARE, but they'd strain themselves trying to roll that far.

Meanwhile, in this guy's second graf, we find an answer to Detroit's woes:

Detroit, once known as “the great arsenal of democracy,” has made headlines of late for its notorious fall from grace. The “Big Three” automakers are no longer the biggest, falling behind their overseas rivals, and the Michigan economy lost 450,000 manufacturing jobs over the past 10 years

Oh look! Their economy is terrible and can't provide people jobs! That's the reason why people leave! Why didn't he just stop the column there? Because this brain-tanker guy has too many brains, obviously. [Heritage Foundation]