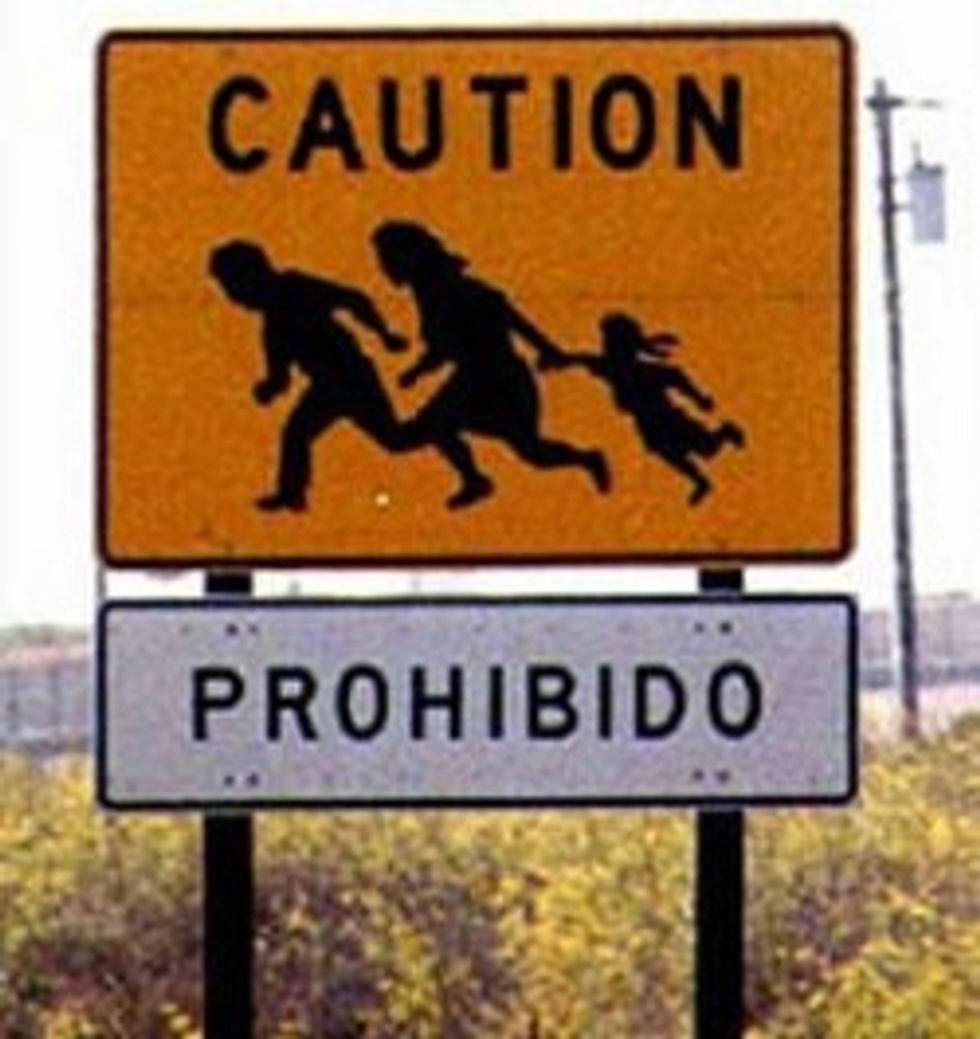 Conservative masturbatorium the Heritage Foundation has a shoutynew report with "estimates" and "projections" and "racist stereotypes" and linguistically satisfying turns of phrase such as "also probably" that prove immigration will maybe by their esimate cost a trajillion dollars. Let us give you an example of their math: If a train leaves Chicago at 5:15pm going 55 miles an hour and runs over six llamas by the time half of its passengers have gotten off in Omaha, the leaky faucet in our tub will waste the equivalent of lake Michigan at some point in the coming centuries, ergo STOP IMMIGRATION REFORM NOW.

Heritage has a fascinating explanation of its study based on the premise that we cannot reform immigration because the government has lots of different "welfare benefits" to help Americans such as "educating the children" and "making sure people don't starve" and other luxurious frivolities like that. You know, programs including "Medicaid, food stamps, the refundable Earned Income Tax Credit, public housing, Supplemental Security Income, and Temporary Assistance for Needy Families." These are all horrible, wasteful programs that we should not have at all, but if we must have them, they should be mostly for rich white people who don't need them, just as Jesus and Thomas Jefferson intended.

Why is that relevant to immigration? They present a Rubix blob of arguments about how "[t]he governmental system is highly redistributive" and some people pay more in taxes than other people and "net tax contributors" and "net tax consumers" and some people say this but other people say that and "[m]ost analysts assume" and blah blah blah ... If we grant amnesty to undocumented immigrants, they will suck up all the roads and fire departments and Obamacare with their "poorly educated households" and their "U.S.-born children," and "their wages would likely go up as they sought jobs in a more open environment," and then they will use up our Social Security and Medicare when they are old, and then they will steal our dreams:

So in conclusion, voodoo math says that somehow many of the services the government already provides to many undocumented immigrants such as public school for children regardless of citizenship status or, say, Medicaid payments to hospitals to cover emergency care for undocumented persons will all somehow become more expensive once those people are granted status as legal taxpayers.