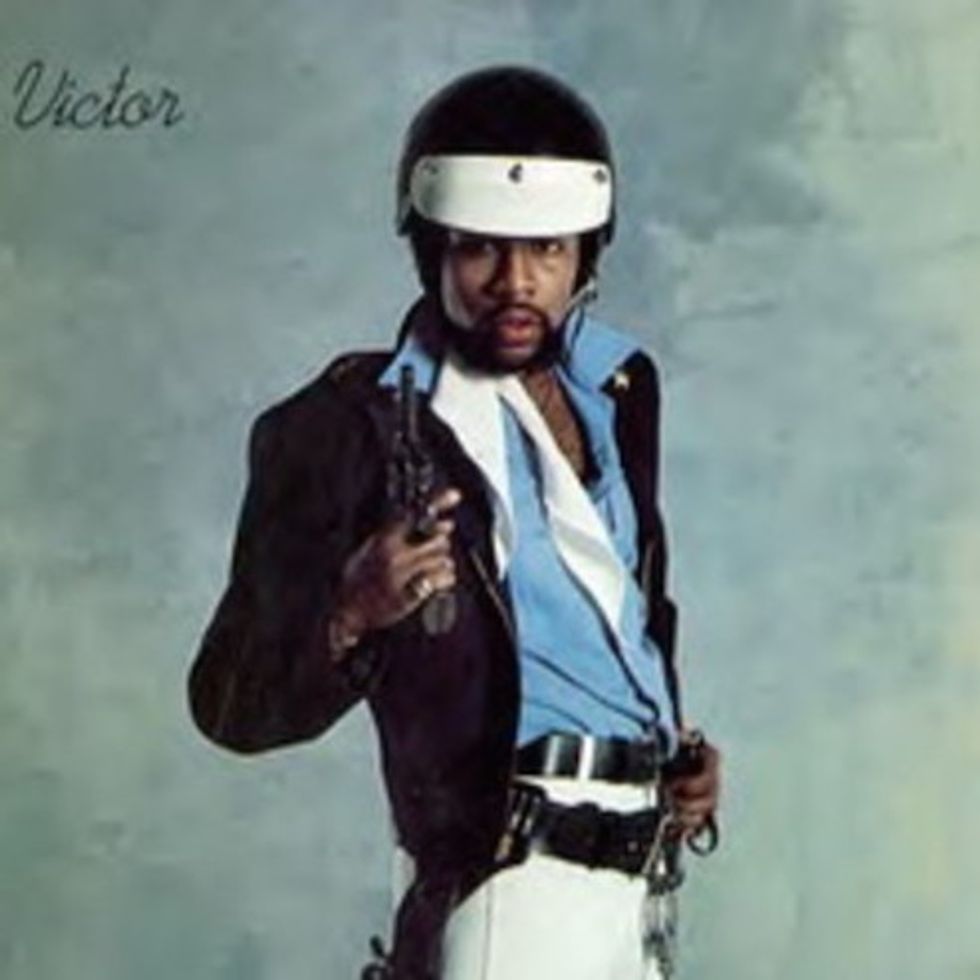 You guys, are we talking about the gays too much? We're a little worried we're talking about the gays too much, but there's just so much gayness happening right now, you know? So many other states rammed gay marriage down our throats since Utah did last year that we'd kind of forgotten all about how adorable they were being all newly out and proud. On Sunday, Salt Lake City had an extra-biggish Pride parade to celebrate, but one Christian cop stood athwart the gays yelling "STOP" and refused to work at the parade. What a prince.

Weirdly, his police officer boss people are not really all that cool with this stance. Jerks.

A Salt Lake City police officer has been put on leave due to allegations that he refused to work at this weekend’s Utah Pride Parade.

"If you refuse to do an assignment, that’s going to be a problem inside the police department," police spokeswoman Lara Jones said Friday of the need for officers to follow orders.

Yep. That's kind of the very basic fact of life in a structured authoritarian type gig that comes with ranks and such. Someone above you tells you to do A Thing and you have to do said Thing, regardless of your feels about the matter. Also too, you work for the goddamn government, sucka, which means that you actually factually have to deal with viewpoints you might find personally repugnant. Don't like it? Consider becoming a pastor or a pharmacist or something.

You've probably already guessed that there are mouth-breathing Christians just fucking salivating to support this guy, even if it means being as incoherent as humanly possible.

“Requiring him to support a parade celebrating something he feels is wrong is, well, wrong,” another [commenter] proposed. “It’s no different than suing a photographer who won’t take pictures for a gay wedding, or suing a cake maker who doesn’t want to make a gay wedding cake. The law is there to protect from forceful harm, not to force our wills on each other.”

Let's see. Where do we even start with this? Being a cop is pretty much the exact opposite of being your hypothetical cake-maker who hates the gays. There's that whole protect and serve dealio you're required to agree to. Also too, if "the law is there to protect from forceful harm" then you kinda sorta already said why you need cops at a gay pride parade or any large-ish parade or rally type gathering -- the possibility of harm increases when you pile bunches of people together and douse them with beer and sunshine. (If they are allowed to have beer and sunshine in Utah; unclear.)

Hero cop has not actually come forward with his identity, probably because the gays would order a hit on him, but he has already lawyered up so that he could whine through a mouthpiece.

A Salt Lake City police officer says the department defamed him and violated his rights when he was put on leave after a conflict over his assignment at Sunday’s Utah Pride Parade.

"He feels that the same protections that afford individuals to participate in a parade like we had yesterday, are the very constitutional protections that were not afforded to him," Bret Rawson, the officer’s attorney, said Monday.

We hate to break it to Mr. Unnamed Officer, but there is very rarely a reason that you get to refuse to do your government job because it makes you feel sad inside, belief-wise. Trust us on this one. Your freedom mainly consists of the right to not have that job.

Big Attorney Man who is speaking for Scared Police Man also explains that his client totally would have worked the parade, but not in a conspicuous gay way like being on his motorcycle at the start of his parade, because that's totally gay. But he also too totally said he'd work after first asking if he could just not work or maybe hide behind other cops so no one would think he was gay, so it is just patently unfair that he got suspended and it is totally just like being fired.

Being put on leave and at the center of a "media circus" amounts to "constructive termination," Rawson said — although the officer has not resigned and the department has not officially fired him.

Yeah, usually one of those things has to happen before you get to wahhhhh about not having your job.

Unnamed police officer, no one was asking you to don assless chaps and tongue-kiss a dude. Do you think the rest of us enjoy every single day of our jobs? The rest of us are forced to do things we find morally reprehensible, like watch that teevee show about the Duggars, all the fucking time.

Seriously, dude. Shut up and grow a fucking pair. We thought cops were tough guys, but you're just a whiny baby who trembles at the mere thought of a gay. Get over it.