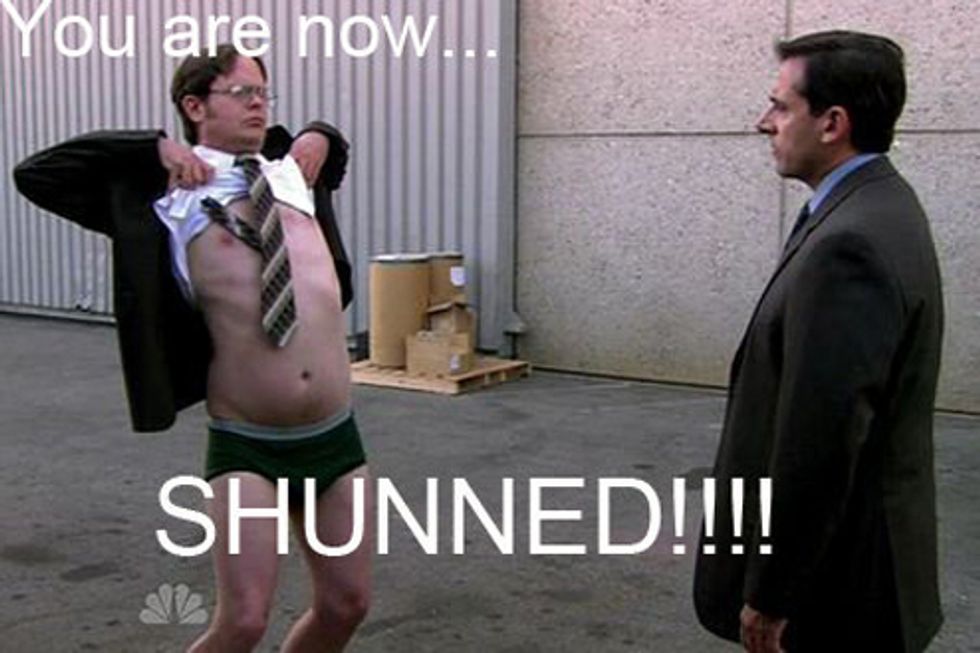 You have to admire the pure asshattery of the Idaho Senate on Tuesday. When a group of 43 gay rights protesters tried to block the doors of the Senate chamber, to keep the Senators from leaving to their committee rooms, they were removed and arrested, which is how your civil disobedience is supposed to work. One of the protestors, however,was allowed to stay: former state Sen. Nicole LeFavour, who remained where she was because of a Senate rule allowing former members to be on the floor of the Senate. And then the Senate voted unanimously to suspend that rule for the day, just so they could eject her, and then she too was arrested. But they had to do it, you see: The Senate believes in hearing from The People, but only when the Senate is satisfied no ruffians are in the place.

LeFavour was Idaho's first out gay legislator; she also used to represent Yr Doktor Zoom's district and is one hell of a nice person.* She led the protest as part of the "add the four words" campaign, which would add "sexual orientation" and "gender identity" to groups protected by the state's Human Rights Act. Currently, gay and trans people have no state protection from workplace and housing discrimination, although in the past year, several Idaho cities have passed antidiscrimination measures. (Yes, in Idaho!) Since the Lege has refused even to allow a vote on the proposal year after year, proponents decided this year to try a more direct, civil-disobedience approach. And so once again the proposal didn't even make it to a committee hearing, but at least this time around, the issue managed to get national attention.

Ah well, maybe the pure jerkishness of changing the rules just to silence one lady will shame these twits, and next year will be different. Hahaha, who are we kidding? It's friggin' Idaho.

*We are glad we're a blogger and not a journamalist so we can say that.