Hero Lady Cop Will Probably Be Fired For Stopping Police Beatdown, Because Duh 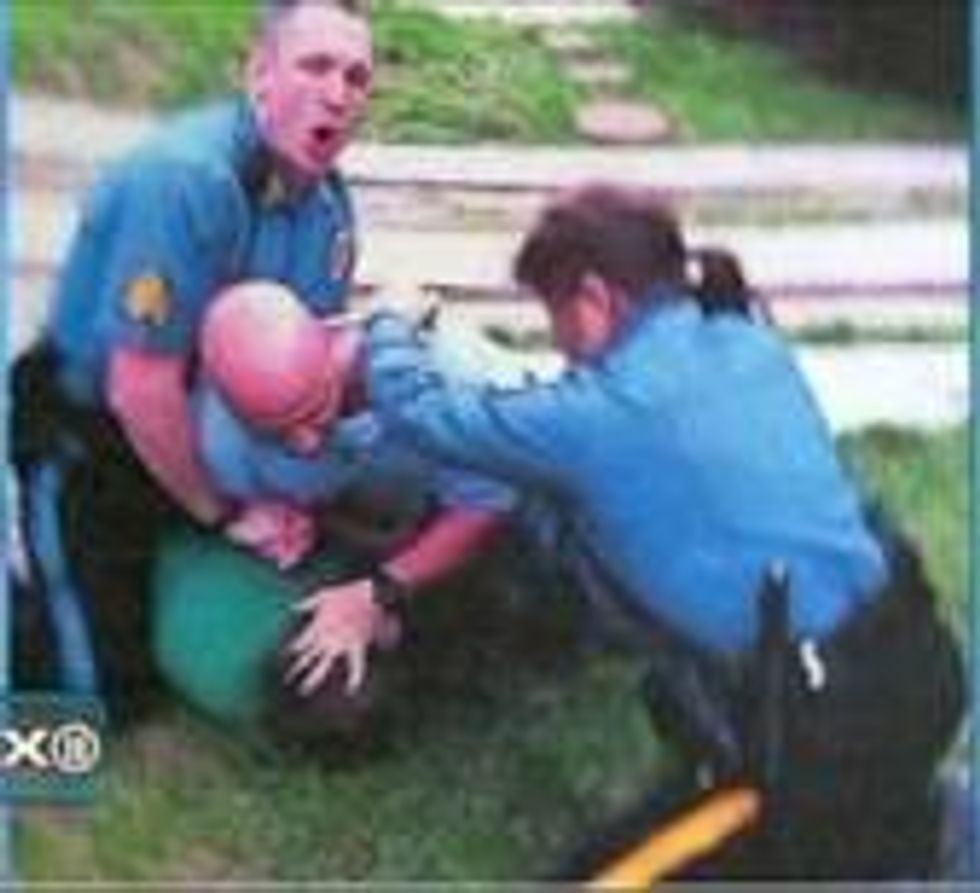 Bogota, New Jersey, police officer Regina Tasca responded to a call about a young man who was being erratic. She was supposed to transport him to the hospital. Two of her fellow officers, though, thought they were more supposed to jump on him and kick him in the head and shit -- you know, the law! Tasca jumped in and managed to pry the officers off the young man. What do you supposehas happened since? A commendation, maybe? Definitely a commendation right? Haha no of course not. She has been suspended from duty for being "psychologically unfit."

The black-and-white tape captures it all--a mother, Tara, screaming for police to stop punching her son on their front lawn. She had called to have her emotionally disturbed son Kyle taken to the hospital. Bogota police responded while waiting for the ambulance. Tasca was the sole officer on the road that day, so she called for back-up according to protocol. Ridgefield Park police then sent two officers. Tasca had just completed her state-mandated training for working with emotionally disturbed citizens.

What happened next? Is it baffling to many?

What happened next is so baffling to so many.

Tasca's voice began to waiver as she recounted the meeting with her superior officer:

"The next thing I know he asks me to turn over my weapon and be sent for a fitness for duty exam," she said.

Bogota PD, after hearing Tasca's story, believes she is psychologically incompetent to be a police officer, and she is being sent for testing. The Ridgefield Park Police officers seen tackling and punching an emotionally disturbed man waiting for an ambulance are never questioned. never interviewed by an Internal Affairs Investigator, and are still working the streets today.

We are waiting on the outcome of Tasca's show trial. Oh, but did we mention that in addition to being a lady cop, Regina Tasca is also gay? That might not be helping.

Tasca spells it out: "I'm the only female--the first female ever--and the first and only gay female also." When asked if she feels targeted because of her sex and her sexual orientation, she doesn't hesitate in here answer: "Yes."