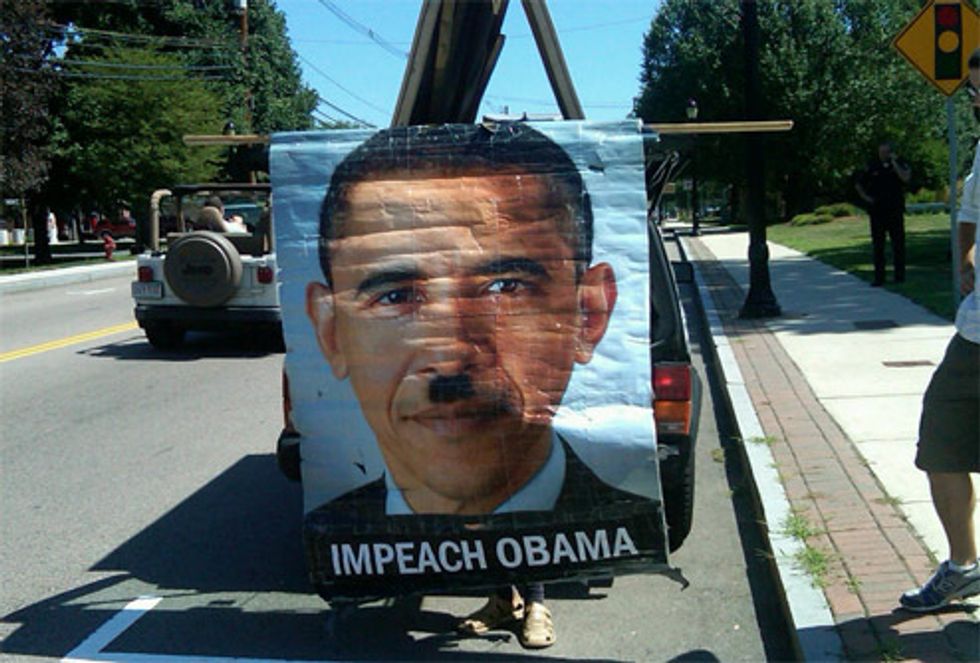 "Barack" sounds kind of German, doesn't it? We mean, if you've never heard German before ... and Obama is just like Hitler in every way, if by "every way" you mean "a little Hitler mustache has been painted on his upper lip." But what are these people campaigning for, on the roadside of America?

Wonkette operative "F. A." sent the photo and this terrifying description of the street action in Mills, Massachusetts:

I live in a really small town. This is so bizarre. I have no idea who the candidate they are supporting is. Will send the other photo of the side of the car. They also have signs on the front that say "pull over" and "stop Obama". People are stopping and are pissed! A local HS teacher went off on them.

You know who else used to get pissed? That's right, Hitler. Also, Obama turned the White House into a mosque last night so Islamic Terrorists could continue building a gym in the same neighborhood as the huge abandoned pit in the Earth called, by some bloggers, "Ground Zero." [Business Week]