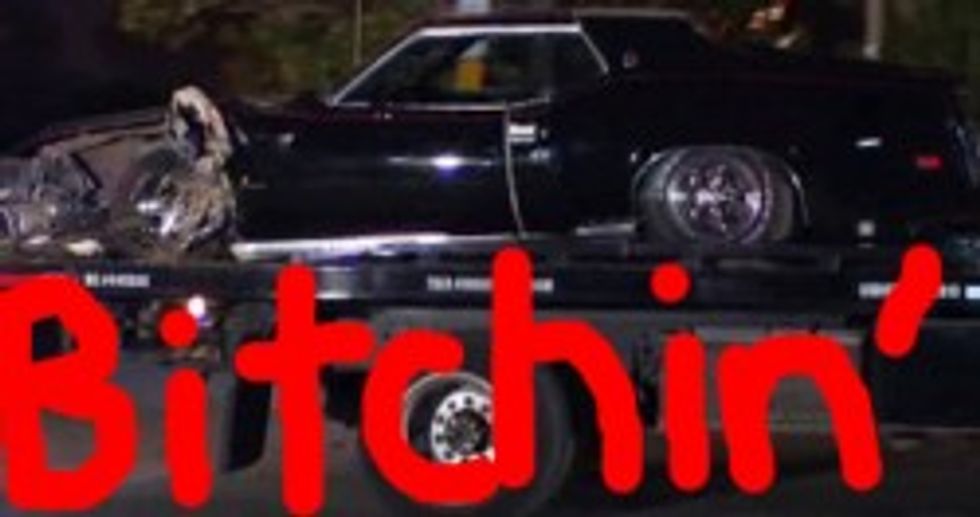 Sure, maybe we can’t all spend five trillion dollarson spray paint to make the family trailer look like Sarah Palin’s Magic Crazy School Bus, but shouldn’t we, as Americans, be able to make small improvements to our vehicles, to honor Sarah and her Race to Nowhere? Isn’t “Vanity Plate Freedom” part of the First Amendment or whatever? It certainly is, at least in the Constitution of one Nevada man’s heart. This man just wants his license plate to read “GOPALIN,” for some reason, but of course, the vanity plate czars wouldn't let him, because of librul bias!

James Linlor was all excited to get his “GOPALIN” license plate, so one day he could meet Sarah Palin and tell her about it, and she could charge him her discounted Creepy Wingnut rate for a photo op. But after submitting his application, James Linlor’s request was denied by the all-powerful DMV Special Plates Committee, so now he has been forced by the Founding Fathers to file a lawsuit.

The complaint alleges Linlor requested a personalized license plate of “GOPALIN” in 2009 and 2010, but the DMV denied his applications, stating the request was "vulgar or obscene or expressing superiority of political affiliation."

Despite the judge’s decision, the complaint alleges the DMV again denied Linlor’s request for a “GOPALIN” plate. Meanwhile, Linlor discovered the DMV had issued other politics-related license plates, including “GOGREEN,” “DMOCRAT,” “AL GORE,” “KERRY,” “EDWARDS,” “DEAN,” “HILLARY” and “RONPAUL,” while rejecting requests for “REPBLCN” and “BUSH,” the complaint alleges.

James Linlor would like to know why “HILLARY” is an acceptable license plate, but “BUSH” is not. Does the Special Plates Committee just sit around in a dungeon, making jokes about what these plates could mean? Of course, “GOPALIN” could easily be “vulgar or obscene,” because maybe it refers to Bristol Palin, and that kind of thing is gross and inappropriate for the roadways.

There is no questioning James Linlor’s love of Sarah Palin, though, as he is quite good at being the annoying victim no one really wants to hear from anymore:

Bruce Breslow, director of the Nevada DMV, said Monday he’s not sure why Linlor brought a lawsuit this month because the “GOPALIN” plate was issued Dec. 30, 2010.