Hey Democrats, Here's How To Grow A Pair And Save The Supreme Court 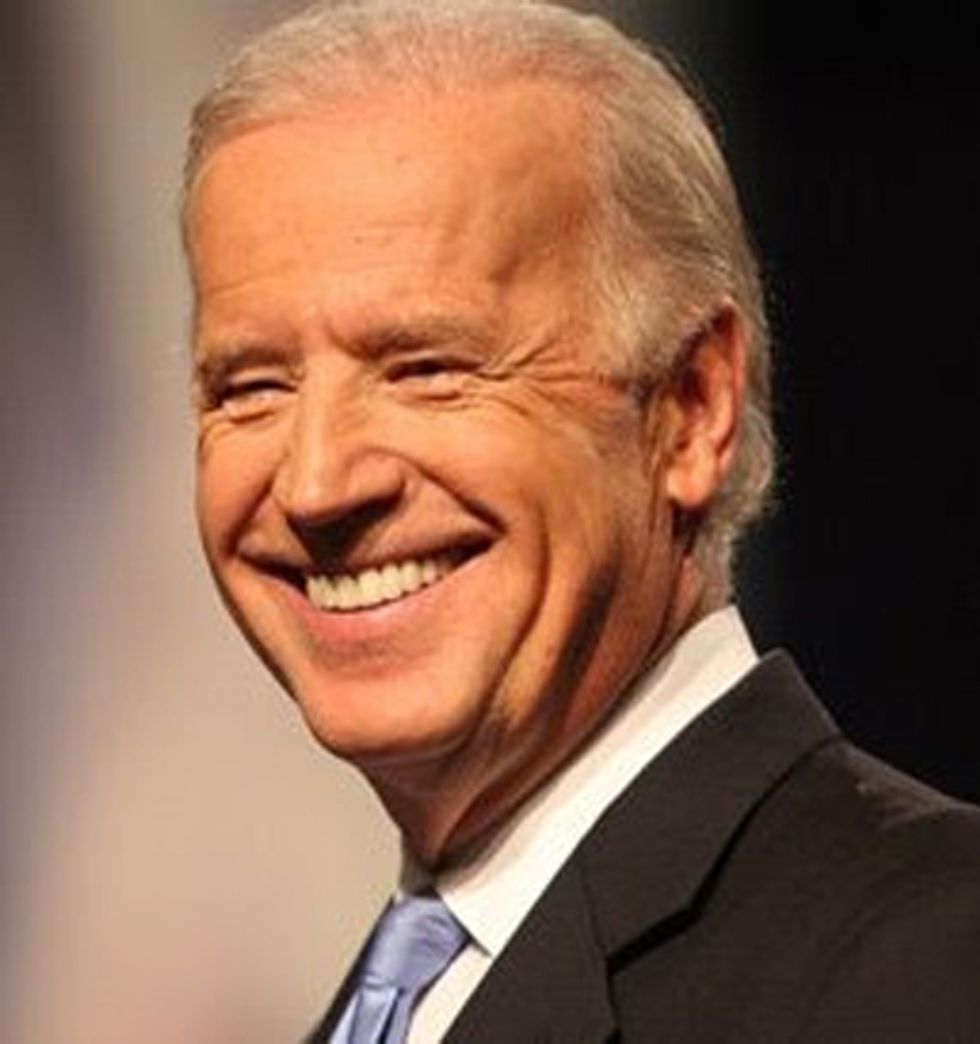 Joe Biden can make this happen!

Oh look, we have found a tiny reason to have hope about a thing! No, it is not about convincing electors to give the presidency to John Hillary Kasich Clinton-ghazi or somebody, but that could still happen! It is not about Jill Stein's recounts, but those are still out there kickin' it. It is about the Supreme Court! You see, there has been talk about Barry Bamz Obama doing a recess appointment on January 3, 2017, while the Senate is out of session, to put his very nice nominee Merrick Garland into the seat recently vacated by Antonin Scalia's dead bottom. He could do that! But the appointment would only last until the end of the next Senate session, which would be December of 2017.

Also, Obama probably won't do that. As Dahlia Lithwick points out, it would create a "grotesque spectacle, demeaning the players and diminishing and compromising the public esteem for the court." Sadface. (But Obama can totally do it if he wants to, we don't care.) Lithwick's alternate suggestion is that we treat Trump's entire presidency like a lame-duck presidency, and basically just be twice the dicks Republicans in the Senate have been the entirety of Obama's presidency. Valid suggestion!

But Wonkette pal Karoli Kuns over at Crooks & Liars points out that a different thing could happen on January 3, 2017, where Garland could be ... confirmed by the Senate? WHOA IF TRUE! Here she explains it, "in a nutshell":

On January 3, 2017, Democrats will hold the majority in the Senate for a few minutes, until the newly-elected Senators are sworn in. Biden could convene the Senate in those few minutes and call for a vote. The majority could then suspend the rules and vote in Merrick Garland.

That would be the beginning of the 115th Congress, which will start at noon that day. You see, as this Washington Post thingie explains, Garland's nomination will die once the Senate adjourns this year sine die, which means "PEACE OUT, A-HOLES" in Latin. So, Obama would have to re-nominate Merrick Garland. (Do that please, Barry Bamz, you're our only hope?)

The key here is that VP Biden would have to be willing to convene the Senate and recognize Senator Dick Durbin instead of Mitch McConnell. Durbin moves to re-nominate Garland, and Senate Democrats then vote to confirm him. They will have a quorum for those few minutes.

So Old Handsome Joe Biden would be running to the Capitol with the renomination underneath Old Handsome Joe's Armpit, and during that brief period where Dems have a majority, before the newbies are sworn in, they would vote for him and he'd be on the Court for life.

It's bold. Garland would be confirmed by 34 Democrats and no Republicans. It will certainly enrage Republicans, but they're already enraged and full of hubris about how they're going to screw Democrats anyway, so what do they really have to lose?

Nothing. Is this a longshot? Oh GOD yeah. As far as the procedural rules go, we've been making our list and checkin' it twice, but nobody has been able to shoot a hole in the logic so far. It all has to do with what has to happen in the first few minutes of that new Congress, and also with the definition of "Quorum: How Does IT Work?" (NOTE: If we establish that there is a big hole in this idea, we will update, because ooh boy, they're bickerin' about it on the Tweeters!)

Here's the Daily Kos's David Waldman, explaining all this in tweet form:

Do the Democrats have the balls to do this? Probably not. But it's an actual thing they could do, and after the Republicans' Year Of Obstructing Magically with Merrick Garland's nomination, it would be a nice "fuck you" shot across the bow to the incoming administration and Republicans in the House and Senate that, under Führer Trump, Democrats are decidedly NOT dicking around. (For once.) You should call your Democratic senators and tweet them this, in order to MAKE THEM do it.

Anyway, if you've read this far, this post also serves as a reminder that you need to GO DONATE MONEY DOLLARS AND VOLUNTEER TIME to the Louisiana Democratic Senate candidate Foster Campbell, who we really, really, really need to be elected on December 10, so the Republicans' majority in the Senate can truly be as teeny-weeny as it can possibly be. Go! Do what we say! Make it happen, cap'n!