Hey Everyone, Let's Talk About Justin Bieber's Penis, With His Dad! 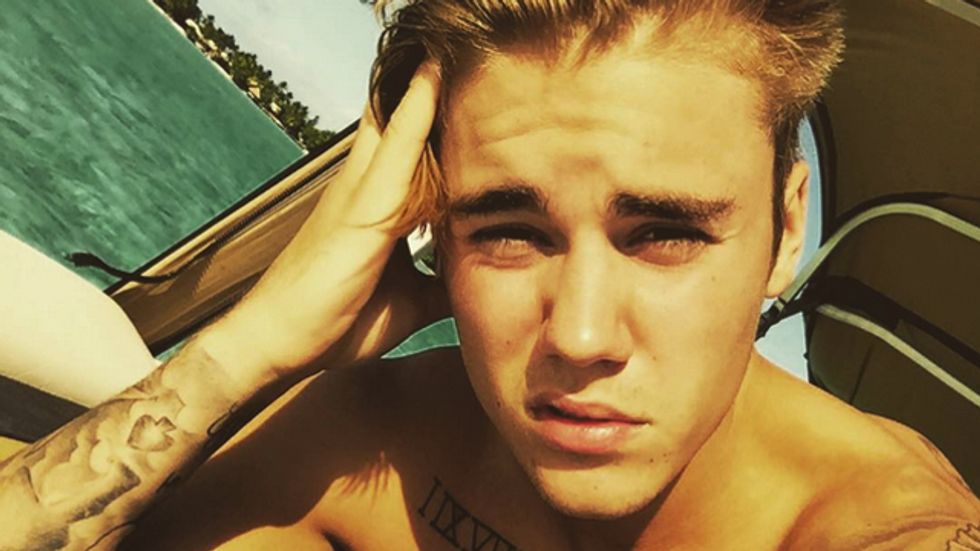 Not pictured: His dad's pride and joy, apparently.

Dads are great. (Unless yours isn't.) They share wisdom. (Unless yours doesn't.) They go to your piano recitals, and they never fail to support whatever it is their crazy kids get into, even if they don't always know what the hell to think about it. (Unless your dad sucks.) And when pictures of your penis end up on the internet, they're nice enough to look through the pictures and send Twitter congratulations, on your penis. OK, we are DEFINITELY not talking about our dad, and we certainly hope we are not talking about yours. No, we are talking about Justin Bieber's dad, because boy howdy is he proud of his son's penis. Wait, did we say "proud"? We meant #proud, like with the hashtag.

You might have heard about the leaked Bieber Pien pics (NSFW unless you work with a bunch of shrieking Beliebers or homosexuals), but have you seen what Justin's dad tweeted?

Um ... thanks, Dad? Daddy-O? And really, on Twitter? Is there a therapist around?

Not that it would be ANY LESS CREEPY, but here are some other ways Jeremy Bieber could have complimented his son Justin's penis, which would not have made the news:

OK, to cleanse our palates, and since it's Friday, we should turn this post into a Nice Time, so let's look at Matt Bomer's body in "American Horror Story: Hotel." Don't worry, lady-lovers, there are girls in this clip too!