Hey Fellow Antifa Supersoldiers And Bolsheviks, What Are We Doing AFTER The Revolution Today? 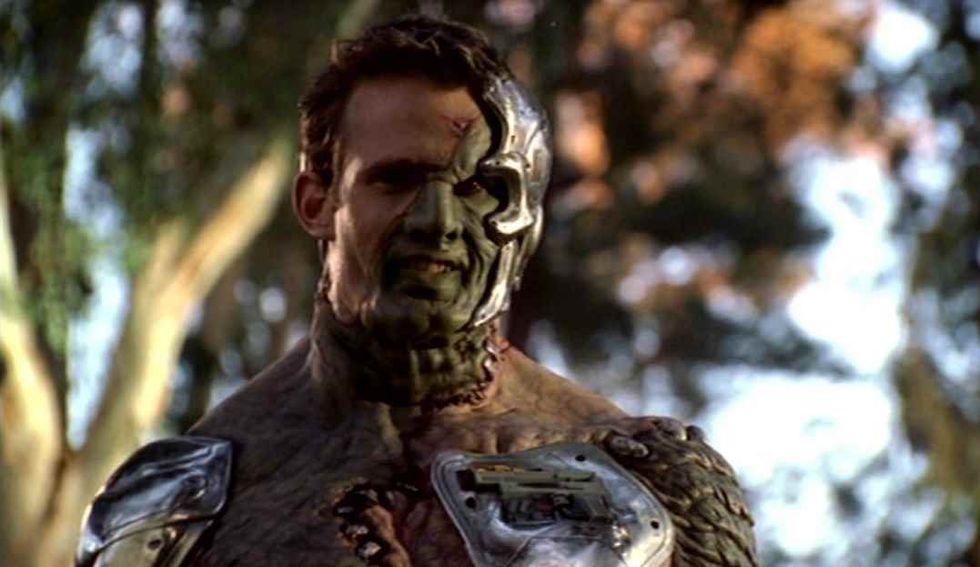 As you may have heard (if you are the kind of alt-right conspiracy theorist that reads Infowars and Gateway Pundit) today is the day of the great revolution in which Antifa supersoldiers head to the street and start the beheading of all the Trump supporters.

We've been planning this all for quite some time--at least according this random dude, Jordan Peltz, who is not a police officer of any kind but plays one on YouTube figured out that November 4th is the date we have all collectively set for the revolution.

Also according to noted genius James Woods, who foresees a counter-insurgence happening in places with open-carry, for this thing that is definitely happening for real and not just in the fevered dreams of right-wing nut jobs.

And sure, you may be thinking this is not a good day for that AT ALL, it is very rainy and gross and I don't feel like getting out of bed even because of how warm it is in my bed and the amount of gin I drank last night. Can the bloodbaths wait until I've had my coffee?

But, if we're gonna be doing a bunch of beheading with all those guillotines we've been building, the rain will at least help with the cleanup. I mean, let's be real here. We are going to have a lot of work to do after the revolution, and no one is gonna feel like cleaning up blood all day tomorrow, along with the dead bodies. Gross! That's not a thing any manarchist in college ever tells you when they're drunkenly blathering on about "Well, after the revolution," but obviously it has to be done.

Personally, I will probably leave that for other people (specifically the men -- after the revolution, MEN can handle the clean-up, please and thank you), and stand over on the sidelines in a floppy hat singing "On My Own," because I feel that this would be my most meaningful contribution to any revolution.

But clearly, much like the manarchists I hung out with in college, we're gonna have to start thinking of what we are going to do AFTER the revolution. I mean, sure -- George Soros-funded pizza party, President Nicki Minaj, obviously -- but also after that. We've gotta think big, people.

I HAVE SOME IDEAS.

1) After the revolution, no more than 20% of all shirts in women's clothing stores may have cut out shoulders. Same with side zippers. SAME WITH SIDE ZIPPERS.

2) After the revolution, laying off good writers because you are "pivoting to video" or hate unions will be an official crime of some kind.

3) After the revolution, Law and Order Criminal Intent will be streaming SOMEWHERE. Also there will be new episodes, possibly starring me as a competing (and possibly evil) genius detective, caught in a sexy love triangle between Vincent D'onofrio, Jeff Goldblum and guest star Elvis Costello. See also, Cold Case and I'm friends with Tracie Thoms and sometimes we sing songs from Rent together while we are solving crimes (Jesse L. Martin is also on this version of the show, obviously. As Detective Green, because AFTER THE REVOLUTION WE DO WHAT WE WANT.).

4) After the revolution, the ID Channel will be available on basic cable.

5) After the revolution, ice cream is good for you. This is a given.

8) After the revolution, WE DANCE. Because hey, as Emma Goldman said, " If I can't dance, I don't want to be part of your revolution." So, you know, there will be dancing. Lambada, ideally, but I am open to suggestions.

9) OH, and sure. We redistribute the wealth of the nation (including reparations), give everyone health care, make it so the workers own the means of production, eliminate white privilege and male privilege and do all kinds of other good stuff too. And then we revert to our natural, reptilian forms because all this shapeshifting is just EXHAUSTING.

After all the beheadings, of course.

You guys got any good ideas?