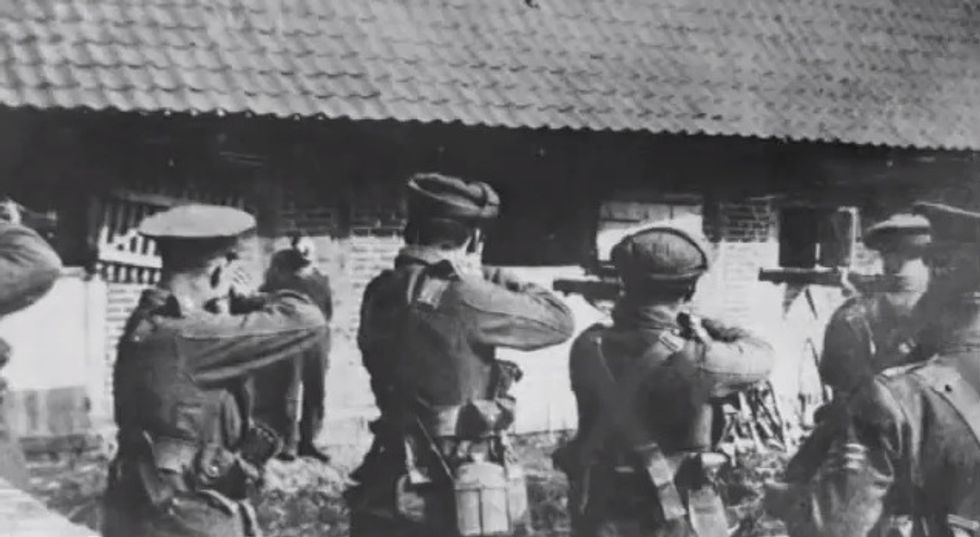 You'd think that by now, there'd be a memo to all minor Republican officials reminding them to avoid saying really stupid things on the internet. Happily for Yr Wonkette, there's either no such memo, or Debbie Dunnegan, the recorder of deeds for Jefferson County, Missouri, never read it. And she just can't understand why anyone would be upset over a little old message that she posted to Facebook:

I have a question for all my friends who have served or are currently serving in our military...having not put on a uniform nor taken any type military oath, there has to be something that I am just not aware of. But I cannot and do not understand why no action is being taken against our domestic enemy. I know he is supposedly the commander in chief but the constitution gives you the authority. What am I missing? Thank you for your bravery and may God keep you safe.

For heaven's sake, it was just a question about taking military action against one sworn enemy of the United States, its twice-elected president and "supposed" commander in chief. It's not like she was calling on them to overthrow the entire government. Why are people getting so het up about that?

The St. Louis Post-Dispatch even gave her the benefit of the doubt, saying that "some are interpreting [the message] as an attack on President Barack Obama." And some others, apparently, are not. These people are members of the complete fucking moron community.

But Dunnegan explained that, no, she wasn't actually calling for a coup. She was just asking a question about the details of the military oath and what exactly it means when it says "all enemies foreign and domestic."

Because when you openly state that the POTUS is an enemy of the United States, and assert that the Constitution gives the military the authority to remove a commander in chief if he's The Enemy -- a power embedded, surprisingly enough, in a creative reading of the Third Amendment -- you aren't expressing any "ill will." Instead, says Dunnegan, her innocent little question about military oaths and how they relate to removing The Enemy in our midst just got twisted into some kind of call for a coup. Imagine that!

Also, she knows the real reason people are making such a big deal out of nothing. She's up for re-election, and you know how people can be, just overreacting to any little thing as if it were a public call for the military to take action against our domestic enemy in the White House.

"Something innocent and simple got twisted into a disaster because it’s an election," she said. Just for the sake of helping out Ms. Dunnegan, the nice folks at Crooks And Liars looked up the oaths of enlistment, which it turns out is available on the internet, just like Facebook! They even bolded a part that she may want to familiarize herself with:

"I, _____, do solemnly swear (or affirm) that I will support and defend the Constitution of the United States against all enemies, foreign and domestic; that I will bear true faith and allegiance to the same; and that I will obey the orders of the President of the United States and the orders of the officers appointed over me, according to regulations and the Uniform Code of Military Justice. So help me God." (Title 10, US Code; Act of 5 May 1960 replacing the wording first adopted in 1789, with amendment effective 5 October 1962).

OK, but if he's a Kenyan Usurper, he's not really the president, and how does this even resolve her dilemma?