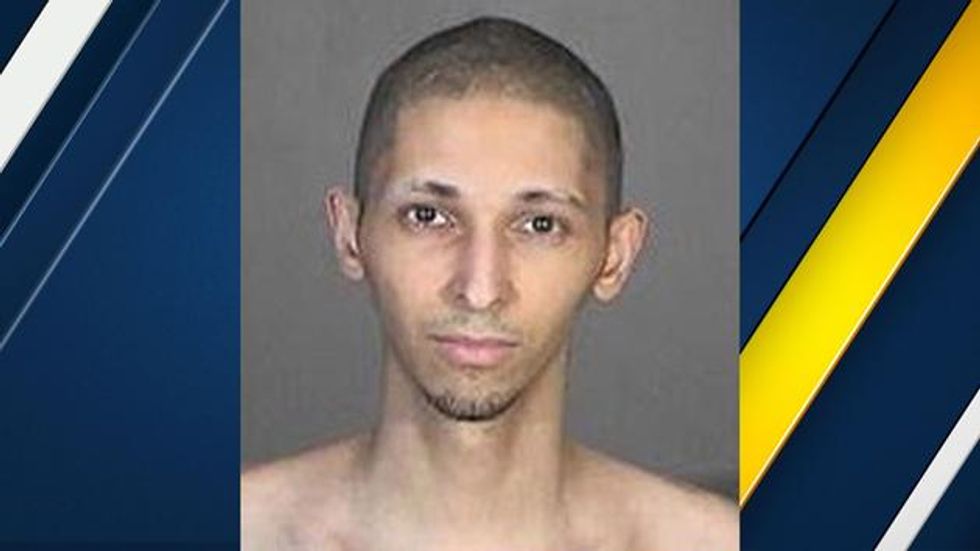 Tyler Raj Barriss is unclear about what is bad about sending SWAT teams to people's houses!

Yesterday, 28-year-old Andrew Finch was shot and killed by a police officer after some Call of Duty-playing dickweasel sent a SWAT team to his house. The "swatting" had been intended for another Call of Duty player, who gave Finch's address as his own.

The police were told that the person living at Finch's address had just killed his father and was holding his mother and a sibling hostage. When they showed up, Finch reportedly reached for his waistband and a cop, thinking he was reaching for a gun, shot him. And now he is dead. A human being is dead. A family is shattered. Because some twerp wanted to play a prank, because a police officer was too quick on the draw.

Tyler Raj Barriss, 25 -- known online as "SWAuTistic" -- has since been arrested for having arranged the swatting after confessing online. After the news broke, Bariss tweeted “I DIDNT GET ANYONE KILLED BECAUSE I DIDNT DISCHARGE A WEAPON AND BEING A SWAT MEMBER ISNT MY PROFESSION.”

He then participated in an interview with YouTuber Keemstar, in which he did not seem to fully grasp that he had done anything wrong. Imagine being 25-years-old and unable to see why sending armed police officers to a person's house is not a good thing to do.

Bariss, who has a history of swatting people and "evacuating" places with false bomb threats and claims he is often paid to do this, explains that another Call of Duty player approached him saying that the intended target of the swatting had given him an address and "didn't think anything was going to happen to him." Bariss then contacted the initial target, who then taunted him by suggesting that he would not actually send a SWAT team to his house.

Bariss claims he was practically forced to send a SWAT team to the address provided to him by a complete stranger -- who probably should have instead suggested that Bariss was too much of a pussy to give him a million dollars. Reportedly, however, this had something to do with a bet of one dollar and fifty cents. Definitely worth a man's life!

Bariss explained that he felt absolutely no remorse for the man who died or for his family, and did not appear to understand why he should. He also does not think he should go to jail for murder, even though his actions resulted in getting a man killed.

Swatting has been a common thing for years. Gamers often target each other with this and then post the videos online -- they also target cam girls and celebrities. This is not the first time that this practice has resulted in someone getting shot, either -- in 2015, a police chief was shot after he and other officers blasted through a targets door. The target was unaware that the man was a police officer and shot him several times.

This shit is not cute. It's a horrible and cruel thing to do to someone, even if they're not injured in the process. What kind of person thinks something like this is merely a whimsical prank? What is wrong with these people?

This may seem like a stretch, but I absolutely do believe there's a relation here between behavior like this and the current swell of interest in far right politics, Nazi shit and the economic principles of Murray Rothbard in this younger generation. I think that a lack of actual human interaction is preventing them from developing the ability to empathize with other human beings.

Bariss's online name was "SWauTistic." It's very common for posters on 4chan and other messaging boards to refer to themselves as being "autistic." In one of Milo Yiannopoulis' Breitbart screeds, he suggested that women should leave the internet and allow men to be their "delightfully autistic" selves.

Time for some honesty. Women are — and you won’t hear this anywhere else — screwing up the internet for men by invading every space we have online and ruining it with attention-seeking and a needy, demanding, touchy-feely form of modern feminism that quickly comes into conflict with men’s natural tendency to be boisterous, confrontational and delightfully autistic.

When they say this, they're not referring to actually being autistic. They are referring to being "socially awkward" and without empathy. Which, frankly, is pretty disparaging to people who are actually on the spectrum. But they've created for themselves a world where empathy does not matter. Where suggestions that they have compassion for other human beings are treated as the cruelest form of extortion. They assume that anyone who does have compassion for other human beings is faking it, they deride it as "virtue signaling."

I am far from an advocate of excessive sentencing, but I absolutely do believe this ass should be charged with murder or at least manslaughter. This is not OK.

PLEASE DO NOT SWAT ME, and also please donate to Wonkette!