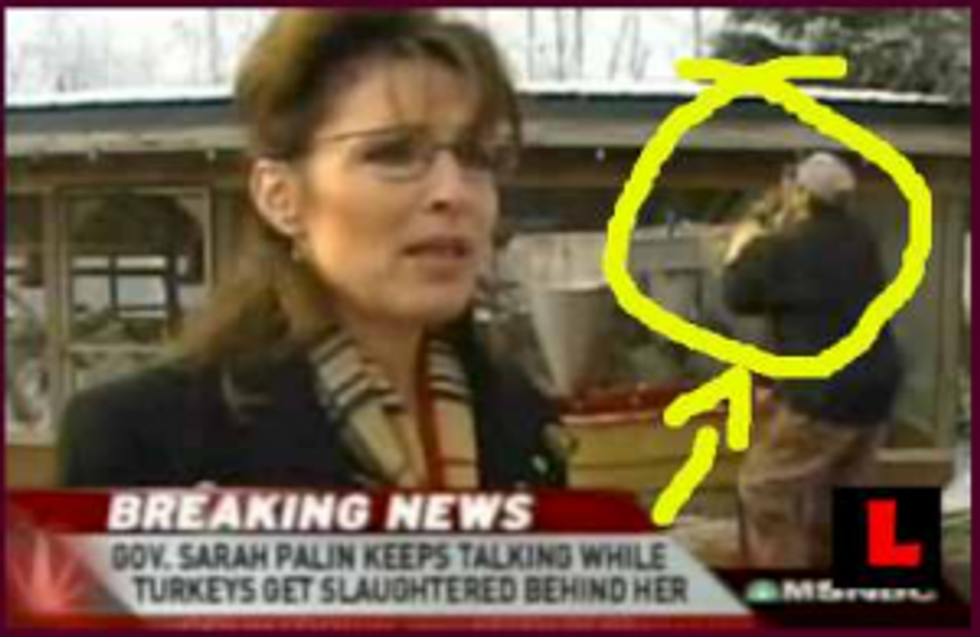 Uhh, question of immense literary and historical importance: What does Sarah Palin's departure from politics mean for Sarah Palin's nascent book about being involved in politics? Probably nothing! Recall back to May: HarperCollinsproudly announced that it would be publishing Palin's book about bein' a soccer mom and bein' a hockey governor and bein' a mom to a transgendered pitbull, and whatever else, doesn't even matter, because they paid her ~one billion dollars for the privilege of distributing her words to the American public. So will HarperCollins publish Sarah Palin's book about being governor that afternoon she was governor on a dare, or will they force her to write about ... whatever it is she plans to do that she thinks will affect political change more than being paid to affect political change (cuckolding Todd with Argentinian Todd,T erencio, on a sandmobile??)?

Let's hope that HarperCollins is savvier than Sentinel, the impossibly foolish "conservative imprint" that force-quitted Mark Sanford's economic manifesto instead of demanding that he write and illustrate a Spanish-language epic poem with accompanying pop-out drawings about his line-crossing Adventure Trips.

Whatever its content, the Palin book—let's give it a working title of Je Confuse -- will be released on Mothers Day 2010. Oh but wait wait! Don't rush off to pre-order it for mom just yet! Do make sure to get the Christian Collectors' Edition, published by HarperCollins' faith-y imprint, "Zondervan." [TIME]