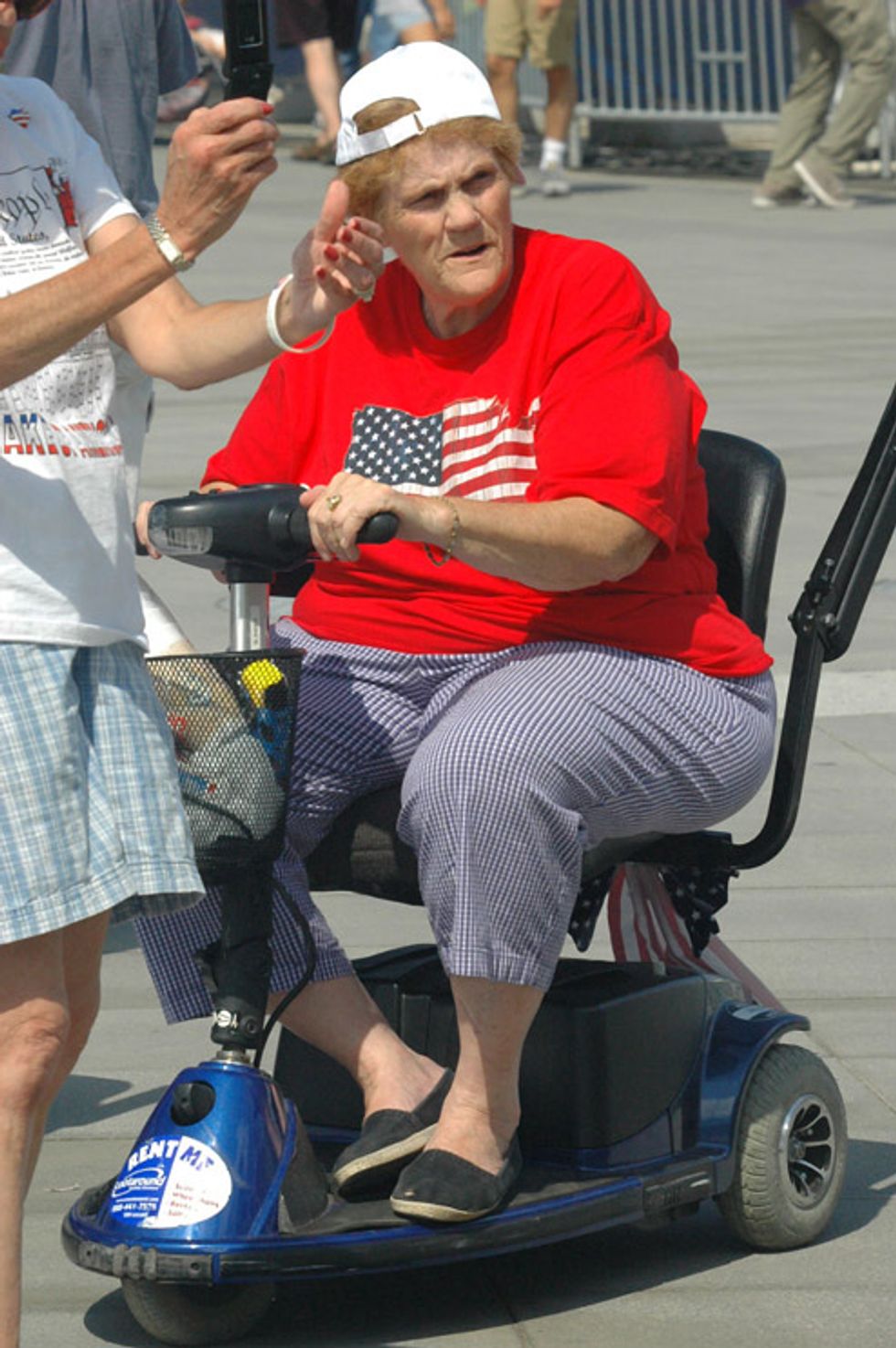 This website still exists. It’s a political weblog, known for “rounding up” the day’s Internet news pages and offering unique “online-only” points-of-view on the Beltway’s goings-on. Someone should have taken a photo of it and placed it within the text of “Chapter 12: Surfing Out Into the World Wide Web” in the American history file of a child’s Google-branded textbook viewing glasses. And yet it is still being updated, here, in 2014! And thriving! And doing interesting things! It is a strange phenomenon for many reasons, not the least of which is that I sort of almost destroyed it a few years ago, when I regarded a person as he should not be regarded.

Rereading today some of the Facebook messages I received around that time was not a pleasant experience. A bunch of people, for a period of about 72 hours or so in 2011, knew me to be a terrible human being, and had some pretty damning evidence in support of this view. Some of them even wished me to be dead! I am not dead at this time.

I just now clicked through to one of their profiles, though, and that person is dead, apparently. People recently left messages on her Wall, telling her that they loved and missed her. Hating me was apparently one of the last things she did on Earth. But I guess I will die soon too, relatively speaking, having also hated people.

Hating people on the Internet is pretty fun. One time on this website, I made fun of a neglectful, abusive parent who told people child protective services took the children out of his home for political reasons (they hated his guns), not because he was a terrible, dangerous man. Another Internet writer at a thing called Reason (this is called “a troll” on the Internet, naming things like this that are destined to fall short) took the guy at his word and lambasted me for hating his guns. (The reason he lost his children was, in fact, that he hurt his children.) I delighted in hating this Reason man and piling on him for a little while. Blog wars were fun, back when blogs were a little more of a thing.

Later, I myself was piled on, for the aforementioned egregious ways I talked about Sarah Palin’s son. The Internet is getting more advanced at this all the time. When Wonkette first started, a small patchwork of weblogs such as this and similar Online Hangouts had to all come together, in a number of days, to generate a significant enough amount of outrage about a person to make the general public aware. And what’s more, the person who had acted outrageously was already famous! In 2014, we can locate the most egregious person of the day, even if nobody is listening to them, even if they are a teenager, even if they are presently tens of thousands of feet in the air, and simultaneously all decide to hate them. It’s incredible, the Internet these days, passing this ol’ blog by as it lounges on the porch.

Maybe I should stop making Wonkette sound irrelevant? No, that’s part of the charm! If this site ever looked cutting-edge, it had to have been 2004, and it had to have just been because words were on a screen. This blog willfully uses outdated memes, Web artifacts, and weird pictures. It is not going to suddenly be taken up by teenagers as the newest platform for sharing recordings of their sex organs / telling each other to kill themselves / sharing recordings of them killing themselves, which is the process that gives tech things “value.”

Yet this place was always one of my favorite places on the Internet.

I’ve already composed a love letter to this site -- the day before I left your Wonkette forever, I wrote posts in the style of the blog of yore. I tried to use some of the same sources as were used in years like 2004 or 2005, but most of the sites were long dead. It says something about this site that it’s outlasted them all.

It says more that those old Wonkette feature formats were terrible to read again. Just awful, unclickable content, nothing anyone would want to read any more. And yet ye olde weblog is still here, because it must mean something to some people.

One time when I was writing here, a nobody in South Carolina got 358,069 votes for U.S. Senate. They were 358,069 votes you just got for just being a guy there who wasn’t the other guy. You could tell people some of your ideas, maybe, and even get more votes. But you got 358,069 votes just for being there. Suddenly, some guy said he was just going to sit in his dad’s house and not campaign, but he would take those votes. He would let 358,069 people declare him as their choice to lead them, sure. The media said he was crazy for taking these votes. Who would put himself on the ballot for U.S. Senate if he wasn’t even going to win? What is the point of running for office if you’re not one of the pre-ordained winners? Only a crazy person would do that. And he probably was, but he got 358,069 votes.

And those 358,069 votes were more votes than a bunch of other, much more “powerful” (in that they get more money or whatever) people got, but those people still were allowed to be some of the more important Senators (in that they get to appear more often on four or so teevee channels that play constantly in airports and doctor’s offices and the homes of people over the age of 60).

Anyway, this is what politics is. You guys here are just sort of waiting for these awful powerful people to die, but they never do (or they “lose” and become lobbyists, thus becoming much more powerful). After a lifetime of Faustian bargains to get where they’re at, they made a final deal to get a painting of America done up real nice, with the eagles and amendments and what have you, and stick it up in an attic where the picture of America looks older and more disfigured all the time, and just sort of falls apart, even though or because the powerful people aren’t really doing much of anything.

One rational response is to stop paying attention to all this stuff. That’s basically what I’m doing now! I’ve actually spent more time in the past year reading about aneuploidies than politics.

But the other, perhaps more moral thing to do is keep paying attention to Washington, because the true reason it is so awful is that it has the capacity to do so much good. The only way to really stomach it is to make fun of it, repeatedly, for the truth that it is. And so you are here. In addition to needing something to waste your employer’s time on at work.

The writing work I do these days is in more of the longer form, may-or-may-not-ever-see-the-light-of-day realm, but I miss this platform. Not because it was “a platform,” but because Wonketteers are good, smart, funny folks, and I liked being read by them. I wish I had spent more time in the comments, but I was too busy cringing through my own bad jokes, feeling defeated that I couldn’t do better, aping Ken Layne’s writing style (except for this, what the hell was that), overwriting every damn thing, making myriad weird grammatical and spelling errors in my own writing that I couldn’t catch even though I called myself “editor,” and, most of all, picking on disabled children.

(But hey, the combined benefit of such constant stress to get accurate, funny posts out and the bad pay unfit to buy adequate food, considering all the alcohol you have to purchase, is your BMI drops to a “healthy” 21.1!)

Obviously this site is still supported by weird, often dumbfounding advertising (Meghan McCain’s book surrounded everything for a week on this site? Newsmax is in the sidebar here right now?), despite the exodus of that antsy John guy who repeatedly insists the Chinese and depressed exurban American consumers who buy his rancid manufactured orbs of corn-syrup-based pizza-product CALL HIM PAPA. But also you people donate to this site now, because it is worth something to you, like those people who pay Andrew Sullivan, except I think the deal there was those people got a free subscription as part of that Lululemon yoga-pants recall.

You people care about this place, apparently. When most of the dying media seems to either be wooing a Facebook guy to buy them and keep them alive, or hoping Facebook sends over so many “likes” they accidentally slip in $3 billion that fell off their desk, or just converting all the monetary value of breaking news stories into revenue that is inflated 5000% and then deposited directly in the pocket of whoever was the biggest asshole at Twitter when it started, this little ancient blog keeps on going with the actual support of actual human beings. It’s cool to see. Here’s to another 10 years.

Haha, just kidding, this isn’t poignant, you’re all wasting our lives here, what the hell even is this blog, it’s all going down in a week, probably due to me again, let’s be honest.