Hide Your Children! It's Your Arizona And Florida Primary Day Open Thread! 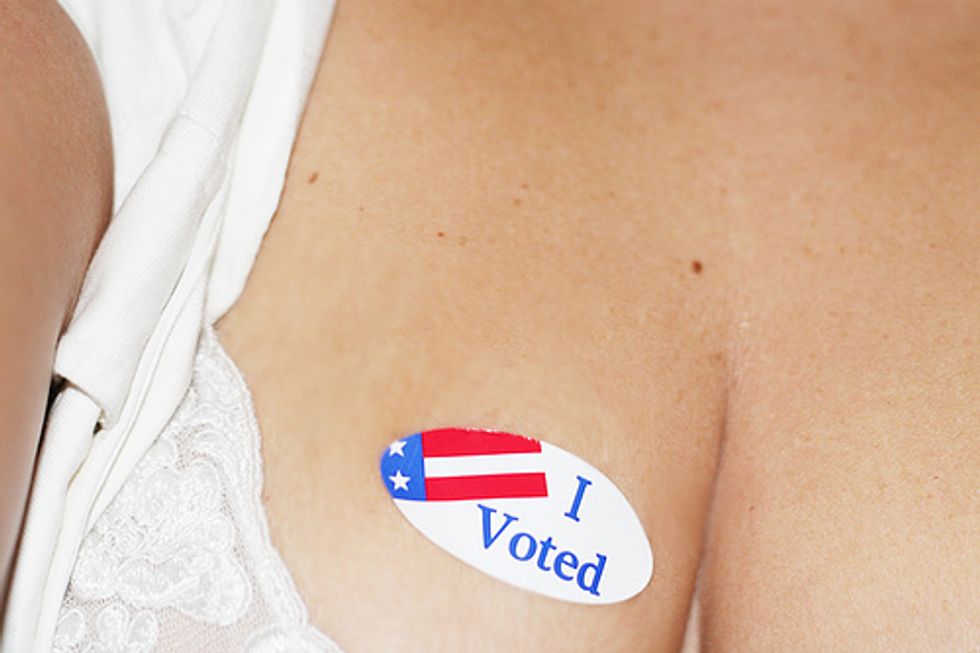 You cover up your dirty pillows with a long-form birth certificate, young lady

It's Primary Day in Arizona and Florida! Oh, the excitement, the trepidation, the nail-biting suspense, and the endless repetition of the cable networks' brass-heavy election-night theme music, which worms its way into your brain for the next day or so, leaving you a burnt-out wreck! Let's see whose necks are on the electoral line tonight!

In Arizona, of course, the big race is the Republican primary between million-term U.S. Sen. John McCain and state Sen. Kelli Ward, who's running at him from the angry bees Tea Party right, and while it looked like a gimme for McCain a few months back, as of right now the margin is either razor-thin in McCain's favor if you're the balanced, unskewed Breitbart-Gravis poll, or maybe McCain is thumping Ward comfortably by 55-29, if you're the completely unreliable CNN/ORC poll. It's difficult to say whether Ward will be helped or hurt by her suggestion that McCain, who turned 80 Monday, is "old"; in a state full of retirees, we're thinking it may not have been the smartest plan.

Your Senate Sunday: Florida's U.S. Senate Race About As Screwy As Everything Else In Florida

Florida's having another election. Please tighten your safety belts and assume your crash positions.

In Florida, Marco Rubio's reentry into the Republican Senate primary took all the fun out of the thing, but there are still some also-rans also running, for what it's worth. Most of the newsy stuff is happening on the "D" ballot, with perfectly tolerable establishment centrist-liberal U.S. Rep. Patrick Murphy expected to win the nomination over unstable kind of scary U.S. Rep. Alan Grayson, who had his media moment with the Republican Healthcare Plan -- "Die Quickly" -- and then we all found out he was an alleged spouse abuser and we said, yuck no way.

The other big Florida Dem primary is between former DNC chair Debbie Wasserman Schulz, who brought together Hillary and Bernie supporters by making both loathe her, and Hot Guy Tim Canova, who was endorsed by Bernie Sanders and has a way cool name like maybe he could be a spy, even. Or a variety of vegetable oil. We like Canova, because jesus christ, DWS.

There is your preview. Will we be liveblogging? Hell no, it's a couple of state primaries. But Yr Dok Zoom may drop by the comments to make sure you hyper-partisan McCain and Ward supporters aren't at each other's throats all night. Be nice, remember the rules, and don't make us miss Rachel Maddow, OK?