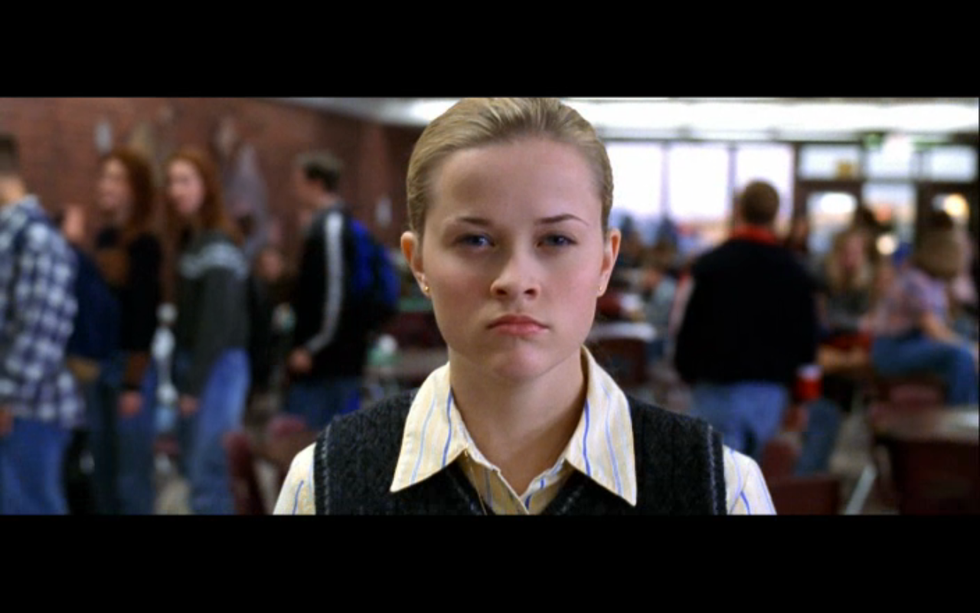 This week, Bernie Sanders's campaign manager, Jeff Weaver, warned that Hillary Clinton was in danger of destroying the Democratic Party through her ambition to become president.

Hillary Clinton washes up for supper.

Hillary Clinton, because she has been warned by her media coaches (which she has because she is a phony) not to actually drink the blood of rival campaign managers while anyone is watching, replied by laughing in an unhinged and possibly drunken manner.

"We want to have a party at the end of this that we can unify," he added.

Weaver said Sanders and Clinton should generally engage in a "tough debate" on issues, but he added, "Let's not denigrate other's supporters and tear the party apart."

Funny story! Your Wonkette is officially neutral in the Democratic primary because THEY'RE BOTH FINE! THEY'RE BOTH GOOD! Shy and Dok Zoom (to my knowledge) are personally voting for Bernie. Evan and I are personally voting for Hillary. We try to be very fair! We don't like when the candidates attack each other! When Sanders wins, we give him a golf clap and a hearty hale fellow well met! When Hillary wins OH MY GOD SHE IS A CORRUPT THIEF OF CORRUPTION AND THAT IS THE ONLY WAY SHE IS WINNING IS BECAUSE SHE STEALS ALL OF THE THINGS AND OH MY GOD SHE RAISED MONEY FOR THE DEMOCRATIC PARTY DOES HER CORRUPTION KNOW NO BOUNDS?

HILLARY CLINTON WILL NOT BE IGNORED

Yes, I was dismayed to learn this week that raising money for the DNC and state parties is proof positive that Hillary Clinton is trying to steal the election ... by trying to strengthen the party so she (OR BERNIE SANDERS!) can have a Congress she (OR HE!) can work with, and state legislatures that might possibly unfuck the districts Republicans have gerrymandered so grossly this decade.

I called my aunt, a grand dame superdelegate active in Democratic politics since the 1950s. Is it AT ALL possible the Hillary Victory Fund could be an attempt to influence superdelegates' votes? My aunt screeched like a common Hillary Clinton. The short answer was no. Was it AT ALL possible I was maybe being naive? More short answer no. Was I correct in reading this as a positively Rovian smear like the Swift Boating of John Kerry, where you attack a candidate not for her weakness, but for her strength, thereby neutralizing it? Short answer: I am an insightful woman with an excellent grasp of history, or at least that was how I heard it. She may have just said "yes."

In the meantime, calls to "harass" superdelegates who are voting for Clinton have not had excellent results so far, if your aim is to persuade people to actually vote for Bernie Sanders. If your aim is actually to be an asshole, then they've got that covered.

As for denigrating candidates' supporters, I spent several hours this week fielding texts from a very close friend explaining that as a "bought and paid for" "Hillary shill" "one-percenter" "piece of shit" "centrist" "NOT A LIBERAL," I am disowned. We can be friends though if I throw the weight of Wonkette behind Bernie instead of the corrupt crook who didn't even come out for gay marriage until yesterday, and if I stop profiting off Bernie Sanders by selling these shirts, made by my loser husband, who supports Bernie but works for Wonkette, so he does not get a pass from either being a shill or being married to me: