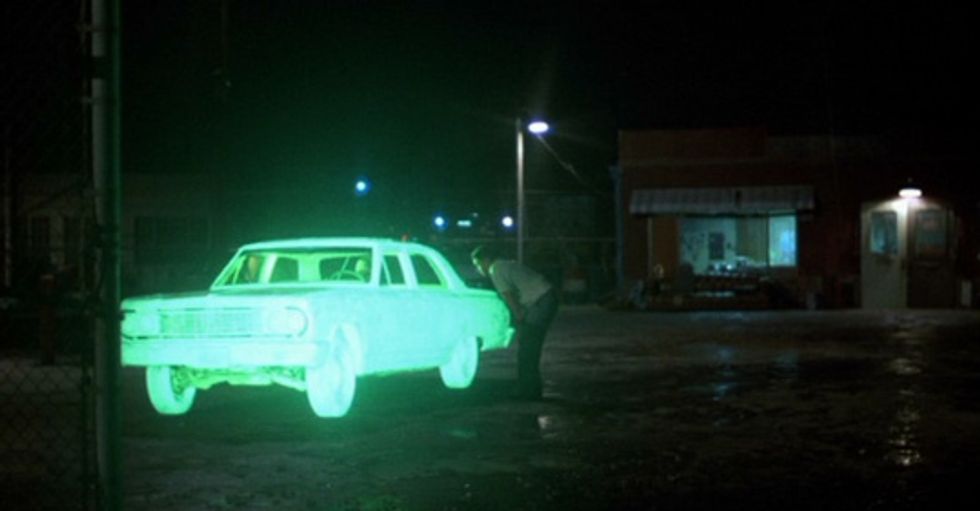 yeah, you got it! a time machine!

Your Facebook friends revealed a new conspiracy to steal the United States presidency this weekend: the New York Board of Elections "recently" changed primary voting hours, cutting tomorrow's election to a measly six hours. But only upstate, where Bernie Sanders supporters live, and not in New York City and Long Island, which is Hillz Country! What even the fuck, man! Shit is fucked up and bullshit!

Fuck man, for real that is ... oh wait, that has been the law since 1909? Why, Hillary Clinton wasn't even alive in 1909. There is only one explanation, and that is that Hillary Clinton took Barack Obama's time machine out for a joyride!

The person who originally clogged your Facebook timeline with reposts of this recent development says he works at the New York Board of Elections. So I feel like he should already know this, but in case he doesn't.

The law dates to 1909, and originally set hours of 12 to 9 p.m. for primary elections everywhere except for New York City, where the hours were 3 to 10 p.m.

Well, in those years Hillary Clinton was definitely alive, though probably not involving herself in New York election law. But maybe she was! Maybe she changed New York City's voting hours when she went back to plant Obama's certificate of live birth in the Hawaii registrar's office!

"The varying hours of operating for polling places strike at the heart of one's voting rights," state Supreme Court Justice Lawrence Kahn wrote in finding the law unconstitutional in 1982. "A farmer in his pickup truck is entitled to the same opportunity to vote in a primary as a subway commuter."

We agree with Justice Kahn! But he was struck down on appeal by the New York Supreme Court. Which Hillary stacked when she murdered everyone on it and put Lanny Davis on there nine times.