Hillary Clinton Confronts French Furry Stalker, CNN Is ON IT 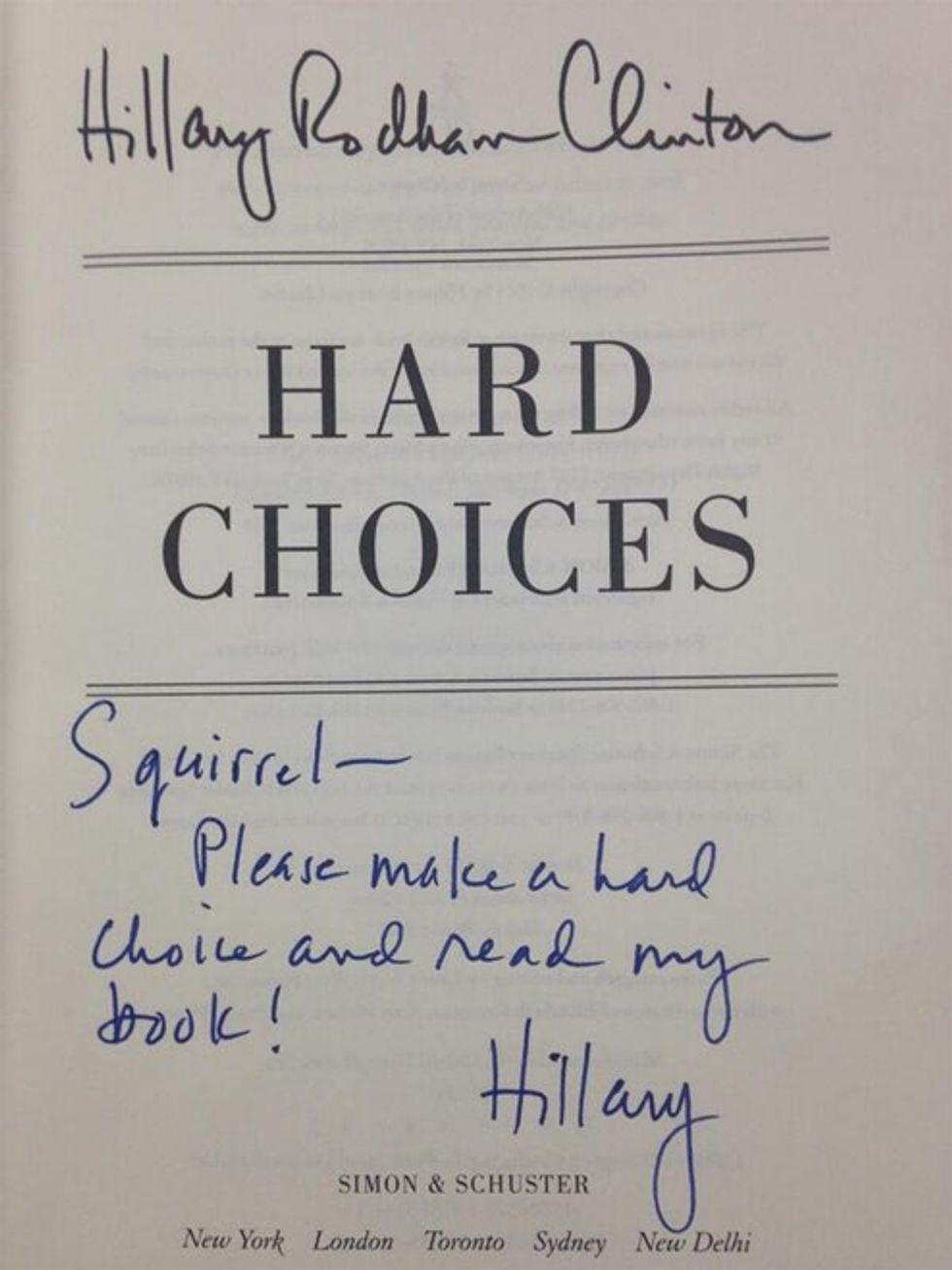 Hillary Clinton has apparently taken the first step toward détente with the Republican National Committee's ingenious French Squirrel Costume, deftly defusing the sciurid threat to her campaign by shaking his (?) hand and giving the critter a copy of her book. CNN has the hard-hitting analysis, after the jump.

Why yes, you did just watch Wolf Blitzer and a gaggle of journalists discussing the wisdom of Clinton's decision to engage the furry instead of avoiding it. It was, according to one,

"a very vintage 2000 senate-race moment, taking the criticism head on. And it works... And even some Republicans think the squirrel is a tad goofy. So she made the most of that moment."

To which Wolf Blitzer heartily added, "She certainly did."

And because we are a VALUE-ADDED mommyblog, we even found a pic of the autographed book on the squirrel's twitter stream:

Bravo, Hillary. You could have just scurried away, but instead, you took the squirrel by the nuts and confronted him. Wonkette pledges to bring you all the latest Squirrelghazi news as it breaks, unless for some reason we are distracted.

Follow Doktor Zoom on Twitter. The Democrats have so far resisted his suggestion that they put forward a Twilight Sparkle cosplayer to debate the Republican squirrel.