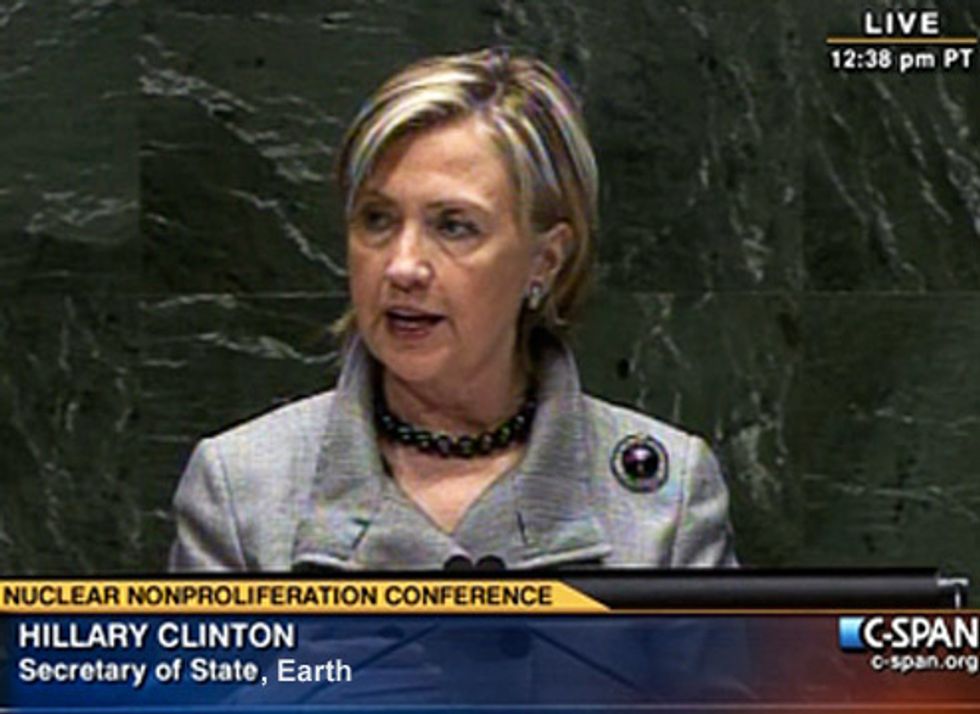 Did you hear old what's-his-name, "Current Bogeyman," just rappin' about Chomsky at the United Nations today? He must've run really fast from that Pathfinder he left in Times Square, AMIRITE??

Anyway, then Hillary took her Diplomatic Shuttle down from the Battlestar Galactica, as proven by this CSPAN video capture technology, which Steve Jobs has outlawed on the Power Mac, the end. [New York/Washington Post]