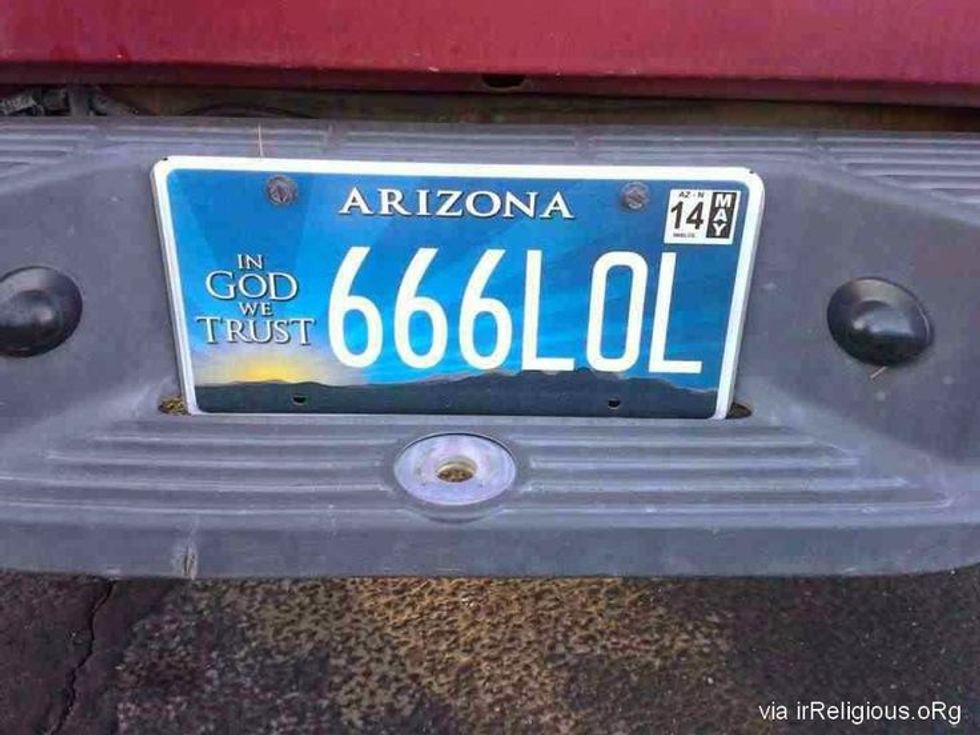 Arizona obviously heading for the dark side this year.

Greetings, loveys, we are here with Part Deux of what might end up being our 57-part (one for each state, THANKS OBAMA) series on states where Hillary Clinton is going to beat Donald Trump's ass with a wet pantsuit. In Part One, we learned that Trump is doing so poorly in Utah, he might actually somehow manage to lose the state, which has not gone to a Democrat in 52 years! Now, is that really going to happen? DUNNO! Polls taken in June of an election year don't really mean wombat titties anyways. UNLESS THEY DO.

Now, we will travel south from Utah and cross the border to Arizona, where (LOL) Hillary Clinton might beat Trump, according to a new poll:

A new statewide poll gives Hillary Clinton a surprising lead over Donald Trump in the 2016 presidential race in Arizona.

Clinton gets 46.5 percent versus 42.2 percent for Trump in 1,060-voter poll conducted by Phoenix-based OH Predictive Insights.

The poll also says that 5.8% are voting for a third party (go, go, Gadget Jill Stein and Gary Johnson!) and 5.6% of Arizonans just can't figure out who they like. Being a voter is tough! Hillary is leading by 12% among ze ladies, probably just because they are voting with their vaginas.

So, hooray! Hillz could win Arizona, which hasn't voted for a Democrat since 1996, when it was like, "Yes, we would prefer the Clenis!" But that was an outlier, as the Phoenix Business Journal points out that before that, the last time the state went blue was 1948, which is before our mom was born, #MomFact.

Of course, maybe she won't win Arizona (Hillz, not our mom), for it's such a red state that it keeps sending that American hero patriot John McCain back to the Senate, not to mention that grundlefuck other senator from Arizona, Jeff Flake.

[wonkbar]<a href="http://wonkette.com/601565/former-arizona-gov-jan-brewer-has-a-message-to-share-and-it-is-brosbeforehos"></a>[/wonkbar]And we ARE talking about the land of such American wingnut racist heroes as Sheriff Joe Arpaio and Jan Brewer. So ... it's an uphill climb, but you guys, Donald Trump may perhaps just suck that much.

According to some polling averages, Arizona is still "Likely Trump." BUT the gurus over at Real Clear Politics, who haven't even included this latest poll yet (lazy!), have the Arizona average as "Clinton +1.0%." HMMMMMM! (Fun sidenote: RCP's average for all of the US and A has Hillary up 5.9%, with no recent polls showing Trump winning.)

The point is that Hillary Clinton is the queen of Arizona now and will probably be the queen of all the other states too, God Bless America, the end.