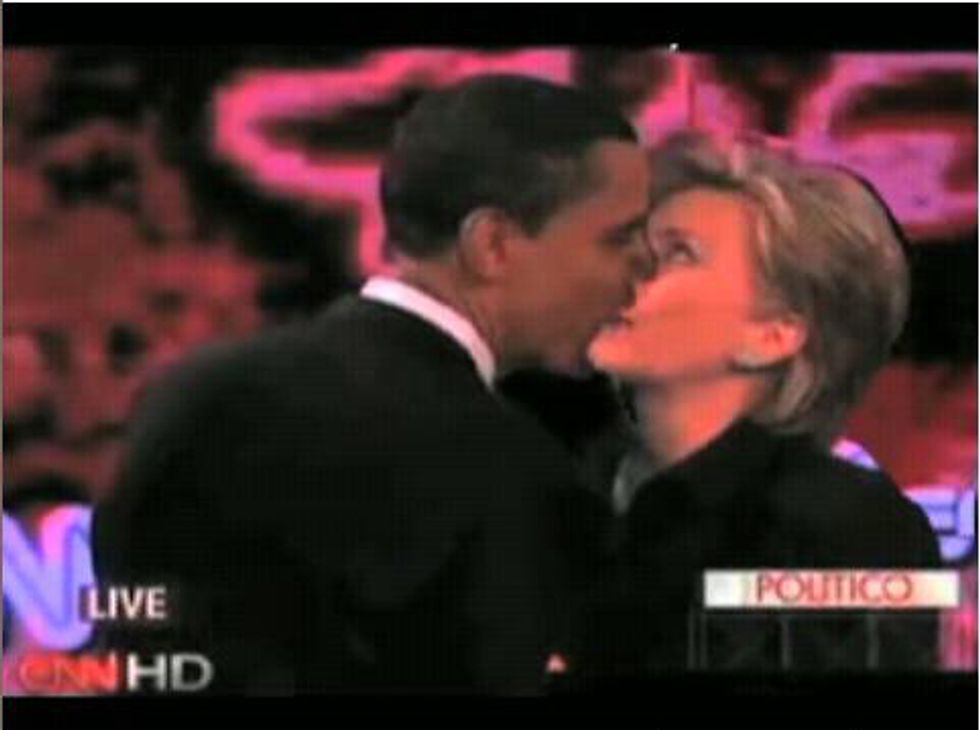 Basically, all the other VP picks are boring and a bunch of racist old Bitters who Hillary coaxed into the Democratic fold are rapidly defecting to McCain. But an Obama-Clinton ticket would get the Hilltards back on the bus, plus Barry clearly needs somebody who's vicious.

Also we would like to find out if Andrew Sullivan's body could continue to type 70 blog posts a day after his head explodes.

Obama: In Need of a Game Changer [CNN]