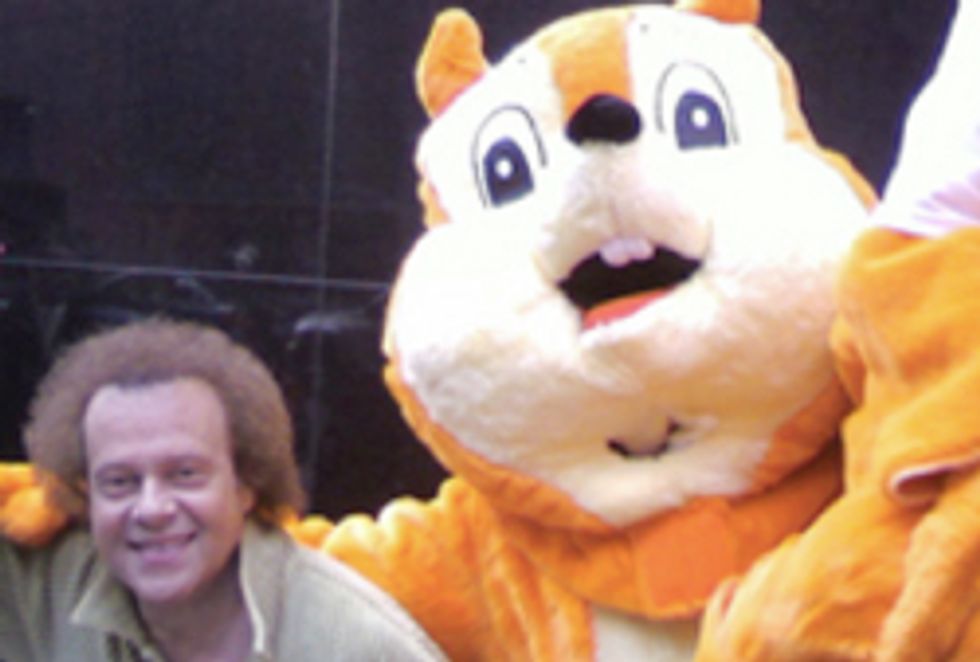 There is one thing standing between NY-23 "Conservative Party candidate" Doug Hoffman and his rightful election: the ACORN. Hoffman's supportersknow that ACORN -- a non-profit that focuses on such things as low-income housing -- is working behind the scenes with Obama and his friends, the Africans, to procure a stolen victory for the liberal Democrat candidate, Bill "Al Sharpton" Owens.

The Washington Independent's Dave Weigel, as usual, actually traveled to the latest wingnut hot spot, to embarrass them:

The gap between Hoffman and his supporters seemed to widen from the beginning of the day to the final rally. In the morning, as Vice President Joe Biden rallied Democrats in Watertown by portraying Hoffman as the candidate of Rush Limbaugh, Sarah Palin, and Tea Party activists. Outside, two dozen Hoffman supporters lined the sidewalks with signs that attacked Owens as a “Pelosi puppet” and an agent of ACORN.

“I was at a Tea Party, but this is too slow a process for me,” said John Dewitt, a contractor from Adams, N.Y. “I’m more on the violence side. I’m more of the Civil War, revolutionary kind of guy. I’m of the old school–you kick them in the ass and be done with it.”

The Hoffman backers outside of the Biden event all said they’d attended Tea Parties. Some were affiliated with Glenn Beck’s 9/12 Project. All worried that ACORN was going to show up in the district, or even at the Biden event–a paranoia that led to some minor awkwardness when an African-American Hoffman worker walked by.

“This guy’s with ACORN,” said Dewitt.

“Definitely, not from around here,” said businessman Erik Dunk.

There are, of course, no racial components to the right wing's campaign against ACORN.

A New Conservative Star Wrestles With the Spotlight [Washington Independent]