Hoosiers To Beat Up Old Man 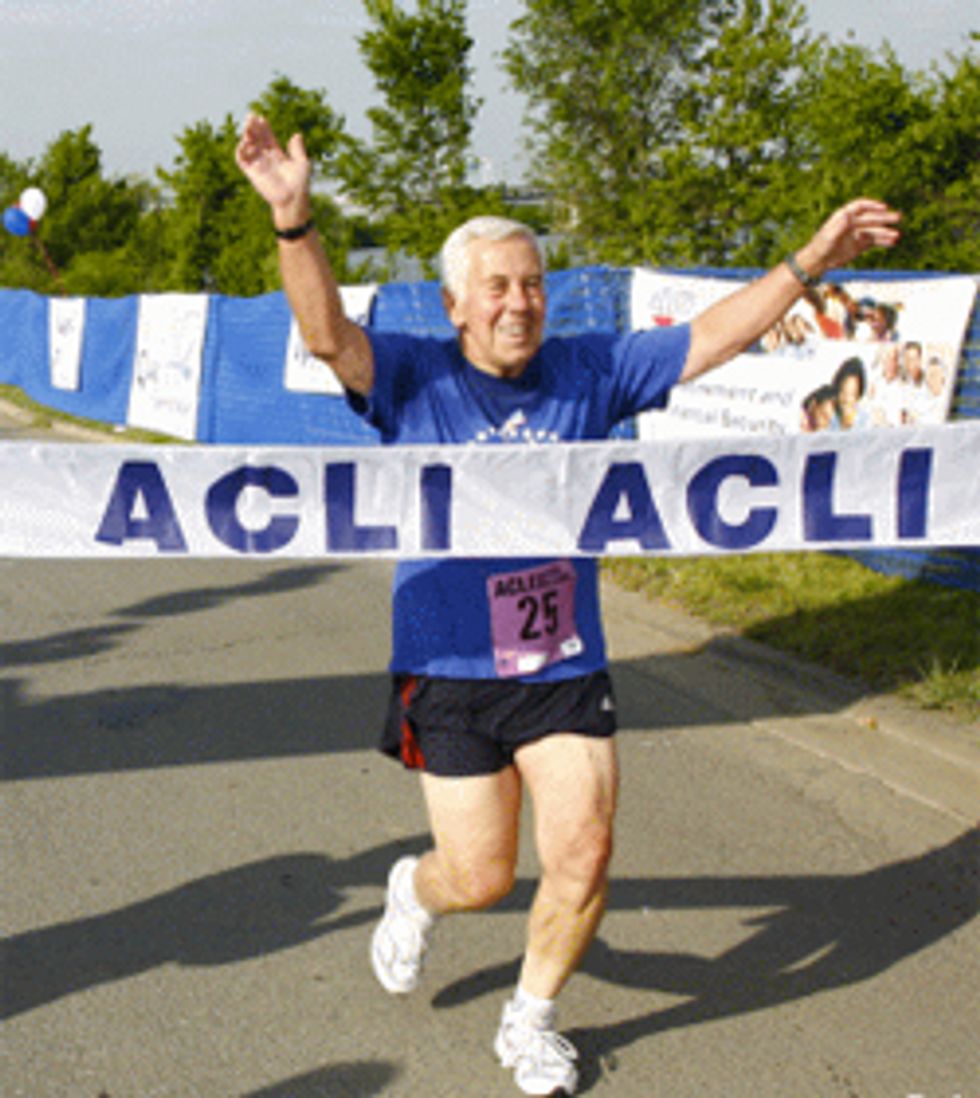 After 36 years in the Senate, Indiana's Dick Lugar will likely see his political career end tonight for the simple reason that he's talked to President Obama in good faith a couple of times over the past several years. That's really it! Bob Bennett's primary loss in 2010 was pretty bad, too, but at least they could point to the fact that he co-authored a health care bill with an individual mandate. (As have most Republicans at some point, so nevermind.) Dick Lugar, though? Here's a plain conservative white-haired feller who's put in several decades getting Indianans whatever they want -- and, since Republicans will probably win the Senate, is now in line to get them infinitely more with his seniority -- but, regrettably, hasn't punched enough Mexicans in the face over the last six years or called Obama aFarty Hitler yet. Oh, and he has a house in Washington, where he works! Destroy him!

Maybe this likely loss doesn't have much to do with his record at all. He's only losing because the Club for Growth picked his name out of a hat as Guy We Will Destroy Now Just To Show That We Can:

Outside groups have spent more than $1.3 million supporting Mourdock as well as more than $1.6 million in opposition to Lugar. Some groups jumping into the fray include the National Rifle Association and FreedomWorks. The biggest player in the race has been the super PAC Club for Growth Action, spending more than $1.4 million.

Barney Keller, a spokesman for the Club for Growth, the Washington-based organization which advocates for lower taxes, said his organization's PAC "believes that there is a big difference between Sen. Lugar's record of support for bailouts, tax increases and record levels of debt and Richard Mourdock's opposition to tax increases, bailouts and records level of debt."

Enjoy your new backbench junior senator with no power, who won't procure earmarks, and will vote the same way as Dick Lugar on 99.9% of all bills, Hoosier geniuses!