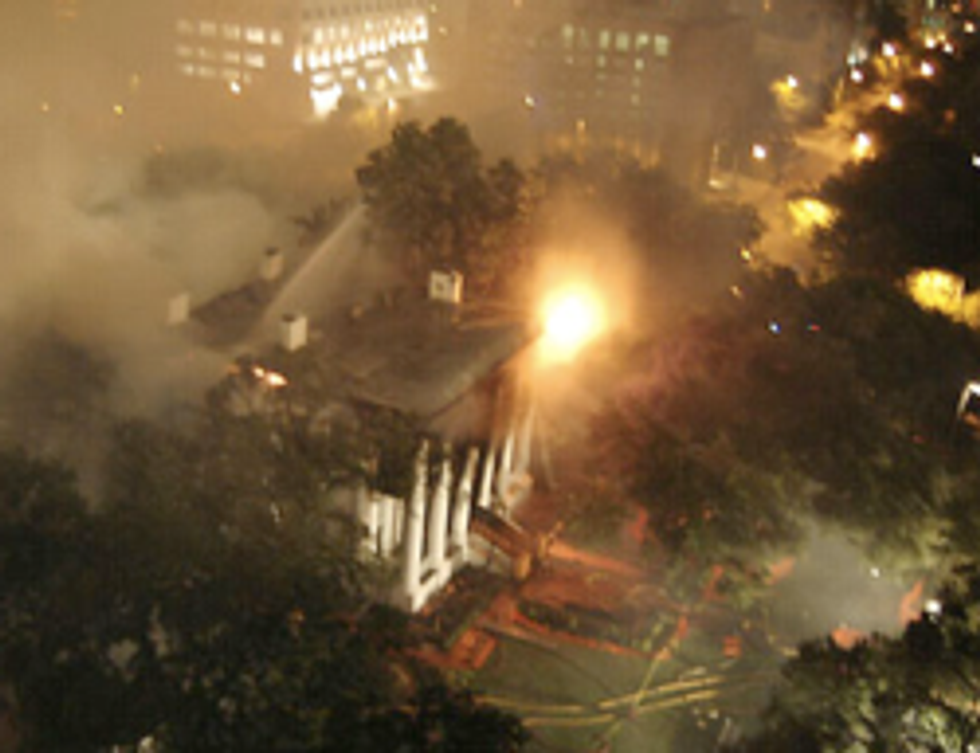 Oh look, gossip website Politico ispiddling itself with excitement over the tragic/predictable news that Rick Perry is "definitely totally" super almost officially about to run for this "President of the Damned" job that replaced the POTUS job title at some point during market trading today. This is basically the exact same headline we have been reading for weeks, but uh sure, let's reflect on how terrible this would be. Is everyone excited to be ruled by another illiterate D-student Texas devil clown whose weepy prayers are automatically forwarded to God's spam folder because God is already tired of the other idiot Texas frat prince who ruined His Earth with eternal wars and torture camps? Yes, apparently! Let's have a sneak preview!

Here it is: Texas currently leads the nation in minimum-wage jobs, executions, percentage of children without health insurance and is third in teen pregnancy. Only third! So everyone look forward to watching their kids suffer from treatable illnesses for a few minutes a day before heading off to their double shift at a $4-an-hour union-free workplace before being executed at age 64 to keep Medicare rolls low.

Rick Perry intends to use a speech in South Carolina on Saturday to make clear that he's running for president, POLITICO has learned.

According to two sources familiar with the plan, the Texas governor will remove any doubt about his White House intentions during his appearance at a RedState conference in Charleston.

It's uncertain whether Saturday will mark a formal declaration, but Perry's decision to disclose his intentions the same day as the Ames straw poll — and then hours later make his first trip to New Hampshire — will send shock waves through the race and upend whatever results come out of the straw poll.

Oh, so Saturday is still not necessarily even "formal declaration" day or whatever. Eh, why did we write this post. Oh well, this movie already gets negative two stars, etc. [Politico]
Kirsten B. Johnson