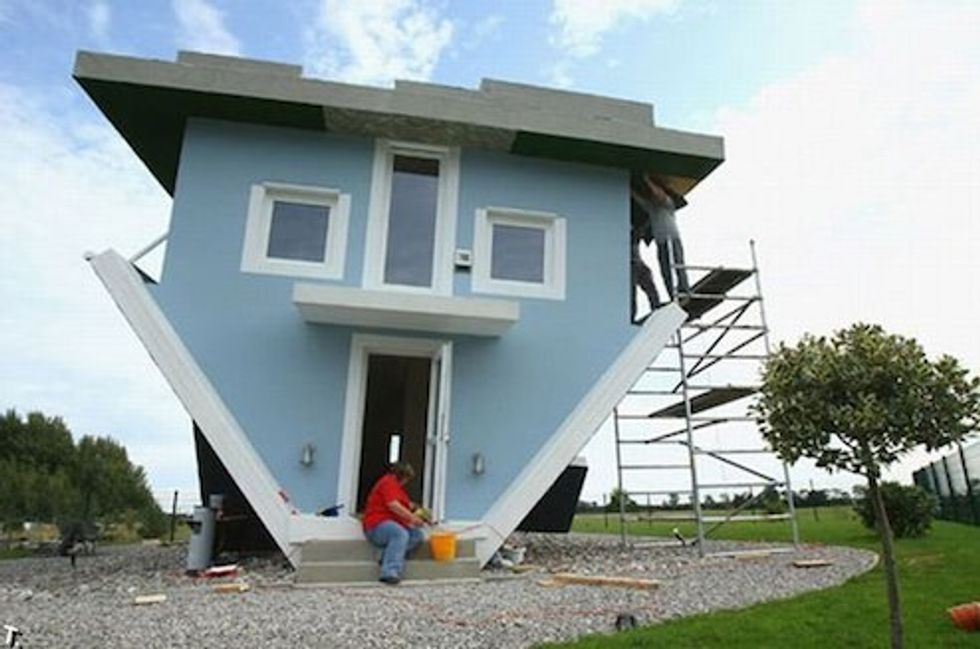 Do you watch HGTV and all those house-lust shows? Property Brothers, House Hunters, Flip It Fancy? We might have made that last one up. Anyway, there will be one less house show on in the fall, because apparently America is just not ready for some house-flipping brothers that hate the gays and the 'bortions. Oh yeah, and they also hate Muslins too, but that was sort of a given.

“Flip It Forward,” which was scheduled to premier in October, was supposed to feature David and Jason Benham as they helped families buy, repair, and sell real estate.

In a 2012 blog post on Operation Save America’s website, David Benham compared the fight against marriage to opposition to Nazi Germany.

“If evil is being accepted and appreciated at the national level, aggressive Christian men must lead the charge against it,” David Benham wrote. “In the late 1940s England realized this truth with Neville Chamberlain’s Policy of Appeasement and the Nazi regime. Chamberlain thought he could somehow ‘appease’ the fuehrer, yet Winston Churchill aggressively stood against this policy and proclaimed that they must kill Hitler and destroy the regime in its entirety. It wasn’t long before Chamberlain’s ‘politically correct’ policy fell flat on its face, and Churchill – the more aggressive man – took the reins and joined America in defeating the beast.”

You know, dude, when people talk about aggressive men that lovingly, they are usually working out some sexxxytime feels about that. Just sayin'. Oh wait. You're also sure that public schools are wrecking the homeland? Do tell.

Man, we just can't figure out why these guys wouldn't have a happy home on HGTV. They seem like such a nice fit!

To be fair, these house-loving brothers never really had a chance, given who their daddy was.

The brothers are the sons of Flip Benham, leader of the abortion-clinic protest group Operation Save America, which split from the militant anti-abortion group Operation Rescue in the late 1990s.

The elder Benham [...] protested outside mosques while shouting “Jesus hates Muslims” and blamed the Democratic Party for promoting a “culture of death” that caused the mass shooting in Aurora, Colorado.

Flip Benham was convicted in 2011 of stalking a Charlotte, N.C., abortion provider and sentenced to 18 months probation.

This whole family seems super duper nice. Perhaps A&E will give them a reality show that airs right after Duck Dynasty, because that actually is where these guys will thrive. We smell a hit!